Aircraft in the size range of the Cessna Citation X — or larger — can be fitted with Viasat’s Ku-band Advanced, and passengers will be able to access full websites, make Skype calls, and send emails with large attachments, pictures and video. 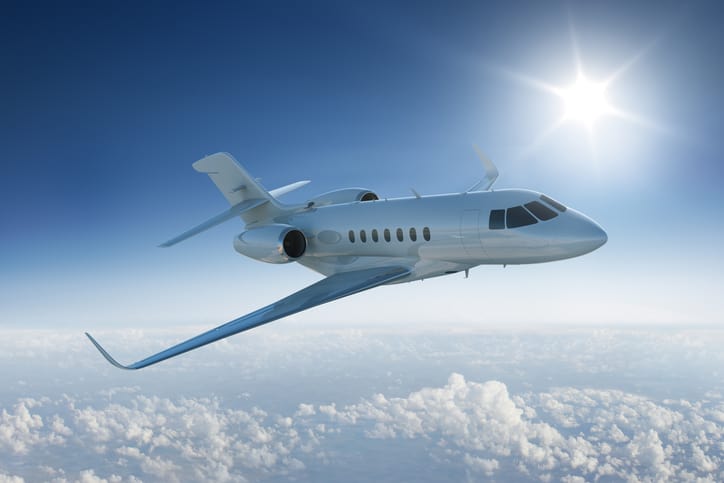 Do you remember dial-up modems? Those 1990-era devices that connected your computer with the nascent internet and world wide web? They beeped and booped, and connected with a rushing-waterfall sound, giving you the ability to send email and text messages, and play early social computer games.

No photos, no video, but at least you were connected.

Almost 30 years later, it might be surprising to know that about half of large cabin business jets have connectivity that doesn’t work much better than an early dial-up modem. These planes have an L-band satellite system installed – a system that was original designed in the 1970s for maritime communications.

By moving from an unpredictable L-band variable-cost bill to a Viasat fixed-billing system, the savings in data costs alone can pay for Ku-band Advanced in two years or less. Plus, there’s the increased productivity of busy executives who can now maintain full business connectivity while in flight.

Business doesn’t stop in the air, and passengers on thousands of these jets can’t reliably send email with attachments, connect to a VPN, or hold in-flight video conferences.

But there is new technology available that provides the speed and bandwidth the business person demands. Viasat’s Ku-band Advanced can save costs for operators, along with in-flight connectivity that’s 16 times faster than L-band.

Aircraft in the size range of the Cessna Citation X — or larger — can be fitted with Viasat’s Ku-band Advanced, and passengers will be able to access full websites, make Skype calls, and send emails with large attachments, pictures and video.

The operational cost savings can be significant. Internet access using pay-as-you-go L-band can be expensive, as data charges start climbing as soon as you connect, even just by clicking on a webpage.

By moving from an unpredictable L-band variable-cost bill to a Viasat fixed-billing system, the savings in data costs alone can pay for Ku-band Advanced in two years or less. Plus, there’s the increased productivity of busy executives who can now maintain full business connectivity while in flight.

That connectivity depends on a robust and extensive Ku-band network. Viasat has committed to tremendous capacity in space by utilizing bandwidth on multiple Ku-band satellites, allowing costs to be efficiently shared between the company’s ground-based and aero-connected clients.

In addition to flat-rate monthly data packages, we also provide hourly packages tailored to charter operations. Both options are much easier to include in a budget, as compared to variable-cost billing.

Installation of Viasat’s Ku-band Advanced is currently offered at any number of service centers, or as line-fit for new large-cabin aircraft. But operators should always consult with their primary maintenance provider or new aircraft sales representative to determine what solutions can be installed in their jet.

A small antenna is installed under a Ku-band radome on the top of the plane’s vertical fin, and new wiring connects the antenna to the Ku-band system’s electronics — a modem and antenna control unit — only three, line replaceable units. Once the system is connected to an in-cabin Wi-Fi router, operators and their passengers will enjoy satellite connectivity almost anywhere in the world, with enhanced download speeds up to 6 Mbps.

Another plus: Viasat’s Ku-band Advanced equipment doesn’t require installation in a pressurized area, so it won’t take up any room in the luggage compartment.

While L-band service providers are trying to enhance the decades-old system, they have a limited path to high-bandwidth connectivity. Not so with Viasat’s Ku-band Advanced. It’s been designed with a clear process to upgrade to our operational Ka-band system.

As the growing footprint of our Ka-band network matches operational flight profiles, business aircraft equipped with our Ku-band Advanced will be easily upgradable to our Ka-band system. It will typically be a three- to four-day visit to upgrade to Ka-band, since it’s installed in the same footprint as the Ku equipment.

Wires are re-terminated, the Ku radome is swapped out for a Ka radome, and the longest period of downtime is waiting for the paint to cure – it’s that easy. Operators and owners of aircraft with older Ku-band installations should contact their maintenance provider for the pricing and downtime associated with a Viasat Ka-band upgrade.

Anchored by our new ViaSat-2 satellite, which is the highest-capacity communications satellite in orbit today, the Ka-band system is coupled with new innovations in satellite ground infrastructure that will give users new and exciting in-flight data capabilities.

Viasat expects to have the most customer accommodating Ka network on the planet. That speaks to capacity and density, and those are some of Viasat’s strengths. Our Ka system will enable multiple customers onto the network, without the speed complaints or constraints accessing ground-based data services.

And ViaSat-2 is just the start. In just a few years, the ViaSat-3 constellation of Ka-band terabit-class satellites will bring global coverage and another huge jump in capacity to serve our customers.

For operators, Viasat’s Ka-band systems are built forward-looking, so every time we launch a new satellite, it won’t be a requirement for the customers to modify their airplanes to work with our newest technologies.

L-band has had its day. If the technology in the aircraft that you manage or own is unable to meet today’s in-flight connectivity demands, it’s a good time to give Ku-band Advanced from Viasat a look.