The key to great inflight Wi-Fi for business aviation? It's capacity

Viasat's ability to serve the business, private and charter jet world with a great deal of bandwidth adds up to great service in the air almost anywhere. 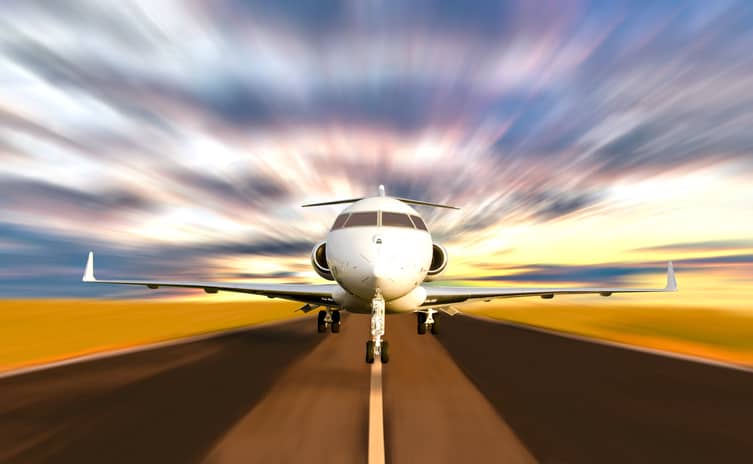 Owners and operators of business, charter, and private jets tend to have many questions surrounding connectivity systems: how long they’ll take to install, how much they’ll cost to operate — and a host of others. However, quality of the Wi-Fi experience aboard the aircraft can be measured by one main component: Capacity.

What do we mean by internet capacity? With satellite internet, capacity is a measure of how many bits of data can go through the satellite at one time. The more capacity in the network, the more bandwidth for each user, and the better — and faster — the internet experience will be.

The need to move more and more data has grown tremendously in the past few years, mostly due to video and other high-band and data-intensive applications. Yet many of the Wi-Fi-equipped jets out there have only basic connectivity.

Much like plumbing boils down to moving water or roadways are about how many cars a highway can accommodate, internet service is essentially a function of moving data. Whether it’s an email, a text, a photo or a streaming video, everything you do online — on the air or on the ground — comes and goes in packets of data. So in the same way a six-lane highway can handle more cars than a country lane, an internet provider with greater capacity to traffic data is going to deliver a better experience.

The need to move more and more data has grown tremendously in the past few years, mostly due to video and other high-band and data-intensive applications. Yet many of the Wi-Fi-equipped jets out there have only basic connectivity. Older L-Band systems allow passengers to text and email, but they aren’t broadband and they charge by the megabyte. To support more data-intensive applications — such as streaming video and teleconferencing — much more capacity is required. New LTE-based Air-to-ground (ATG) systems working off cell towers on the ground are better for smaller aircraft and those that don’t leave the US, but they still lack the global coverage and capacity to deliver the internet experience demanded by global flying large cabin business jets.

At Viasat, we’ve made enormous strides in the past decade in designing and building satellite networks that have vastly greater capacity than anything else available. When it launched in 2011, our ViaSat-1 Ka-band satellite had more capacity than all of the other communications satellites in orbit combined. Our ViaSat-2 satellite, launched last year and now the highest capacity satellite in the world, just about doubled that amount of bandwidth. We also optimize our bandwidth in clever ways, engineering our network so data can travel in both directions over the same “road.”

Combined with our global Ku-band network, it adds up to a system that offers much higher speeds, the ability to connect more devices, and the bandwidth you need to take advantage of today’s data-intensive internet.

Here’s how that tremendous amount of capacity looks when it’s installed on your jet:

I’ve mentioned capacity or bandwidth quite a few times in this blog. That’s because it’s such an important concept to understand when it comes to choosing connectivity for your business or private jet. Just asking for Ka-band isn’t sufficient — most of the other Ka networks out there have a 10th or less the capacity Viasat does. More capacity equals more speed — it’s as simple as that.

Installing or upgrading the Wi-Fi service on an aircraft is a significant investment atop the even greater investment of the aircraft, so it makes sense to choose the provider that can deliver the most bang for the buck. Our aviation customers benefit from the fact that we continually improve our network to compete with other internet providers on the ground. As Viasat continues to add capacity with new and increasingly higher-powered satellites and ground networks, the ability to serve passengers in the air with an experience like that on the ground continues to grow.

To get the most out of the internet in the air, your data needs that wide-open highway to run on – not a one-lane country road. We’ve got that highway today, and we’re continuing to add lanes into the future.

Learn more what Viasat is doing in business aviation.