Words of wisdom from 7 Viasat leaders 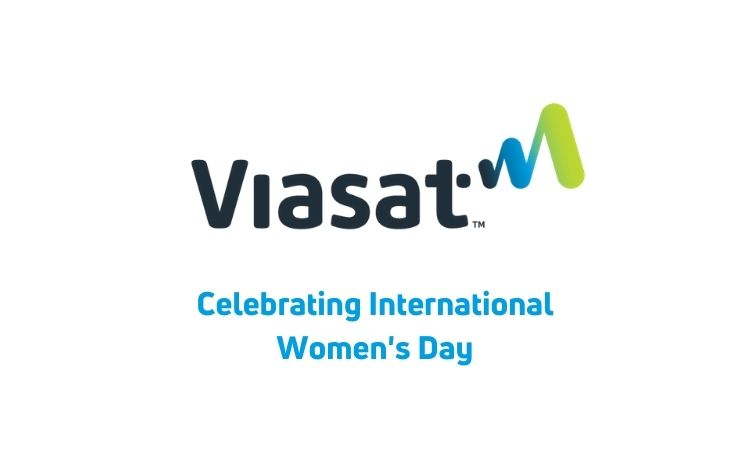 On International Women’s Day, seven of Viasat’s leaders shared their collective wisdom and experiences with leadership, career development and gender in a virtual panel discussion.

The women hold a variety of management positions and hail from offices around the globe, including the United Kingdom, Switzerland, several U.S. offices and Viasat’s Carlsbad, CA headquarters. They united during the March 8 discussion around several themes, among them the conviction that women maintain confidence in their abilities, push themselves to ever-greater challenges, and instill that mindset in other women.

“I think sometimes we’re afraid to apply for a job because we don’t check all the boxes,” said Michele Lehr, Viasat’s senior director of quality. Sometimes we just need to dive in and give it a try. If you fail, that’s where the largest part of your growing will come from and where you’ll get the experience you need to go on to your next adventure.”

R&F Terminal Director Maria Carolina Vigano said Viasat is an ideal place to gain a variety of such experiences.

“Don’t wait for open positions,” she said. “Viasat is a company with lots of opportunities. “Don’t just wait to take a big step from zero to one. Take little steps and see how comfortable you are.”

Vice President of Customer Experience Kristi Jaska agreed, adding that career growth can happen in many ways, and not all require gaining a new title.

“I tell mid-level and young managers you should always be doing some amount of stuff you don’t know how to do,” she said. “If you’re in a good place and don’t have a lot of other draws on your time, that should be 30-40 percent of your time.

“You should always be growing. Otherwise you’re not going to be happy with what you’re doing.”

The women shared stories of how they took chances and grew in their careers, some saying they regretted not doing so sooner.

“I think I passed on so many things because I just didn’t think I was ready,” said Huma Hakim, Vice President of Engineering for Government Systems.  “The key for me was asking questions and putting myself out there, and telling (past supervisors) openly what I could and couldn’t do.

“Everybody suffers from imposter syndrome,” she said. “Try being brave. Take a chance. If it works, it works. If it doesn’t, you’ll still going to learn something.”

Wetherby said she also had to overcome some long-held beliefs to make a change she found gratifying.

“I stayed technical for a very long time; I think I had this bias that leadership would just be people management and it would be almost like an inferior path,” she said. “I strongly resisted nudges into leadership without realizing that there’s a lot of really fun, interesting technical challenges you still grapple with when you take on leadership roles.”

Chief People Officer Melinda Kimbro said she, too, focused on a specific career path, a choice rooted in messages she received in childhood.

Company leaders also addressed the challenges of raising a family while growing a career. Several said women should not hesitate to ask for help if those myriad responsibilities becoming overwhelming.

“I wish a few years ago I’d have just put my hand up and said, ‘I can’t make that call because I need to be with my children,” said UK Operations Director Jess Everill. “We all have stresses in everyday life, whether we are mothers or fathers. Find an ally – a mentor or your own manager. Talk about it.”

Kimbro suggested the first step in finding a sense of balance is determining priorities.

“The trick to being a successful working parent is recognizing you’re going to drop balls,” she said. “Some of those balls are glass and some are plastic. If it’s something five years from now you’re going to regret having not done, it’s probably a glass ball. So it’s about making sure the ones that fall are plastic, not glass.”

Jaska noted that the impact on children is often more positive than many working mothers know.

“My mom worked as a pharmacist; I was very, very proud of her having a career,’ she said. “Now my kids are in their early 20s, and I think they are proud of me for being a woman in a tech field. There’s the other side of that coin.”