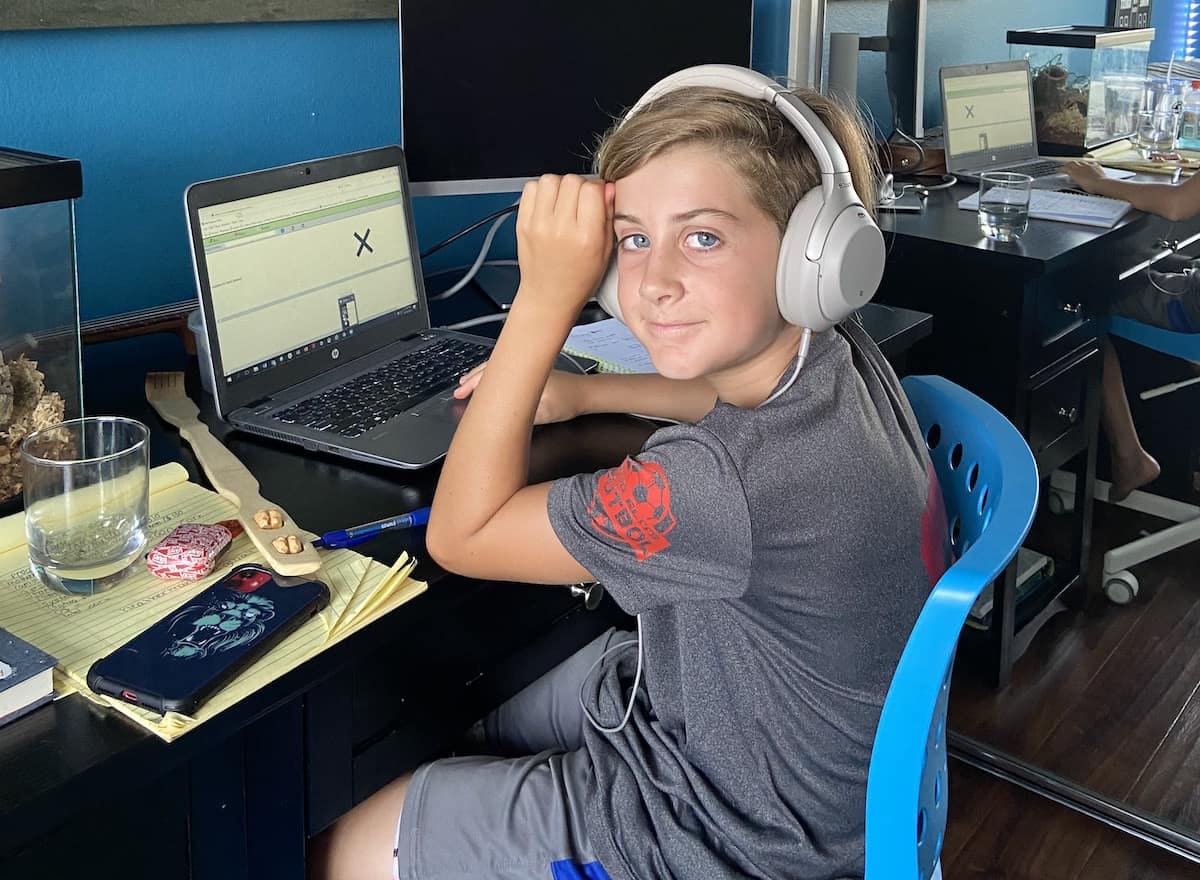 Until recently, 9th grader Brooke Heatherman thought she wanted to become a doctor. After participating in the Viasat and MetaCoders Online Coding Club, she’s having second thoughts.

“It was really fun, and I’m not super into coding, so I was surprised that I actually did like it,” said the Carlsbad, CA high school student. “In the future, there’s going to be so much technology – there’s already so much now, I can’t imagine what it’ll be like when I’m an adult. So I’ve been thinking that if I go into the field of coding, that could get me far in life.” 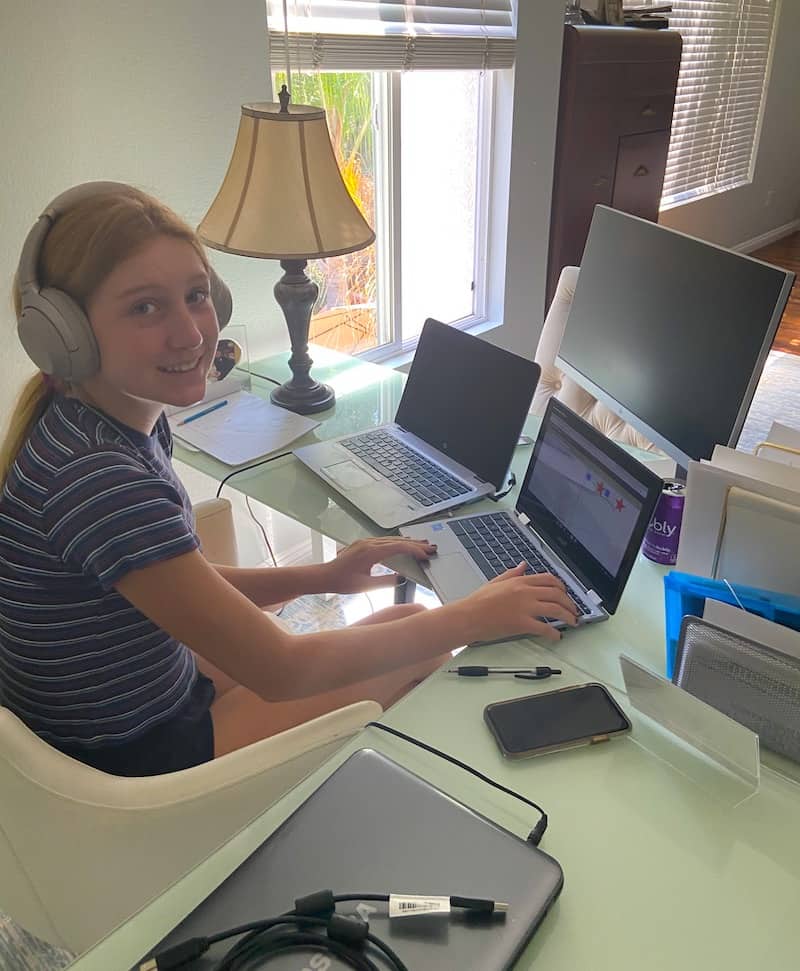 Ninth-grader Brooke Heatherman says she's intrigued by the idea of coding as a career after taking the MetaCoders classes sponsored by Viasat.

Heatherman and her brother Jake were among more than 100 students who participated in the K-12-focused classes, offered free by Viasat as part of Viasat Operation STEM. The three-part initiative is aimed at bolstering at-home education and fostering an interest in technology for active-duty, retired, and veteran military families around the country.

Viasat is committed to supporting the military and their families. The company has deep roots in defense, from delivering game-changing technology to men and women in uniform to employing and hiring veterans — who make up one-third of Viasat’s employee population. The company also regularly hosts a Veterans Transition Workshop to help former military members segue to the civilian workforce.

“For us it’s personal,” said Viasat Government Systems President Ken Peterman. “Forty percent of our Government Systems workforce are former service members. They’ve given us so much; Viasat Operation STEM lets us give back and help military families stay connected to education during these challenging times.”

For Stanley Mencke, 15, the coding classes checked all those boxes.

“It was actually better than school,” he said. “At school, we have a Zoom class for 30 minutes and then we do the work on our own. Here, the coaches were more on hand.” 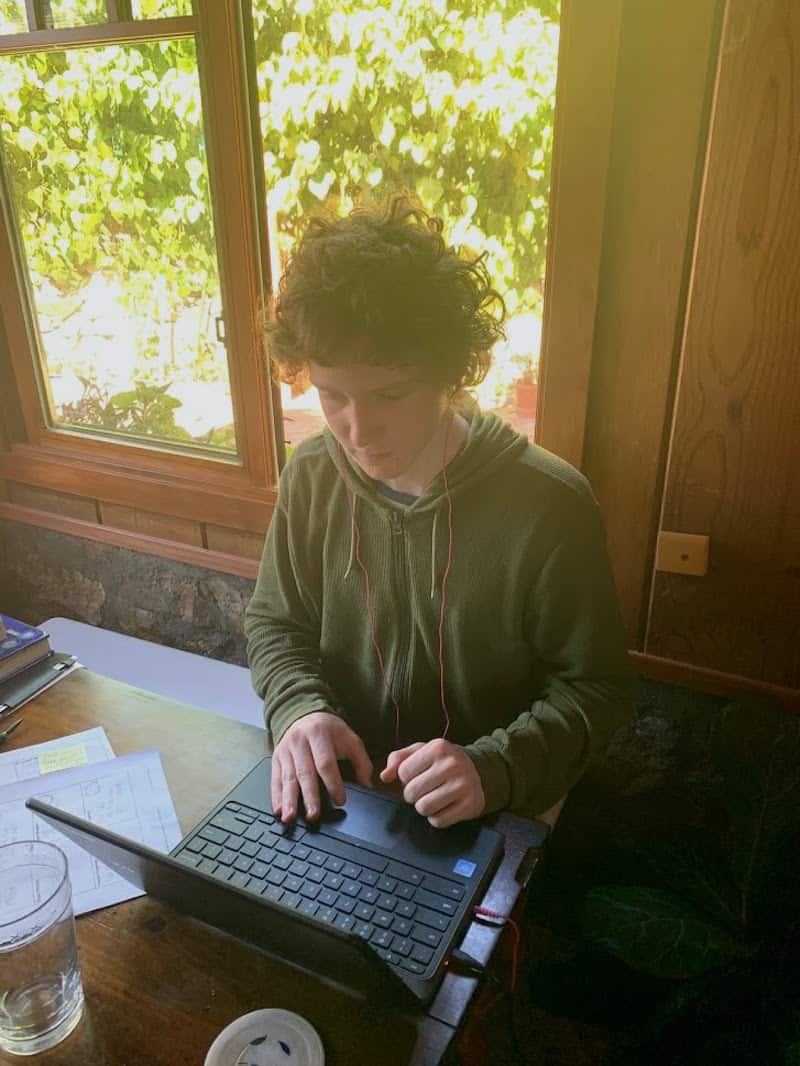 Stanley Mencke, 15, enjoyed the intensive coaching he received as part of the classes.

MetaCoders, the nonprofit company that partnered with Viasat to provide the courses, has an average teacher-to-student ratio of 1:5, part of its effort to give students an interactive and personalized coding experience.

“I’ve been missing an organized class over the summer,” said 13-year-old Arwen Mencke, Stanley’s sister. “The coaches were very nice and helped you when you needed help. I liked that you could choose your own projects, and you got to create your own characters.”

Ed Mencke, Stanley and Arwen’s father, said he was impressed by the courses.

“When school ended last year, there was no real distance learning in place for the kids,” he said. “These lessons are what I would expect distance learning to be like. The instructor was on screen and sharing a screen of the lesson that was going on. It was very well done.”

The third initiative of the program is an employee-led volunteer program, in which Viasat employees will spend an hour in a virtual classroom, sharing with students their own experiences working with technology.

For 11-year-old Jake Heatherman, the coding classes were not only fun, they aligned with his current passions – and just might tie into his future ones as well.

“Right now, I want to build my own PC to play video games,” he said. “And someday, I want to be either a video game designer, a doctor, a football player or a sniper.”

Heatherman’s father Brian promised to help his son buy parts for his PC if he took the classes.

“You want a PC? I think you should get an appreciation for the engineering and science that goes into them,” Brian Heatherman said. “I think an understanding of STEM overall is so important for their futures. I saw the opportunity for them to take these courses, and I wanted to jump on it. I appreciate Viasat giving us that opportunity.”