With a second office opening in India, Viasat is establishing a stronger presence in Asia as it moves towards becoming a global company in the next few years. 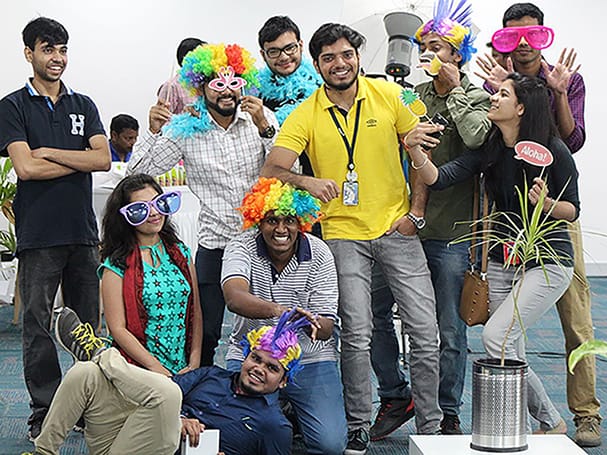 In just two years, Viasat’s India office has earned a reputation as one of Chennai’s employers of choice. Growth at this site, which opened in June 2016, has been so fast Viasat opened a second office in late January.

The two sites are about two miles apart, both in the historic, seaside city of Chennai on India’s southeast coast.

“Chennai probably has a half-million people working for technology companies, but Viasat stands out,” said Sathya Narayanaswamy, vice president for Viasat India. “All the distinguishing aspects of our company culture – autonomy, independence, the ability to work on new technologies – are a big differentiator for us.

“Word has definitely gotten out that Viasat is a great place to work and a tough place to get into. The growth has happened as a result of the quality of the work, the quality of the engineers we’ve been able to find here and the work they’ve done.”

About 110 fulltime employees and a dozen interns work in Viasat’s original Chennai office. The new site is designed for another 155 people.

“We are free to explore new technologies,” said Chennai engineer Sriram Sridhar. “It is not a rigid style of management.”

Fellow engineer Karthika Cheziyan agreed, adding, “I face challenges daily in work. I like to solve problems. It gives me a sense of achievement.”

While Viasat has offices in several countries, India’s location – on the opposite side of the world from the company’s California headquarters – represents a big step toward the company’s future.

“This helps us in our global journey,” Narayanaswamy said. “What better way to get started than expanding our footprint halfway across the globe?”

Located along the Indian Ocean’s Bay of Bengal, Chennai is known for its active art, cultural and culinary scene. Its beaches and historic temples make it a top tourist attraction in India. 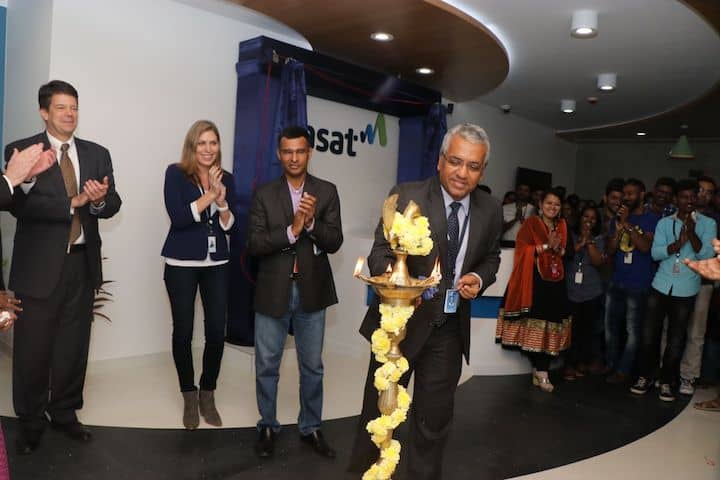 Viasat officials and local dignitaries were on hand for the opening of the company's newest office in India.