Assured command and control is fundamental to modern warfare 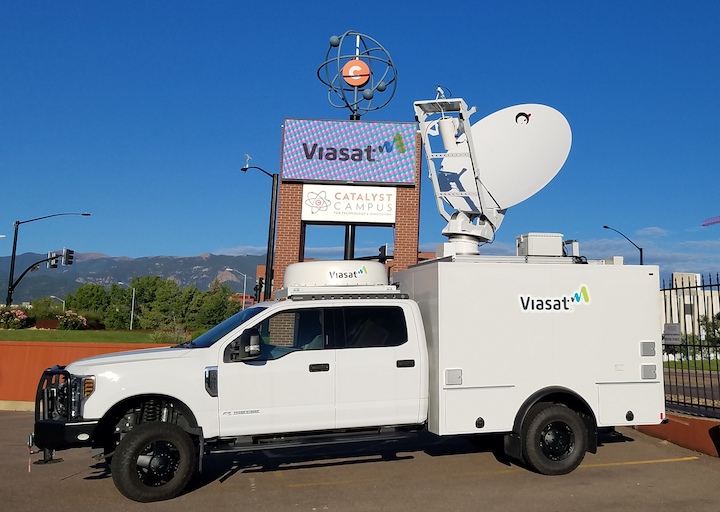 In today’s hyper-connected world, space-based capabilities have become central to our way of life. Satellites provide location services and assured communication to homes, businesses, vehicles, and people —at fixed locations and on the move.

Space is also fundamental to modern warfare. The Department of Defense (DoD) relies on the advantages provided by satellites for virtually every military operation in order to command and control forces, monitor adversary activities and identify threats that could endanger the U.S. and its allies. Today, there are more than 3,500 active satellites on orbit, and maintaining, optimizing, and troubleshooting them requires constant communication.

For the military warfighter, the United States Space Force (USSF) operates the $6.8 billion Satellite Control Network (SCN), which consists of a global ground network of fixed antennas at seven sites to command more than 190 military and government satellites.

After sixty years of traditional operations, the SCN is facing stress from new space capabilites. Due to an exponential increase in demand for satellite control and emerging threats, the now aging SCN lacks the capacity, flexibility, and resilience required for assured military satellite command and control (C2). These systems have greatly exceeded their design life, are not scalable to handle many hundreds, or thousands of satellites, and our adversaries have developed specific means to attack our centralized C2 architecture and processes. Many military leaders understand the frailty, congestion, and limitations of the current SCN and are exploring options to keep up with today’s satellite operations and communication requirements.

Having assured satellite C2 is an element that is often overlooked but crucial to capitalizing on the advantages provided by space. DoD satellites must be controlled and monitored which increases the need to send frequent communications to maintain mission. The DoD Space Operations Centers (SOCs) that operate them day-to-day rely on just seven remote tracking stations around the world with limited visibility to maintain, transmit, and receive telemetry, tracking, and command data, otherwise known as TT&C.

The SOCs have a secure link to the Remote Tracking Stations, which provide uplink and downlink capability for sending and receiving TT&C data critical for satellite management. As space becomes more congested, it requires more active management of the satellites — requiring substantially more frequent TT&C contacts.

“Space Guardians are increasingly challenged to meet growing user demand,” said Fred Taylor, Viasat Government Systems VP of Space and Cyber Operations. “Time slots to use DoD satellite tracking stations are limited, and DoD prioritizes users. It can be difficult to get the aperture you need, when you need it, for your mission. A missed contact can have dire consequences.”

Over the next few years, the DoD will launch “hundreds to thousands” of new satellites for communications, Earth observation, and data transport, many of which will be part of the Space Development Agency’s (SDA) initiative to create a National Defense Space Architecture (NDSA). That means an unmanageable demand for those limited time slots at the Remote Tracking Stations.

“We work closely with our DoD partners to understand their challenges and find innovative solutions to their problems – and fast,” Taylor said.

The Viasat Mobile Satellite Gateway (MSG) performs a similar role as a satellite remote tracking station at a fraction of the cost and without the time-consuming construction process of physical infrastructure. Based on a Nomad Ford F-350 chassis, the MSG contains a dual band (Ku/Ka array) antenna to connect to a SOC and a C2 antenna at Ku, Ka, X-band, with an future S-band option to connect to an orbiting LEO, MEO or GEO satellite.

An interface at the SOC accepts the encrypted TT&C signal, wraps it in further layer of encryption, and then, using Viasat’s Hybrid Adaptive Network (HAN) technology, delivers the command to the MSG, which takes the secondary encryption off and sends it to the satellite in orbit. The MSG routes the encrypted telemetry from the satellite over the most efficient transport network back to the ops center.

The hybrid network architecture autonomously routes the TT&C signal across flexible transport layers that can vary by orbit, frequency, and bands for flexible response to changing conditions of congestion or contestation – removing single points of failure.

“The HAN is the key to this by giving commanders a set of options,” Taylor said. “TT&C can be securely routed in numerous different ways, depending on conditions or priorities. You can route around congestion, you can route around outages, and you can maneuver around threats. Hybrid network management makes sure the data arrives, one way or another.”

This commercial system supports the warfighter directly by providing layered resilience to an architecture that has operated for years with many single string operations.

Combine the operational capability with the mobility and flexibility of the MSG truck, says Taylor, and you have “an agile, cost-effective way to augment existing DoD resources for assured satellite command and control.” Together they deliver “flexibility, continuity of operations, diversity, and resilience for both nominal and contingency satellite operations, including the ability to seamlessly shift between satellite networks.” The SCN conducts more than 165,000 contacts a year, and with the addition of new proliferated constellations, the network will be saturated.

“You can deploy the MSG anywhere without the need for fixed infrastructure, communication, or extensive preparation,” Taylor said. “An MSG fleet could easily address 30 percent of requirements in short order to alleviate the growing demand for satellite C2 in a contested, congested environment.”

The initial challenge was designing a compact mobile platform and communication technology that could support dynamic space missions. In April, after just eight months of preparation, Viasat completed a successful demonstration of the MSG and overcame the communication, Size, Weight and Power (SWaP) challenges of using a mobile platform. Working with the USSF, Viasat was able to operationally demonstrate tactical satellite C2 using the MSG prototype and the U.S. Navy’s Mobile User Objective System (MUOS) satellite. The layered, resilient communications described in the 2020 USSF SATCOM Vision was achieved, which calls for a flexible hybrid capability using both DoD and commercial satellites and multi-network terminals to dynamically maneuver across satellites, frequencies, and orbits. This test provided secure satellite C2 and shared situational awareness with the U.S. Navy’s Satellite Operations Center (NAVSOC) across diverse SATCOM links. Even more, the demo illustrated that the ability to swiftly deliver critical new capabilities to the DoD in partnership with the commercial satellite sector is not a vision of the future, but already a reality.

Most recently, the MSG solution was demonstrated for DoD customers and congressional staff members during the annual Space Symposium conference in Colorado Springs. All parties recognized the inherent value and impact on solving an important satellite C2 challenge that will impede warfighting operations and limit the use of space capabilities.

General James Dickinson, Combatant Commander of US Space Command, states in his strategic vision, “The integration of space across all warfighting functions and the other four domains provides the United States with an agile and lethal conventional deterrent and, when required, the capability to fight and win.”

Simply put, the inability to command and control satellites to provide decisive space effects would severely hinder the joint forces’ ability to fight and win.

The MSG offers critical capability that can augment military satellite operations with a resilient, secure, affordable, and flexible capability so there is never a day without space.