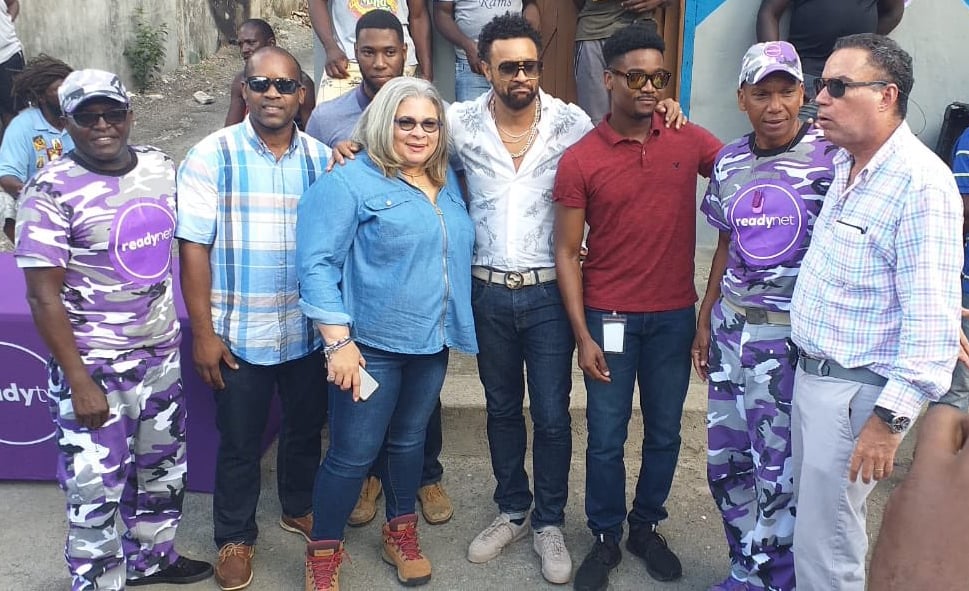 Demonstration shows company’s potential to improve life in the Caribbean

About 55 percent of Jamaicans have access to the internet, far less than the nearly 90 percent of U.S. residents who regularly get online. Viasat recently demonstrated its potential to expand the internet’s reach in Jamaica during an Aug. 22 demonstration on the Caribbean island.

Jamaican regulators and representatives of the country’s Ministry of Science, Energy and Technology – an agency dedicated to transforming the island with technology – were there for the event. It was held in the farming community of Mullet Hall, on Jamaica’s northern coast. Jamaican telecommunications operator ReadyNet, Viasat’s partner in Jamaica, has connected three other underserved island communities.

During the event, Jamaican operator ReadyNet accessed the internet via the ViaSat-2 satellite. From his office in southern California, Viasat Director Fernando Corona delivered a live video conference message to the attendees over the high-speed Viasat satellite connection.

Technicians with ReadyNet install the Viasat antenna on a building in Mullet Hall, Jamaica.

“From today, we can truly say that Mullet Hall is a part of the digital world,” said Daryl Vaz, of the Ministry of Economic Growth and Job Creation. “This trial will demonstrate that the residents of Mullet Hall can and will use the internet responsibly to better their lives and to seek their prosperity.”

Mullet Hall’s only other internet access option is via a mobile operator offering 2G service. Satellite internet is not only faster but more resistant to hurricanes and other outages that commonly occur in Jamaica.

The service dovetails with the Jamaican government’s goal of universal internet access by 2030.

Dr. Maria Myers-Hamilton, managing director at the Spectrum Management Authority, called the demonstration “A historical moment in a rural community.” She added: “Access to information is a birthright for any digital society.”

The authority is the national regulator for the radio frequency spectrum.

The demonstration highlighted satellite internet’s many advantages, including the ease of installation, speed and reliability.

In addition to Mullet Hall, Viasat deployed access points in the Jamaican communities of Westmoreland, Rockfort and Kenilworth. Those sites include two schools.