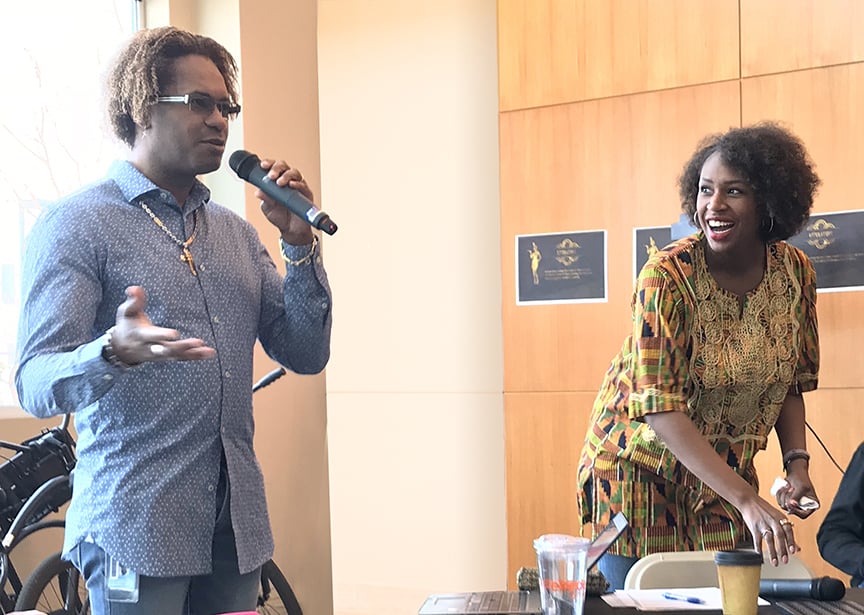 That fact was among dozens Denver Viasat employees learned while playing a customized version of Bingo during Black History Month. It’s one of many ways Viasat employees in Carlsbad and Denver are celebrating the month.

The Viasat African American Professional Alliance (VAAPA), formed in 2017 on the Carlsbad campus, sponsors the celebration.

“I thought it would be nice for us to shed some light on our history, and involve our colleagues,” said Ericka Parker, a talent acquisition recruiter who helped create and leads the organization. “Black History Month gives awareness to people who may not necessarily know about the contributions blacks and African Americans have made in technology, science and medicine. There’s lot more to our history than sports and entertainment.”

The annual tribute to African Americans is observed in the U.S., Canada, the United Kingdom and the Netherlands.

“Black History Month gives awareness to people who may not necessarily know about the contributions blacks and African Americans have made in technology, science and medicine. There’s lot more to our history than sports and entertainment.”

VAAPA’s Carlsbad and Denver chapters marked the month with guest speakers, a themed lunch, the creation of a miniature black history museum and a 1920s custom contest in a recreated speakeasy.

The light-hearted events have a serious objective. Many events and figures central to African-American history aren’t noted in textbooks, and the designated month aims to bring those efforts to light.

“I think a lot of things about the history of our race are getting lost,” said Gerald Brewer, a member of the Denver VAAPA. “If you don’t highlight them, you lose the sense of who you are and what you’ve accomplished.”

Brewer points to a rapidly changing Denver neighborhood called Five Points. Once known as the “Harlem of the West” for its thriving African American culture and jazz scene, it’s now undergoing dramatic redevelopment.

“With the gentrification that’s happening there, we may lose that valuable history if we don’t pay attention,” he said.

The need for awareness extends beyond history to today’s workforce, Parker said. While Viasat and other companies are making efforts to turn the tide, the tech industry is often criticized for its lack of diversity.

“We need to continue to be intentional with our recruiting efforts if we want to see more diversity,” she said.

Echoing that sentiment, Brewer said he’d like to see increased awareness on the contributions of all minorities.

“This shouldn’t just be about our race, but about other races, immigrants and women,” he said. “I’d like us to continue to focus on inclusion overall.”