On World Engineering Day, we highlight Viasat’s innovative spirit and the teams of engineers that drive it 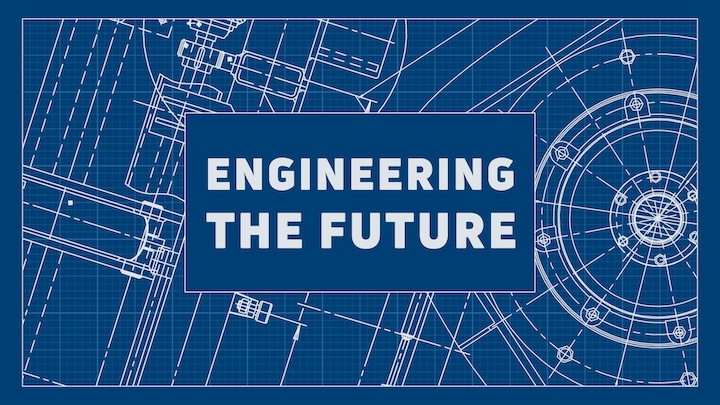 ViaSat-3 marks a major engineering accomplishment for our company. In its 36-year history, Viasat has expanded its product line and acquired other companies to bring more processes under its own roof (and rely less on other companies). Building its own satellite payloads marks a significant milestone in that evolution.

ViaSat-3 Americas — expected to launch as the first of three in the upcoming ViaSat-3 global constellation — is also the first of our satellite payloads constructed by Viasat employees at a company facility. Previous payloads were designed by Viasat but built by other companies.

Building the kind of world-class satellites and technology Viasat is famous for takes excellence in many different aspects of engineering.

About 3,000 engineers and 500 engineering technologists plan and build Viasat’s space and ground systems, and related products. And Viasat’s dedication to innovation and unique structure means there are endless challenges for them all.

“What’s cool about Viasat is that, because we are vertically integrated, no matter what jazzes you in terms of engineering, we do it here,” said Kathleen Wetherby, Viasat’s vice president of engineering for Space and Commercial Networks. “What’s also cool is that to stay at the forefront of technology we need to be ever changing, so regardless of what you are doing today, tomorrow you are likely to be doing something else entirely. That’s just such an exciting world to work in.

“The breadth of technical challenges that Viasat excels at solving is what keeps me coming to work every day.”

That technological diversity also gives Viasat an edge in the industry. While many other companies design satellite or ground systems for other companies to whom they’re selling ­— using common parts that can be easily integrated with other products and systems — Viasat now builds technology specific to its own customers’ needs.

“We can use proprietary technology and make something that is not a one-size-fits-all, or a system everybody could use,” said Aaron Mendelsohn, a Viasat satellite communications systems engineer. “We get to leverage the best of both parts.

That ability to customize extends beyond the satellite and ground systems to other technology needed to provide satellite communications.

“We’re able to put a lot more bandwidth on the satellite because we build it, and we’re able to take better advantage of the satellite that we built because we can decide the waveform, the size of the antenna, and everything about the ground system equipment,” Wetherby said.

That results in much more bandwidth and a more cost-efficient system, creating speed and savings Viasat can pass on to its customers. The company-built systems are also designed to be flexible and customizable, particularly the ground system. That amplifies not only their cost efficiency but also their ability to keep pace with changing technology and demands.

Flexibility is especially important on the ground side. Because once a satellite is launched into space, it’s beyond any engineer’s physical reach.

“It has to work for 15 years without anybody going up there and fixing it,” Mendelsohn said. “But the ground system is a living, breathing thing that can be upgraded. With the ViaSat-3 system, we expect to be able to make upgrades to the satellite from the ground, something we couldn’t do with past satellites that had fixed architecture.”

The ground equipment also must be more flexible to handle the fast-growing demand for bandwidth.

While high-profile projects like the ViaSat-3 global satellite constellation may grab most of the headlines, Wetherby noted Viasat has expanding business opportunities in multiple aligned technologies, including Ground Systems as a Service (GSaaS) and mobile technology designed to connect planes, boats, and vehicles. “There are just so many fascinating offshoots to our businesses that come with their own interesting engineering problems to solve.”

None of it would be possible without the company’s greatest asset — its engineers. Viasat was founded by three engineers with a belief in their own abilities and the vital role technology would play in the world’s future. That philosophical foundation, Wetherby believes, is reflected today in the company’s continuing drive to innovate.

“Viasat has always prided itself on the strength of its engineering,” she said. “There’s definitely a sense of how we’ve always got to be thinking about the future. What we’ve done in the past is never going to be good enough for tomorrow.”

As ViaSat-3 moves closer to launch, we’re already planning for the next generation: ViaSat-4.

“Engineers at Viasat are encouraged to deeply understand the ever-evolving needs of our customers,” Wetherby said. “Our satellites are built with those in mind and can be more efficient because they are targeted towards those needs and the needs we see coming in the future.”

Mendelsohn, who’s now focused on ViaSat-4, said his observation is that Viasat’s engineers are team-focused, and highly motivated by the work they do.

“These are the smartest engineers I’ve ever met; they come up with really interesting, well-thought-out solutions,” he said. “And everybody is generally super negotiable. There are not a lot of egos; they really get into the collaborative effort.

“That’s important because not only are our systems pretty complex, but technology doesn’t stand still. Continuing innovation on our space and ground side requires a lot of smart people to do clever things collaboratively.”

While each ViaSat-3 satellite is designed to provide a terabit of capacity, Viasat’s future satellites will need to continue offering more to serve growing demand among existing users.

For Viasat engineers, that means there will continue to be ample opportunities to innovate. And while Wetherby looks forward to meeting those new challenges, she also wants to take time to celebrate the company’s accomplishments.

“What I am most excited about today is the potential to enable folks in less-advantaged areas to use ViaSat-3 to develop their own businesses,” she said. “Most successful businesses today are platform-based, so bringing massive amounts of bandwidth into an area that doesn’t have it would enable all kinds of new business and new business ecosystems. We’re poised to truly change the world.

“I do this because getting the technology to work feels like magic,” she said. “You may know from years of cranking away at a design that, yes, theoretically, it should all work. But when you build it and it does, it still feels like magic. For me, no amount of analysis takes away that awe.

“Knowing that solving these hard problems can also improve opportunities for disadvantaged people — not just in the rural US but all over the world — just makes it that much more magical.”