Switzerland team eager to help connect all of Europe

ViaSat-3 EMEA will transform connectivity for many with limited options 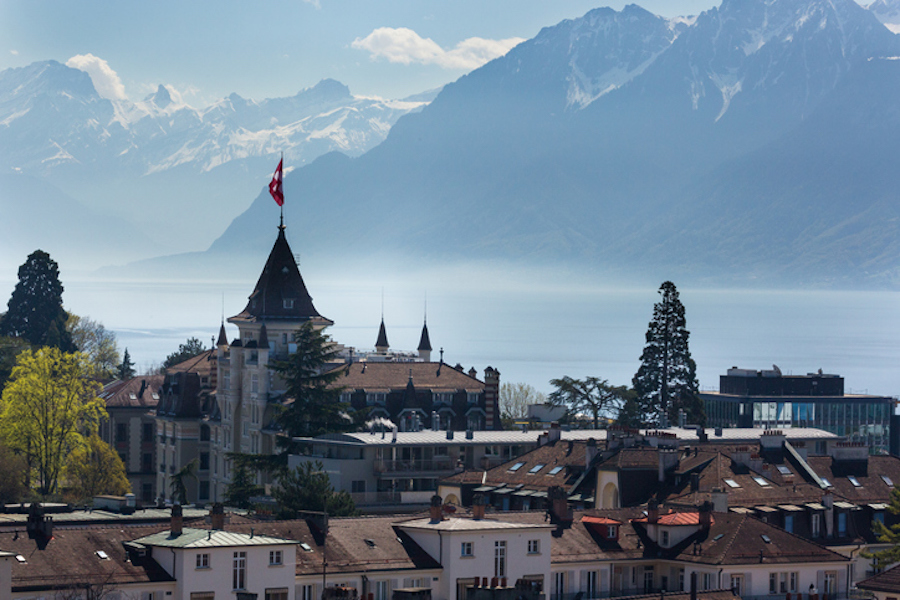 Viasat Managing Director Stefano Vaccaro has long believed he was involved in important, even slightly magical work. The pandemic confirmed its value in a way nothing else could have.

“I think maybe before there was a perception that bringing internet everywhere was not that important,” he said. “Today, after COVID, we know how important connectivity is. We managed to keep the global economy alive thanks to connectivity.”

In Europe and around the world, Viasat plans to dramatically improve connectivity in the next few years. Through its ViaSat-3 satellites, it expects to bring the internet to millions who are currently unserved and underserved. The first ViaSat-3 satellite will cover the Americas; the second will cover Europe, the Middle East and Africa (EMEA)

“The ramp-up we’re doing here for ViaSat-3 is way more significant than the ramp-up for ViaSat-3 in the U.S.,” Vaccaro said. “I’ve been spending a lot of time focused on making sure we’re building a team that can do the deployment of the ViaSat-3 ground segment, and making sure we stay on time and aligned.

“When the satellite comes online, I expect a lot of challenging engineering exercises to make sure everything works. Once the service starts, we have to keep maintaining the network and increasing the capacity. And then, of course, there will be all the very new services we’ll be able to provide in Europe. We’re going to have a lot of exciting work.”

With its KA-SAT satellite, Viasat already provides retail broadband services in Spain, Norway and Poland, as well as in-flight connectivity to seven European airlines and international airlines that fly into Europe. While it’s a strong foundation for growth, ViaSat-3 EMEA is expected to open wide the door of opportunity – not just for the company, but for the continent’s underserved businesses and residents.

Part of the job includes educating Europeans on the power and reach of satellite connectivity.

“We are talking a lot with regulators in Europe to build the ViaSat-3 ground segment, and every single time we talk to the regulators, their first reaction to the idea of satellites is a bit curious,” Vaccaro said. “But when we tell them about the speeds and availability we expect to offer, we get their attention.”

In 2010, the European Commission – the executive branch of the European Union – set a goal that every European home would have access to a 50 Mbps connection by the year 2020. It’s not yet there. Viasat’s technology – which can bring connectivity to homes in remote locations – can help the EU achieve that objective.

“There is a fundamental problem of universal service in Europe,” Vaccaro said. “They’re far behind, and they’re not going to be able to catch up only with terrestrial solutions. We are at the forefront, helping build the infrastructure in Europe.”

Vaccaro believes there are also regional technology gaps throughout Europe that Viasat can help bridge.

“COVID has highlighted a lot of technology imbalances between countries and regions,” he said. “We take for granted that everyone has at least a laptop, but there are multiple millions of families that do not have a computer. There are kids who cannot go to school or follow school remotely.

“With our solution, which by nature is global, we will bring a more unified quality of service to everybody. That will help close this gap.”

ViaSat-3 EMEA also will be used to bring the internet to businesses, additional European airlines, and some government entities in Europe and the Middle East.

At Viasat's Antenna Systems facility in Lausanne Switzerland, the team is focused on developing phased array antennas and other technology aimed at supporting the upcoming global satellite constellation, ViaSat-3.

The Switzerland team already is practiced in the development and unveiling of cutting-edge technology. In 2015, Vaccaro and fellow Viasat Switzerland employees Maria Carolina Vigano and Daniel Llorens together patented a phased-array antenna. The team has been heavily focused on its development since.

The solid-state, flat-panel antenna can be electronically steered to track a satellite's position. Its compact, lightweight design means it can be used on airplanes with in-flight Wi-Fi, connected cars and in other mobile applications. It is now undergoing testing on planes, boats and vehicles, including military equipment.

The phased-array antenna has multiple advantages, including reduced weight and drag.

“With the phased array, you can jump from one satellite beam to another in microseconds,” Vigano said. “You also could eventually be connected to other satellites – low-Earth and medium-Earth systems, and not only Viasat’s geostationary satellites.”

Eventually, the antenna also could be used as a less-expensive, easier-to-install replacement for the reflectors Viasat currently provides its residential and small-business customers.

“I think it is going to open a lot of new markets, and we can also use it in markets where we are already present,” Vigano said. “It will provide a different and better performance, one that’s more cost-effective and flexible.”

“What I like is that the people who work here are really passionate about what they do,” she said. “They don’t do their work because they have to; they enjoy it – to a point I haven’t known before.

“Honestly, this is the best work environment I’ve had. You want to give your best because you want to be part of that.”

Gaillard has worked for several large organizations, but none like Viasat.

“I always worked in companies where you had structure and hierarchy,” she said. “When I applied at Viasat, I was looking for a quality of life at work that I haven’t had in other places. Here, it feels like everyone can be heard. People are not limited to what they do. If you have something to say, people will listen, and take it into account.”

During her five years with Viasat, the Switzerland office has grown dramatically, from 25 to 100 employees – with plans for still more hires.

For Vaccaro, the business’ success is also a huge point of pride. In 2003, the Switzerland native co-founded JAST Antenna Systems, which developed microwave circuits and antennas for terrestrial and satellite applications. Viasat acquired JAST in 2007.

“We were at the period where we needed investment to grow, but at the time satellite wasn’t particularly sexy to venture capital,” he said. “So it was very refreshing to talk to Viasat, where we didn’t have to explain to them what a satellite was, or why there’s a need.

“I never felt like I was letting something go. I always felt their culture matched what I thought the culture of a company should be. It was more of a gain than a loss.”

Along with what he says is Viasat’s game-changing innovation, Vaccaro says collaboration is key: "We all work together to bring those unique capabilities to market that keeps the enthusiasm in me and the entire team here.”

Viasat’s Switzerland office is located within the EPFL Innovation Park.