Internet service from satellite, which is not limited to how far a cable can go, can be an answer for many. 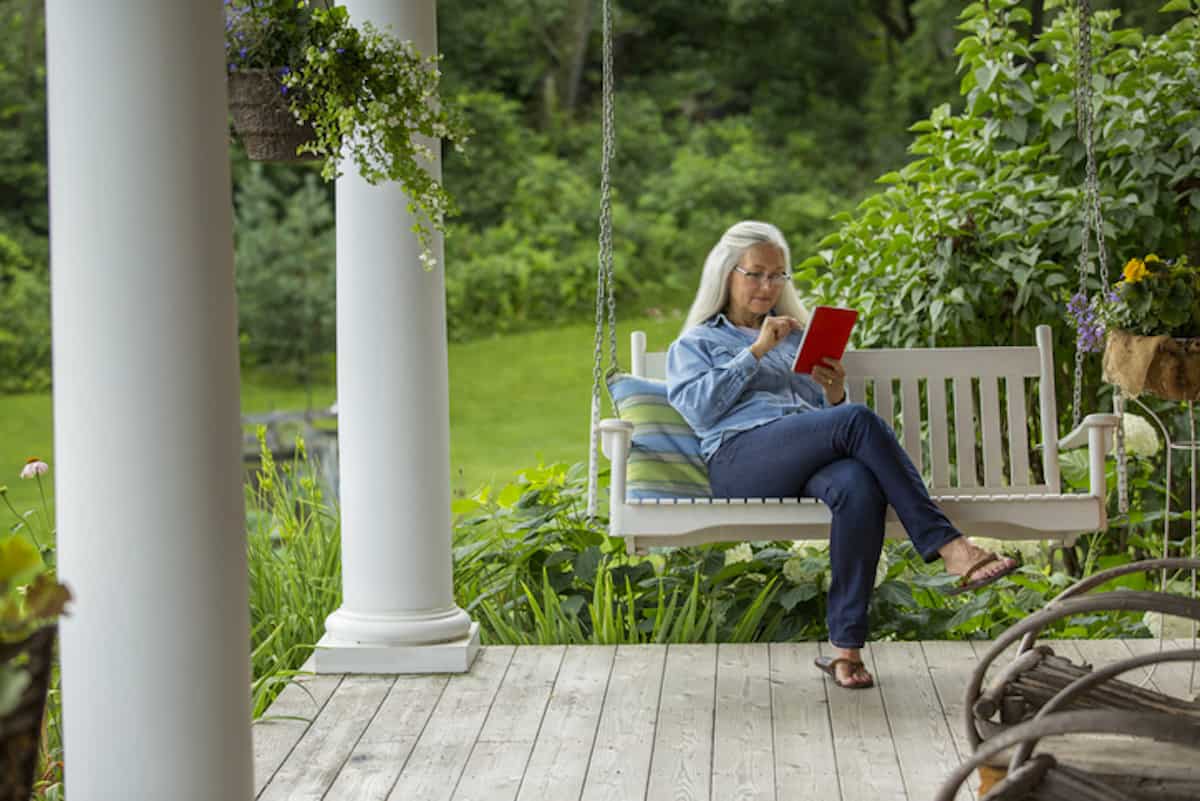 When Henry Poston and his wife moved to rural Kentucky almost 20 years ago, internet service wasn’t top of mind.

Little wonder: The internet and its uses were still rapidly evolving at the start of the millennium. The dot-com bubble had just burst and MySpace, Skype and the Safari browser hadn’t yet debuted. The launch of Facebook was still four years in the future.

“We didn’t think much about it until we got there, and then it was like ‘Whoa,’” he said. “We just assumed DSL service went out there. It wouldn’t have changed our minds about moving here, but it was something we didn’t think about or research.”

The Postons are both nurse practitioners who frequently record notes and do other follow-up work from home. But their home internet made those tasks difficult.

“If you logged on and you didn’t have a good connection, it would time out, and you’d have to start all over,” Henry Poston said. “That was kind of a headache.

“We’ve been off and on different services, pretty much the whole time we’ve lived here. The services have been fairly low quality up until this point – slow, lots of dropping connections, all kinds of different things.”

Nearly two decades later, they found a better solution. Through word of mouth, the Postons learned about Viasat and subscribed to the service in February 2020.

“We needed something faster, and this seems quite a bit faster,” Henry Poston said. “So far it’s been very reliable and the bandwidth seems to be better.”

Life in the country

Despite the time it took to find an ISP that suits their needs, the Postons have no regrets about moving to their country home.

“You wish you had all the same services and options as people do elsewhere, but you give up a little bit to get a little bit,” he said. “When you’re out in the middle of nowhere, it’s not surprising there are going to be some limitations.”

While it may not be surprising, groups and individuals ranging from the Federal Communications Commission to presidential candidates don’t think the service disparity is right, or even fair.

Sen. Elizabeth Warren has made her plan to span the digital divide a part of her presidential campaign. It has also been the FCC’s top priority for two years running.

Viasat recently made it the centerpiece of a marketing campaign it calls “The Invisible Line.” The idea behind it is that there’s a divide between those who can get cable and fiber services and those who can’t. Internet service from satellite, which is not limited to how far a cable can go, can be an answer for many.

A February 2019 FCC report says the divide is shrinking.

The FCC attributes the decrease to its Connect America Fund, which disperses federal money to support new broadband infrastructure in rural parts of the country.

But that still leaves more than 19 million U.S. citizens – about the size of the entire country of Romania – without adequate internet service. The issues are far-reaching.

For the country’s smallest communities, it’s a major obstacle in the already difficult struggle to remain viable. Rural towns are shrinking as family farms give way to large-scale agricultural operations, and rural youth increasingly choose the enhanced economic opportunities and vibrant lifestyles of cities over rural or small town life.

“Rural communities are aging, with younger people consistently moving out rather than in,” reads Connecting the Countryside: Understanding Rural Broadband Expansion in Wisconsin. “Against this backdrop, rural broadband expansion may help retain — or even attract — younger residents capable of driving local economies.

“As one small town mayor worded it, ‘there’s a major struggle to keep people and ideas in these small communities,’ and technological investments may help small towns reinvent themselves and successfully counter dominant demographic trends.”

The benefits of broadband access are wide-ranging, including better health care through telemedicine, remote employment opportunities, online education and e-commerce.

The social benefits are equally as important, if less quantifiable.

Adrianna Beckham and her family live in a trailer outside the small town of Carthage, Miss. Like the Postons, she too recently subscribed to Viasat Internet. As a native of the area who grew up without internet, it’s the first time she’s had a home service.

A mother of three children under the age of 4, Beckham said she has few adults to talk with during the day when her husband is working. Now she can she connect her phone to the Wi-Fi and call friends and family.

“It feels great just to know I can get a hold of people if I need them,” she said, adding she’s also now connecting with people on Facebook. “It makes me feel less isolated.”

Viasat’s recently released Invisible Line campaign emphasizes Viasat’s mission to erase the line between those who can easily access internet services and those who can’t. The advertisements emphasize Viasat’s belief that access for all is essential and the ability of satellite internet to make service available to everyone, everywhere.