In Spain, Javier Biosca is on a mission to connect the unconnected 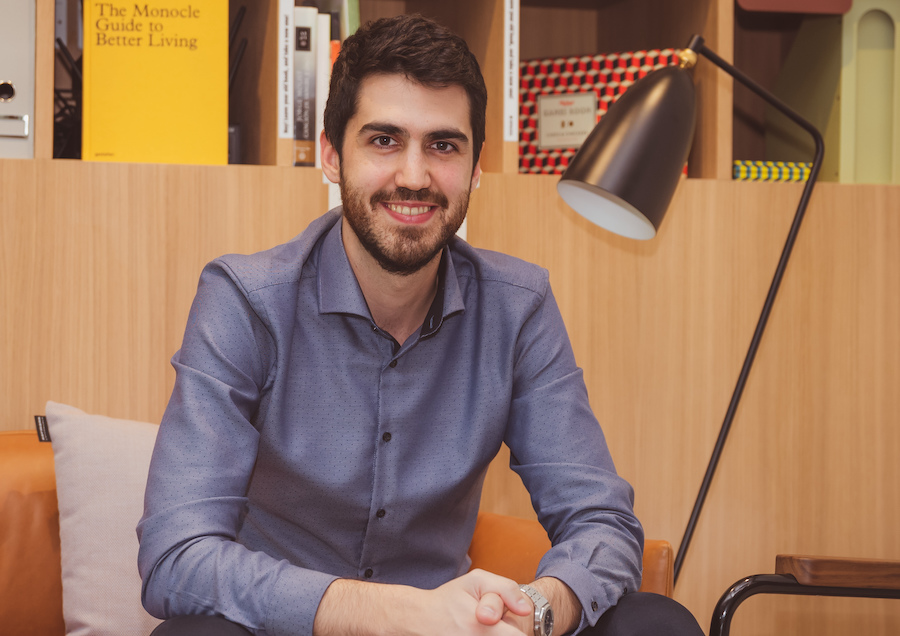 Viasat’s Spain Country Manager, Javier Biosca has lived and worked in four countries and visited more than 30.  As 2021 began, the Spain native moved home to oversee the continuing rollout of Viasat’s service, which launched there in 2018. His homecoming has been both sweet and surprising.

“I’ve been away for many years of my life, and the relocation to Spain wasn’t really in my plans,” he said. “But from a professional point of view, I feel we can manage the business so much better by having a local presence – being close to the market, our partners and our customers.

“And from a personal point of view, I’m really enjoying Madrid. Growing up, I didn’t necessarily appreciate all the city had to offer. Now I’m moving downtown, and I love it.”

Born in Jerez de la Frontera in southwest Spain, Biosca’s family moved to Madrid when he was 6. As an undergraduate student, he majored in telecommunications engineering at the Polytechnic University of Madrid. In his senior year, he studied as an exchange student at the Swiss Federal Institute of Technology (EPFL) in Lausanne, Switzerland.

The school is located at the EPFL Innovation Park, a 13-building campus home to more than 160 tech companies, including Viasat. The company’s Lausanne office specializes in antenna systems. At the innovation park, Viasat and the other EPFL companies —including Intel, Nestle and Cisco — share access to cutting-edge research, a large network of dynamic entrepreneurs and established companies.

As a student interested in electromagnetism and antenna systems, Biosca found his intellectual nirvana.

“What Viasat was doing in Lausanne was very relevant to my interest, so I knew I wanted an internship – and that’s exactly what I did,” Biosca said.

Viasat wasn’t seeking an intern when Biosca walked into its Lausanne office. But his student resumé and passion convinced site leaders to bring him on. He continued working there throughout his master’s program, completed at EPFL, making for an unparalleled education.

“What I was learning was directly related to the business experience I was getting,” he said. “I was able to learn in the mornings and put that into practice in the afternoons in a real-world scenario. And because we were a small team, I was exposed to so many aspects of the business.”

What began as a three-month internship turned into a career that still amazes and challenges Biosca.

“I feel privileged to be in the position I’m in – no question about it,” he said. “I do ask myself sometimes, ‘Do I see myself here in 10 years?’ I have absolutely no reason I wouldn’t want to be here.”

At the moment, his reason for wanting to be here is to help fellow Spaniards.

Viasat launched its residential service in 2018, using capacity on the KA-SAT satellite.

“We introduced 50-megabit speeds and unlimited data in Spain for the first time among satellite providers,” Biosca said. “You could almost consider it a mini-revolution in the market.

“The demand is primarily from rural areas. But we’re getting customers who are frustrated with slow DSL and bad 4G. Going from that to a 50-megabit connection is like day and night for them.”

“I spoke with a woman who had no alternative whatsoever,” he said. “She had to drive an hour whenever she wanted to do a video call with clients. For her, the value of high- quality broadband wasn’t about price – it was what allowed her to keep her livelihood. That’s a very real problem, and to know we were able to resolve it is very fulfilling.”

The pandemic gave rise to a new set of issues and needs that were unforeseen when Viasat launched its Spain service.

The Spanish government initiated a strict, seven-week lockdown in mid-March 2020, ordering most residents to stay home at all times. The internet was a critical lifeline during that time.

“Video calls were the only option to stay close to friends and family,” Biosca said. “For some of our customers, having a reliable internet connection has been crucial to maintaining their only source of income. Kids in school have been able to keep up with their coursework while school was closed.

“It also allowed a lot of people who used to live in the city for work to move back to their hometowns, closer to their families. To me, it was really powerful to know our service gave them freedom to do that.”

As essential as the internet has been in the past year, Biosca said the pandemic only highlighted the country’s existing connectivity needs.

“It hasn’t created new use cases; it has just revealed how crucial is it to have a quality broadband connection no matter where you live,” he said. “Today we’re focused primarily on the residential broadband market. In the coming years, we’ll see plans that allow customers to do more of what they’re already doing – video streaming, video calls, online shopping.

“We won’t only be connecting customers at home or in the office, but also on the move by land, air and sea. We’ll have a more diverse set of users. It’s just a natural progression of our goal to connect everyone and everything, no matter where they are.”

While Biosca is part of a relatively small staff in Spain, more are planned to be added in the next year, in advance of the ViaSat-3 launch.

While data always has shown a need for satellite internet in Spain, Biosca said his personal experiences there paint an even clearer picture.

“Now that I’m spending more time in Spain, I find that everyone I meet knows someone with poor broadband,” he said. “Even though Spain is among the top countries in Europe with fiber buildout, I know first-hand there’s still a big hole to fill in terms of connectivity in rural Spain. I’m proud that we’re here to help answer that need.”