How to save data when gaming online with Viasat Internet 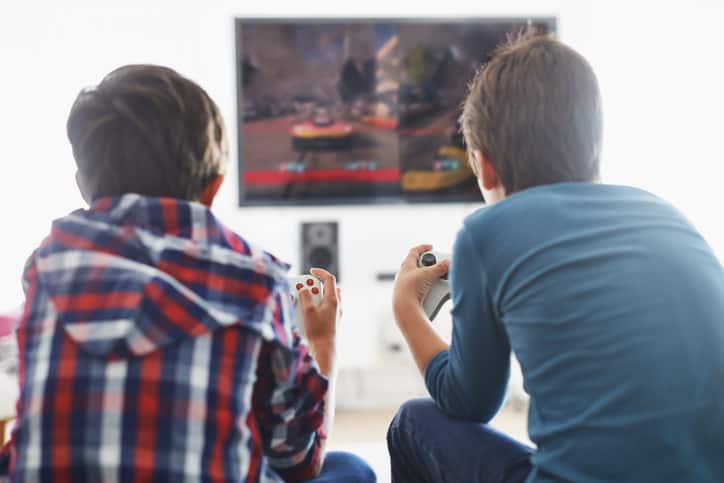 So the video gamer in your house insists their gaming time isn’t the reason for the data overages you may be experiencing, but all those hours playing video games must be using up all your data, right? Well, maybe. To find your data-gobbling culprit, let’s start by looking at a few possible factors: Downloading new games, automatic updates, and playing multiplayer online games.

Patches and downloadable content are data hogs, too. It may surprise non-gamers to learn that most modern games, even single-player titles, exchange data over the internet whenever a user is online. These can be quick checks that use a tiny amount of data, or giant patches that add features and fix bugs. If you’re lucky enough to own a Playstation 4 Pro (or the forthcoming Xbox One X), some games will try to download 5 GB or more in updates the very first time you load them up! So:

Learn more about gaming over satellite

It is actually super difficult to play video games this way.

It’s also helpful to understand the difference between multiplayer games that store most of their assets locally on your hard drive (League of Legends, Hearthstone, Overwatch, Dota 2, World of Warcraft) and web browser-based games that are constantly downloading the sights and sounds as you play (Runescape, From Dust, Candy Crush Saga Online). Locally stored games tend to use less data, since much of the work is done on your own computer. However, video games played on a browser have to download textures, images and music, which can use up a lot of bandwidth. Try to limit your time on browser-based games.

Voice chatting does use data whenever a player transmits his or her voice to another player, but generally it’s not a huge data hog in and of itself.

Are you a fan of gaming on your phone? Fear not! Playing video games on your phone may be hard on your battery life, but it’s typically not too bad for your Viasat data plan. As long as you keep your phone connected to Wi-Fi and keep and eye on your usage, you should be OK.

Just remember that if you’re playing lots of mobile games on the go, you may run out of data with your cellular service provider. When the Pokemon GO craze hit in 2016, gamers were playing for hours at a time all week. Because these players were out of range of Wi-Fi and using cell phone data, many hit their data limits with their cell service providers.

Just remember, there are some exceptions. Some mobile multiplayer games download a portion of the game when you need it. When you reach a new area, the new portion you need is downloaded, oftentimes in large chunks.

In order to catch ‘em all without worrying about hitting your data cap, disable the app’s background data on cellular networks in the game settings and only play for an hour at a time.

So, are video games making you go over your data limits? Yes and no. The bottom line is that data usage varies among online games. To be on the safe side:

Learn more about gaming over the Viasat network.