How the Viasat ground system connects earth and sky 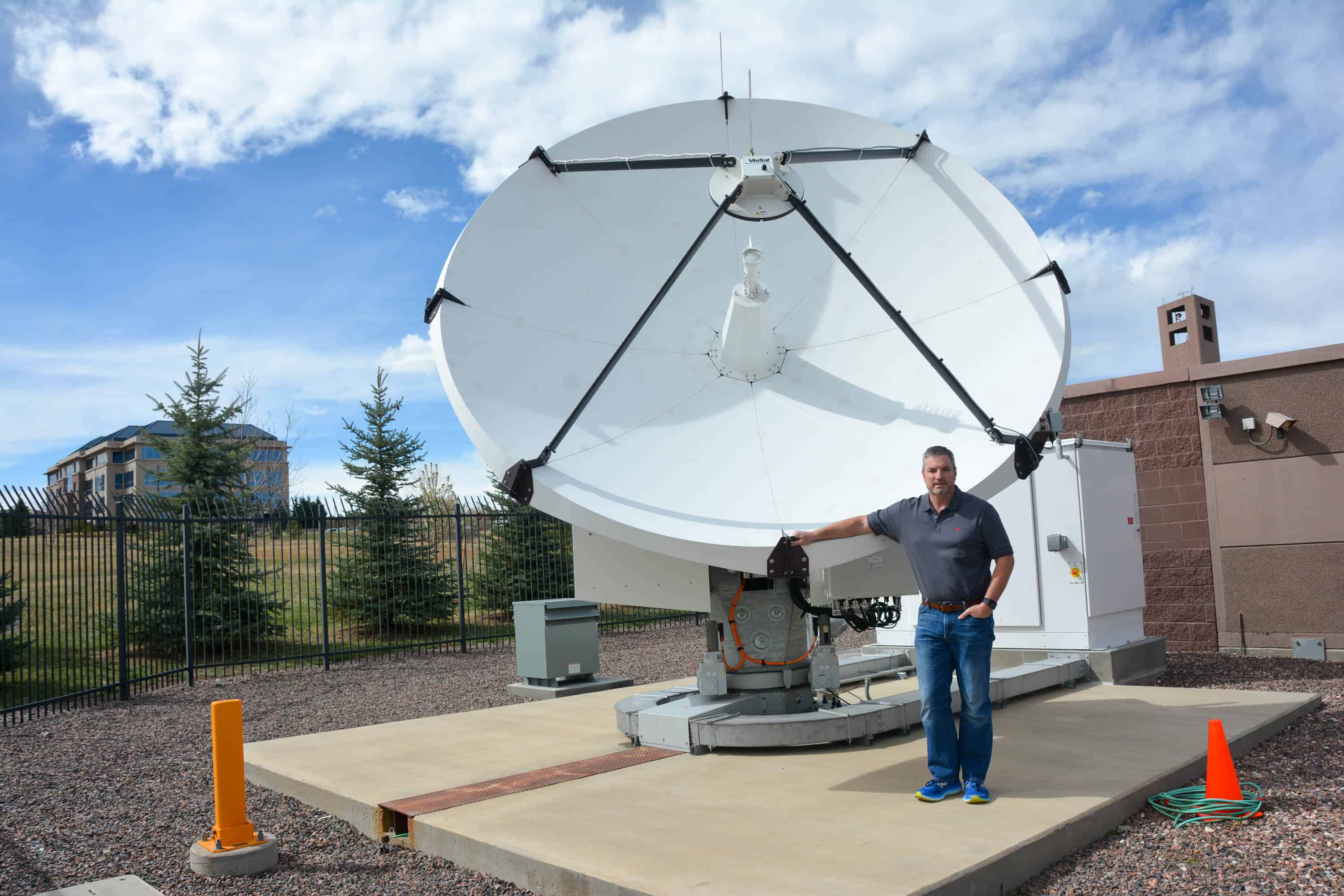 Work on the ViaSat-2 ground system began in early 2013, when the satellite itself – set to launch in early June – was still just an artist’s rendering.

Viasat designed and developed the system, and a team has spent months testing the system in a lab and with a select group of residents.

“Our team has to deliver a working ground system that’s ready when the satellite is ready,” Viasat Senior Program Director Phil Lampe said.

Meanwhile, company employees found land on which to construct the Satellite Access Nodes (SANs), or gateways, that connect to the satellite.

SANs are strategically placed to maximize the capacity and availability of the satellite. Each SAN includes a compact Ka-band satellite antenna and all the other elements needed to transmit and receive signals to and from the satellite. Powerful, yet small and compact, the SAN’s footprint is about the same as a cellular tower.

Viasat’s satellite design team determines where the SANs should be, and gives Viasat Director Travis Golliver the latitude and longitude.

“I’m given an ellipse around that ideal location as a search ring in which my team has to go find the land,” Golliver said.

In the quest to expand Viasat’s ground network, Golliver and his team have worked through regulations about migratory birds, environmental sensitivities and homeowners associations’ requirements. Golliver said he’s faced steep challenges in acquiring land, but has never failed to do so.

He is also charged with designing and permitting for construction and installation of the SANs.

The team’s heaviest lift comes after the satellite reaches its orbital slot later this year. ViaSat-2 is a complex satellite that will require significant testing and verification with the ground network – work that can’t begin until the two are linked.

“From the day we get the keys that allow us to start testing the satellite to the day we start service is going to be 24/7,” Lampe said. “At that point, the satellite is in place, burning fuel and it’s using up its life.”

The challenges of their work aside, both Lampe and Golliver are enthused about Viasat’s future.

“Just the sheer capacity we will be enabling – it’s more than twice that of ViaSat-1,” Lampe said.

“To me, it’s just amazing how we continue to push the envelope,” Golliver said. “I’m incredibly excited.”