How the private sector can help Britain's Skynet-6 program

For the UK Ministry of Defence, companies like Viasat offer strong options for affordable connectivity with the latest satellite technology 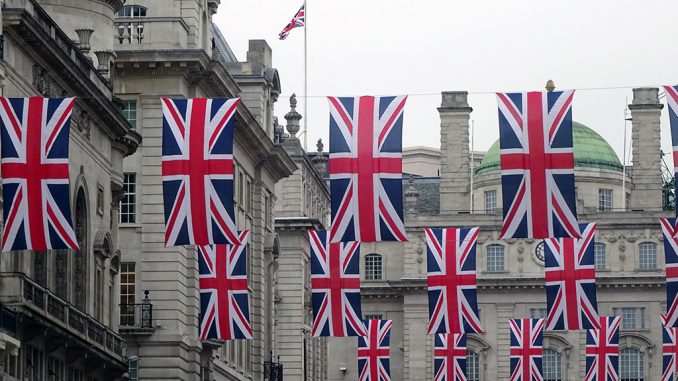 What do the UK’s new aircraft carriers, stealth fighters and active duty military personnel all have in common? The need for ubiquitous, high-speed, secure and resilient connectivity. The British military is fielding an impressive array of new weapons, from Queen Elizabeth-class carriers and F-35 fighters to upgraded armored vehicles. All of these projects — as well as an increasing number of legacy systems — share a voracious appetite for connectivity. Without access to sufficient connectivity, even the most sophisticated weapon will be left at a substantial disadvantage — potentially putting warfighters in harm’s way.

“The UK has an enormous opportunity to make the most of new capabilities being driven by private-sector SATCOM providers, including Viasat.” —Ken Peterman, Viasat.

The UK Ministry of Defence (MoD) recognized the importance of connectivity more than a decade ago when it began the Skynet-5 program, a public-private contract in which the MoD outsourced satellite communications (SATCOM) services to a commercial organization, as a fully managed service. This included the provision and operations of satellites, upgrades to ground stations and the delivery of user terminals and support. The Skynet-5 contract is ending in late 2022, and the final shape of Skynet-6 isn’t clear. What is clear is that the world has changed over the past decade.

The UK’s commitments continue to span the globe from the Baltics to the Pacific, even as multiple defense priorities compete for scarce funding. As threats from adversaries evolve, coalition operations have now become the norm, which in turn demands access to an advanced SATCOM network to improve collaboration and enhance mission effectiveness. As adversaries move to develop sophisticated space weapons, including anti-satellite capabilities, demand for a robust, secure and high-speed SATCOM network is soaring. Which leaves the question: How will Skynet-6 respond to this mix of peril and promise? One option is for the UK government to build on its experience of outsourcing SATCOM and move to a service-based interoperable network. This approach leverages the best of private-sector innovation to ensure the MoD can meet the connectivity demands required to deter adversary threats – all at reduced cost and reduced risk to the UK government.

Ken Peterman, president of Government Systems at Viasat, is meeting with a number of MoD and coalition senior leaders to advocate for such a system.

“By moving to an interoperable network that combines the power of government purpose-built systems with the rapid technological advancements being driven by the private sector, the MoD can easily transition to the high-speed, secure, resilient and ubiquitous system required to adopt new and emerging technologies and deter both current and future threats,” Peterman says.

Viasat believes that if the MoD were to empirically analyze commercial SATCOM services in a defense context, the results would reveal that the most reliable, secure, user-friendly and cutting-edge services available to meet the needs of defense forces are readily available today. This means offering capabilities such as network layering and resiliency, rapid scalability, cybersecurity, real-time awareness of network threats, and the ability to quickly incorporate the latest technology and practices. “The UK has an enormous opportunity to make the most of new capabilities being driven by private-sector SATCOM providers, including Viasat,” Peterman adds. “These private-sector advancements will satisfy emerging mission requirements, optimize existing assets and provide access to a wide range of new technologies — all at lower cost and lower risk to the MoD.”

As an example of adaptability, he points to Viasat’s Hybrid Adaptive Network (HAN) satellite architecture concept — a flexible, scalable system not locked to any single vendor. HAN architectures can simultaneously work with government and private networks as well as multiple satellite orbital regimes and frequency bands to significantly enhance the capabilities of armed forces. Steve Beeching, managing director of Viasat UK, echoes the need for the MoD to move to a HAN based SATCOM architecture.

“In an era where the threats to the UK and its strategic partners have become so diverse, working closely with industry is going to offer the UK government the ability to provide effective integrated platform solutions — which remain at the forefront of technology — into the hands of our armed forces with unprecedented speed,” Beeching says.

Peterman believes that ultimately, military SATCOM must offer the same reliability and ease of use that commercial civilian customers have come to expect. “We have a new generation of warfighters who have grown up accustomed to an always-connected civilian way of life,” he says. “The private sector is capable of deliver HAN networks today, which will create a nearly seamless transition to Skynet-6 as well as provide access to a range of advanced capabilities.”

Beeching notes that Viasat is involved in a number of discussions with UK senior leaders to ensure the Armed Forces have access to the latest connectivity services required for them to maintain a tactical edge across today’s data-driven battlespace. “We have the opportunity to work with the MoD and partners to develop the most sophisticated SATCOM system ever built, and we’re looking forward to what the future has in store for Skynet-6,” Beeching says.