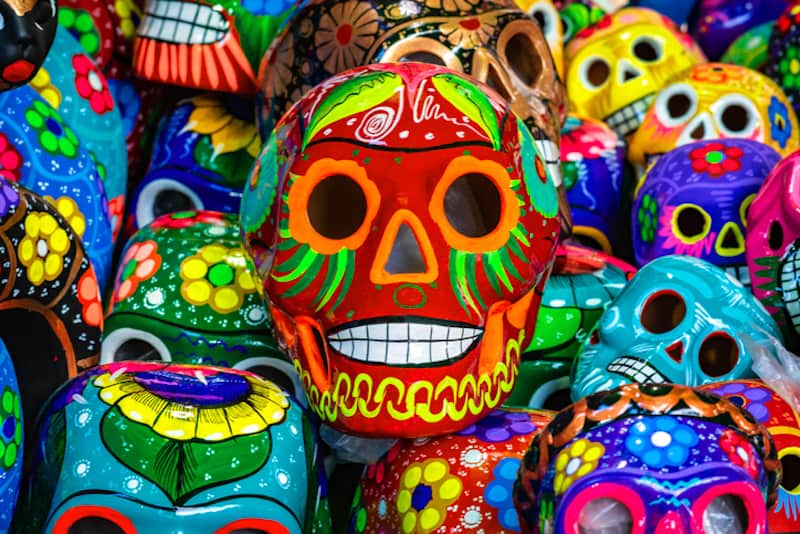 Viasat benefits specialist Gabby Langley was a fourth grader in a Georgia elementary school when she first encountered discrimination. The Costa Rica native and her classmates were singing “The Star-Spangled Banner” and “God Bless America” as part of music class.

“This kid turned around, and said, ‘You can’t sing that, you’re not an American’,” Langley said. “It was a hard hit for me.”

“I went home and cried and told my parents, and they said, ‘You’re from Central America and that means you’re an American’.”

“When I took my oath to become a citizen in 2017, they played ‘God Bless America’ and the national anthem. I had tears in my eyes because I thought about that incident, and I said to myself, ‘I did it.’ It was a defining moment for me.”

Another moment came when she was hired at Viasat in 2017, soon after joining the company’s Hispanic/Latino Leadership Alliance (HOLA) employee resource group. Langley had previously worked for another San Diego area technology company. Because she was a temp employee there, Langley said she wasn’t allowed to join the leadership team in groups like HOLA.

“Here, I also started as a temp employee, but I was welcome to the events and to join their leadership team,” she said. “It was comforting to be able to have a group where people were of the same ethnicity as I am but also from so many walks of life. We have members from engineering, finance, recruiting – everywhere in the company. The message is, you’re here, you work for this company, you’re a contributor and you have a voice.

“It’s the same with Viasat overall. This company has been very welcoming; they welcome ideas of all kinds and people of all backgrounds.”

As a member of HOLA, Langley is coordinating a speaker to mark National Hispanic Heritage Month, which kicked off Sept. 15 and continues through Oct. 15.

Pedro David Espinoza is an entrepreneur, investor, board member, TED speaker, and author who encourages Latino youth to pursue careers in STEM. A native of Peru, Espinoza’s book, “Differences That Make a Difference: How Organizations Succeed by Focusing on Innovation through Inclusion,” received the 2020 Latino International Book Award Best Winner for Current Affairs.

Langley said Espinoza’s work reflects a theme that’s central to HOLA: The belief that everyone has a story that can inspire and help someone else.

“Last year during Hispanic Heritage Month, I had the idea to build a theme around connecting our stories – what connects us, what makes us unique but at the same time connects us as one. It’s been inspirational to hear different stories, and find the common elements within them. And it makes you realize what we share and how much common ground we have.”

The HOLA ERG launched at Viasat in 2014. Since then, the membership has grown from 15 members to 75. The group’s goal is to deliver a unified voice to its membership on issues of common interest and to enhance their career and personal development.

Program Manager Soozan Alcaraz, who leads the group, said the sharing of personal stories has proven effective in motivating its members personally and in their careers.

“Your story matters and will impact somebody else,” she said. “It doesn’t matter whether or not you have an engineering degree – look where you are today. You work for a fantastic company in southern California. People want to know how you got there.

“By sharing our experiences, we let people know to keep pushing forward, you’ll get there.”

National Hispanic Heritage Month began in 1968 as a time to celebrate the histories, cultures and contributions of American citizens whose ancestors came from Spain, Mexico, the Caribbean and Central and South America.