For this antenna expert, work at Viasat has been rich with opportunity

In our Women in Technology series, we catch up with Kristin Walsh, an antenna engineer in our Atlanta location who's found a lot of career success with Viasat. 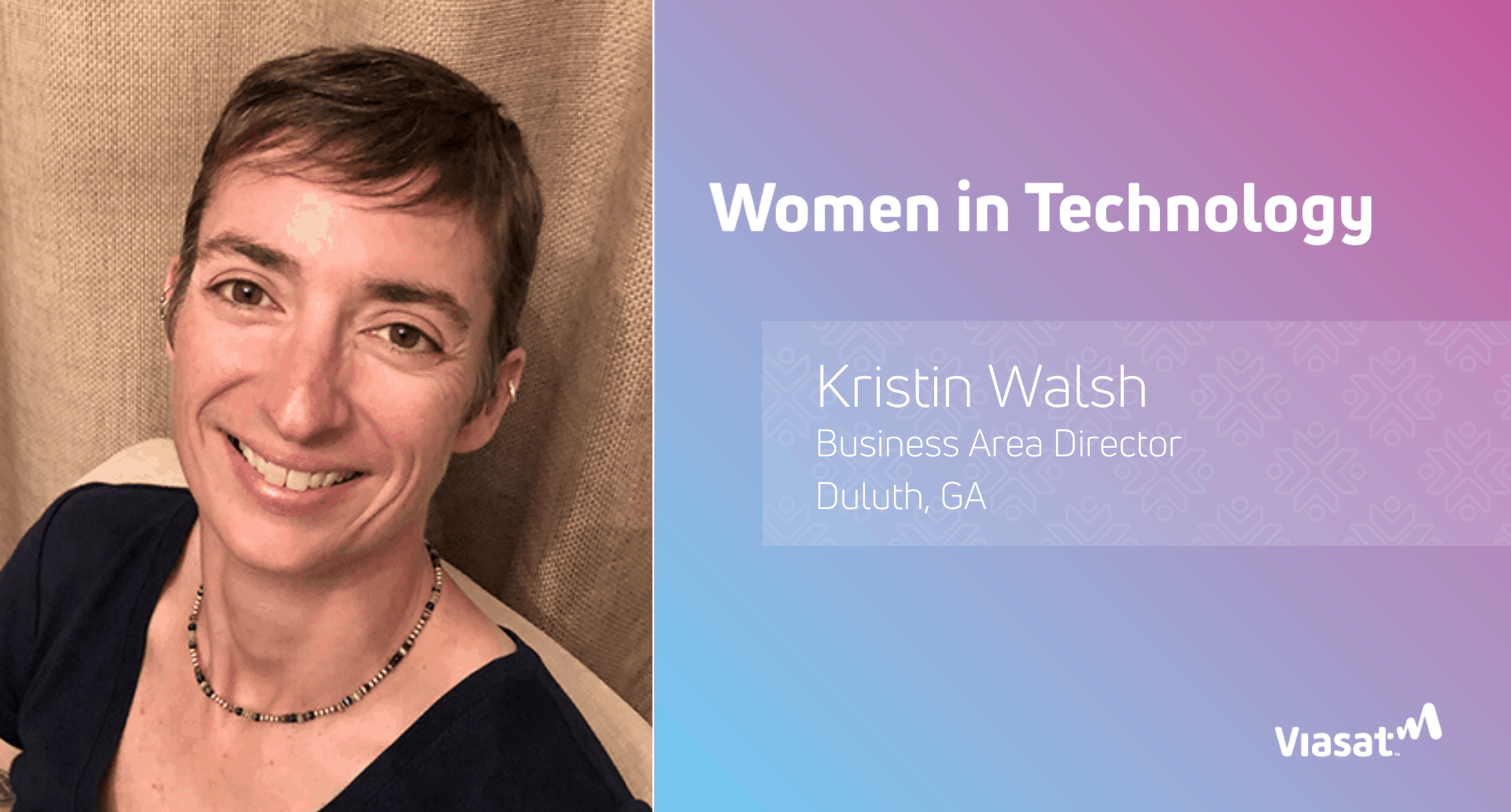 Business Area Director Kristin Walsh feels her career trajectory at Viasat has been just about unlimited. That’s based on a decade working at the company’s Atlanta office, which develops antennas that transmit and receive satellite signals.

“Opportunity-wise, I’ve been offered more than I could possibly handle,” she said.

Walsh believes women add significant value to any organization. And she hopes to see more in the tech industry – especially in engineering.

“Women and men think differently, so when a woman is brought into a discussion, you get a completely different perspective,” she said. “I don’t see enough women in the workplace, but that’s not because Viasat isn’t committed to hiring women. My perception is there still aren’t as many women as men choosing these paths.”

Walsh, 42, believes that trend is shifting with younger generations, and hopes her example has helped pave the way.

From a young age, Walsh’s interests drew her toward careers dominated by men. As a teenager, Walsh wanted to repair cars. Her father didn’t share that vision for his daughter’s future.

“My dad just wasn’t supportive of me pursuing a traditionally male-dominated career,” Walsh said. “He wanted me to be more successful than he was as a plumber and electrician.”

Instead of auto mechanics, Walsh earned bachelor’s and master’s degrees in mechanical engineering, with a focus on automotive powerplants and vehicle dynamics.

“I was the only female from my class in my small Pennsylvania hometown who went to college in a technical field, and the only one who left the state to go to college,” she said. “I think a lot of women my age had the same experience with career selection. Women just weren’t as independent yet.”

Today’s young women have different expectations. Millennial women are more likely than men to have at least a bachelor’s degree. They’re putting careers first and marriage later, and are more financially independent than any generation before them, according to the Pew Research Center.

Walsh’s gender hurdles didn’t stop with her father, however. A male supervisor at her first job – for a company that designs and manufactures automotive clutches and transmissions – repeatedly requested she create PowerPoint presentations.

“I told him many times, ‘I’m not your secretary,’” she said. “Then I got transferred into a group where I really got to get my hands dirty and do some design work.”

She felt even more in her element as a program manager and engineering manager at Triumph Aerospace Systems, a job she loved. So when Viasat offered her a job in 2008, Walsh initially hesitated.

What tipped the balance was a trend she noticed among Viasat’s employees.

“I was shocked by the number of people who’d been at Viasat for decades, and by the mother/daughter and father/son pairs,” she said.

Walsh’s work in antenna development allows her to touch a variety of technologies aimed at helping a broad cross-section of people – from phased array antennas for connected cars and antennas for airliners, to mobile broadband for military troops and the upcoming ViaSat-3 global satellite constellation. It’s work she finds endlessly fascinating and deeply rewarding.

“The airborne business and ViaSat-3 are certainly the most exciting for both commercial and government,” she said. “But I enjoy all the challenging leadership aspects of being part of a growing, diverse team.”

Her passion for Viasat extends well beyond the life it’s given her to the kind of life she hopes it can bring to others.

“It’s the human relationships, the fact that we help keep people connected and are helping some of them gain access to education,” she said. “I feel I’ve been incredibly fortunate in the opportunities I’ve had and I want to keep working to ensure others have access to the opportunities they deserve.”