How well does VoIP phone service work with satellite internet? 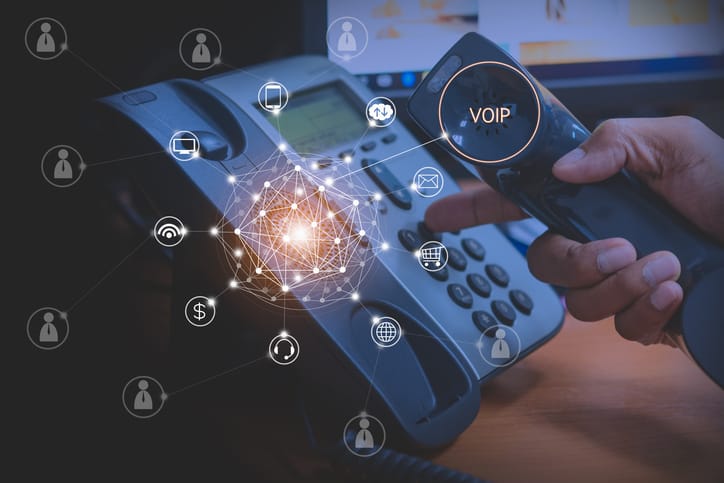 We occasionally hear someone say satellite internet doesn’t work with an internet landline (VoIP) due to latency, but that’s simply not true. In fact, we offer a VoIP service called Voice that works just fine over our network, and other VoIP services work as well.

Compared to a traditional landline, you will notice a slight delay using VoIP over satellite, since the signal has to go up to the satellite and back (that’s the latency). This is similar to the delay you might notice on a cellphone, and most people say they adjust to it pretty easily.

But why, you might ask, do you need any kind of landline in the first place?

Good question! When cellphones became commonplace starting in the mid-’90s, lots of people found they rarely used their landline anymore and eventually gave it up in favor of going all-cell. For most people, having only cellphone service works just fine, and those with strong cell signals in more urban areas usually don’t miss their landline at all.

So where does a VoIP landline make sense? Many of our Voice customers have the service because they live in an area with poor cell signal, and some live in areas where there’s no cell service at all. If they want to make a phone call, they’ve pretty much got to have a landline of some sort. (They might also use a service like Skype over their internet connection.) There are plenty of places in the U.S. where wireless signals from cell towers simply don’t make it to people’s homes. Of course, that’s not a problem for a satellite signal, which is beamed directly to an antenna on your home from our satellite in space.

Compared to cellphones, most VoIP services have some greater functionality for managing calls. With Voice, for example, you can use your landline phone number as your primary contact for, say, your kid’s school, and if the school calls, it rings to your cell (or your spouse’s) if no one picks up the landline. You can set which times of day things get forwarded, so you never miss an important call.

Another thing to keep in mind is that, compared to traditional service from the phone company, VoIP services such as Voice are typically much more affordable. Especially if you use your landline as a backup, why pay a ton of money for it?

So if you’re fine with the cell service at your house, you might not need a landline of any kind. But if you do need it, don’t let anyone tell you VoIP doesn’t work over satellite internet! And if you want to try it out before you buy, visit one of our local dealers. Most of them have Voice set up in their showroom, and you can see for yourself how well it works.