Denver engineer Ramya Venkataraman has followed her own path at Viasat, going from being an intern to leading her own team of interns and new grads. 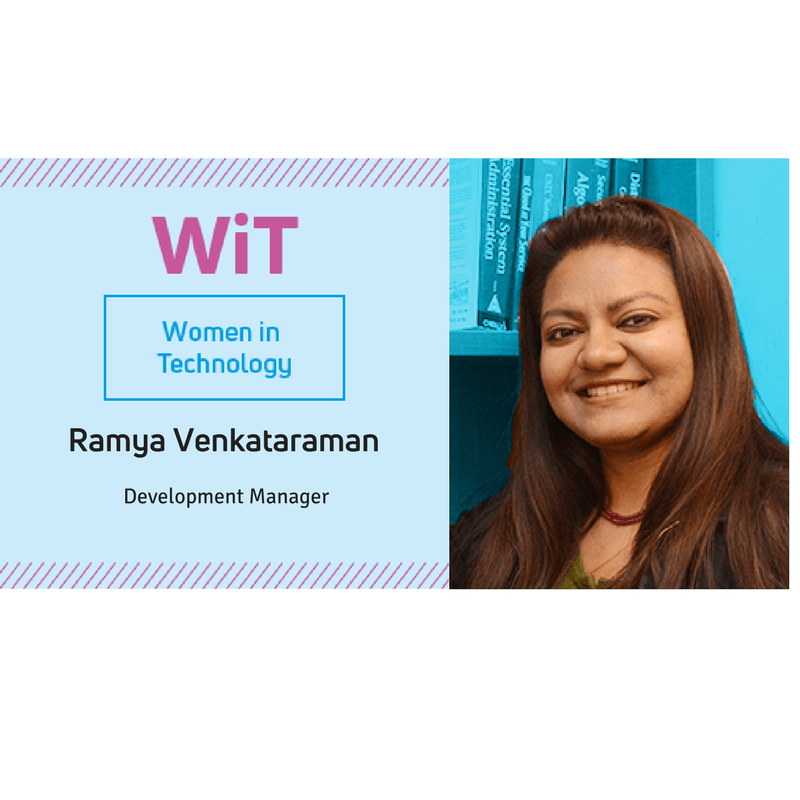 Viasat engineer Ramya Venkataraman needs only to look homeward to see the value in her life’s work.

The small Indian village where she grew up recently gained access to broadband internet. And life there is changing.

“The elders are being transformed by the youth,” said Venkataraman, a Denver-based Development Manager. “All of them are on Facebook and WhatsApp, and now they see what’s going on. It’s helping them be connected across the globe.”

Venkataraman has spent her entire career helping bring the internet to under-served populations like those in her hometown. She started as an intern at Viasat in 2008 and steadily advanced.

Today, her team consists of interns and new graduates.

“This company completely goes off of an individual’s capability; I wouldn’t say gender or color has ever impacted anything I’ve worked on. It’s competence- first approach that just looks at your total competence in giving you the opportunities to thrive."

“A lot of confidence was placed in me when I was an intern,” she said. “This is one way of giving back.”

Venkatamaran’s determination to pay it forward was inspired by her mentors at Viasat and in India.

Born with a knack for science and math, she was drawn toward a career in technology. But pursuing it would require her to take a very non-traditional path.

“I was trying to break out of the traditional norm,” she said. “It was essentially me deciding that’s not what I wanted, and believing whatever I wanted was on the other side of fear. You think of fear as the barricade, so you have to walk through it.”

Venkataraman earned her engineering bachelor’s degree at India’s Visvesvaraya Technological University. But she wanted to continue her education in the United States.

She later met her husband, Kannan Premnath, a mechanical engineering college professor at the University of Colorado Denver. The two bonded on their first date over a shared love of differential equations.

After their marriage, Venkataraman earned a master’s in electrical engineering at the University of Southern California in Los Angeles.

“Unless a woman has a good support system, (having a career) is very challenging,” she said. “We have this inherent need to be a perfectionist everywhere, even though we know that is not possible. If the house is messy, he’s not going to get mad; he’ll jump in and say, ‘Hey, let’s clean it together.’ He has always been a person I can lean on.” 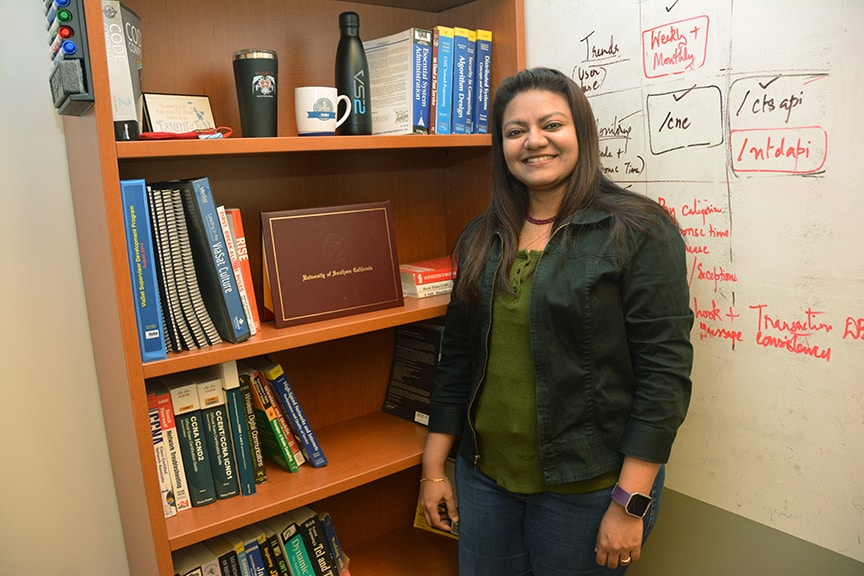 Ramya Venkataraman in her office at Viasat Denver. She's well known as a whiteboard fanatic, filling up the one in her office as well as anyone else's when she feels a visual explanation is in order.

Venkataraman was fascinated not only by the technology, but in the company culture that encourages employee-driven career development.

“Viasat is a very caring company,” she said. “They give us a lot of opportunity to grow once they see what you’re capable of handling.”

Currently, she and her team are building a unified Viasat app and website platform that will offer customers several methods for managing their service. Those options to-date include the EasyChat app, and text messaging.

“Whichever channel they choose, they will have a consistent experience in terms of look and feel, functionality and ease of use,” she said.

The team is working on a platform to launch those tools globally as Viasat expands its service.

Venkataraman, who finds her career deeply enriching, wants to see others have similar experiences at Viasat. That experience can be had regardless of gender or race, she said.

“This company completely goes off of an individual’s capability; I wouldn’t say gender or color has ever impacted anything I’ve worked on,” she said. “It’s competence-first approach that just looks at your total competence in giving you the opportunities to thrive.

“How you define your peers matters a lot. If you look at your peers as just other girls, you might paint yourself into a corner. Always look around and define who you want your peers to be, then associate yourself with the people who are heading in the direction you want to go.”