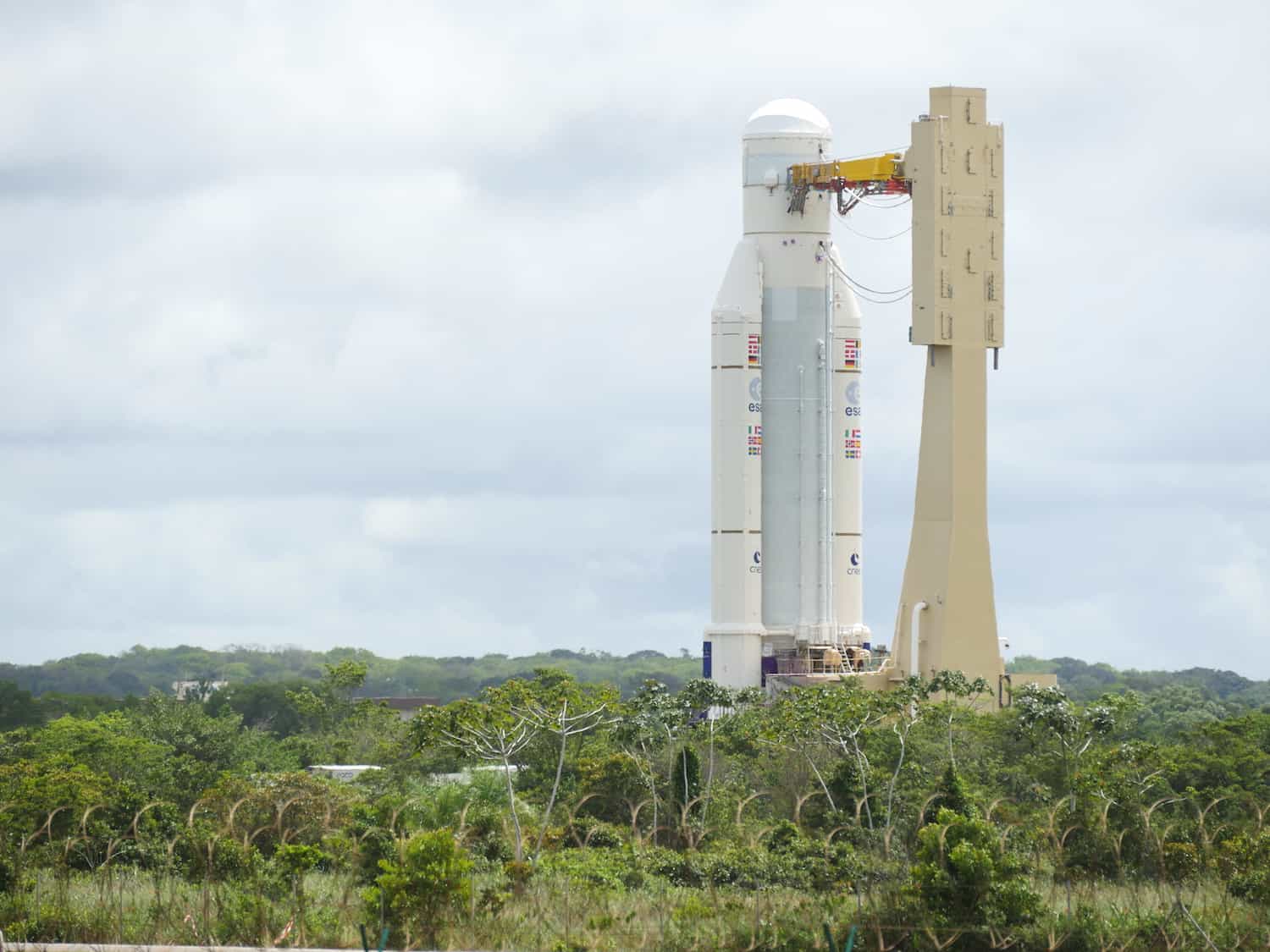 ViaSat-2 is making strong progress on its way toward its June 1 launch. The second week of the launch campaign closed by reaching a number of achievements including ViaSat-2 being transferred from the BIL (French acronym for Launcher Integration Building) to the BAF (French acronym for Final Assembly Building).  The BIL is the building where the rocket is initially assembled from the individual components that are shipped over from Europe.  The BAF is the building where the satellites and the payload fairing (nose cone) will be attached to complete the vehicle for flight.

We hope you enjoy the pictures, and be on the look-out for some additional details on the ViaSat-2 launch campaign soon.