Checking back in with a satellite internet ‘pioneer’ in rural Missouri

With few options in his remote location, one Viasat Internet customer relies on his satellite internet connection to run his IT consulting business.

It was about five years ago that we first checked in with J.D. after noticing he’d written a review of our service on his own blog. Back then, J.D. had recently switched from our original WildBlue satellite internet service to Exede, which we launched in 2013 with 12 Mbps download speeds.

It was a big step up for J.D. and his young family, who live in an inholding in the Mark Twain National Forest in southern Missouri. An IT professional by trade whose clients include some of the resorts in Branson, MO a few hours away, J.D., his wife and two young children live in what could only be described as “the sticks.”

“There are no power lines, no telephone lines — it’s completely off the grid."

But he wouldn’t have it any other way. An “inholding” refers to a parcel of private land surrounded by National Forest, and with few neighbors around and only his parents’ cabin nearby, the family enjoy an idyllic lifestyle. 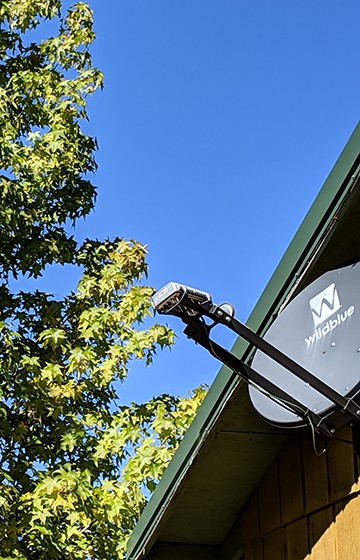 While still sporting its original WildBlue dish, J.D. has upgraded to the latest Viasat service available in his area.

“There are no power lines, no telephone lines — it’s completely off the grid,” J.D. says. “The closest town is about 13 miles as the crow flies, but more like 17 miles by road.”

The town is close enough to attend what J.D. says is a very good public school, and the locals are very friendly.

“It’s a great place to raise kids,” says J.D., whose children are 6 and 8. “This area is blessed with a large number of springs and natural rivers. When you get on them, there’s no evidence of human activity — you’re just in nature.”

Connected in the woods

While some who live off the grid may do so for the experience of being completely unplugged, J.D.’s rural proclivities don’t extend that far. His business relies on him being connected, and he was an early adopter of satellite internet with the Starband service in the 2000s. He said they’ve used just about every residential satellite internet service available. Now that he can get a 30 Mbps unlimited plan with Viasat, he said it’s the best yet.

“I’d probably choose it over DSL if we could even get it,” he says. “It’s very competitive with those services, the reliability is very good and I generally don’t notice any issues with rain or clouds affecting service.”

When he’s not online doing work for his clients, J.D. runs a blog where he reviews products and offers advice on tech issues.

“It’s a fun thing to do on the side, a hobby,” he says, noting that the advice and opinions he offers online are things he’d do anyway. “Like if someone asks about an IP issue they need resolved, I’ll just go ahead and post the answer.”

Despite being just a hobby, J.D. says the blog has driven some income his way using Google AdSense and Amazon Associates.

“The key to success with a blog, though, is writing about something you already enjoy,” he says.

And when it’s time for vacation, do J.D. and the family head to the big city?

Not exactly. The family owns a small cabin in southern Colorado that’s almost as remote as their home in Missouri. But with no cell service in the area near Silverton, J.D. said he’s thinking of installing a Viasat system there as well.

“I like to be places where I feel like I’m on vacation even though I am still working,” he says of his desire to be off the beaten path but still online. “Viasat has just been a real asset to our family.” 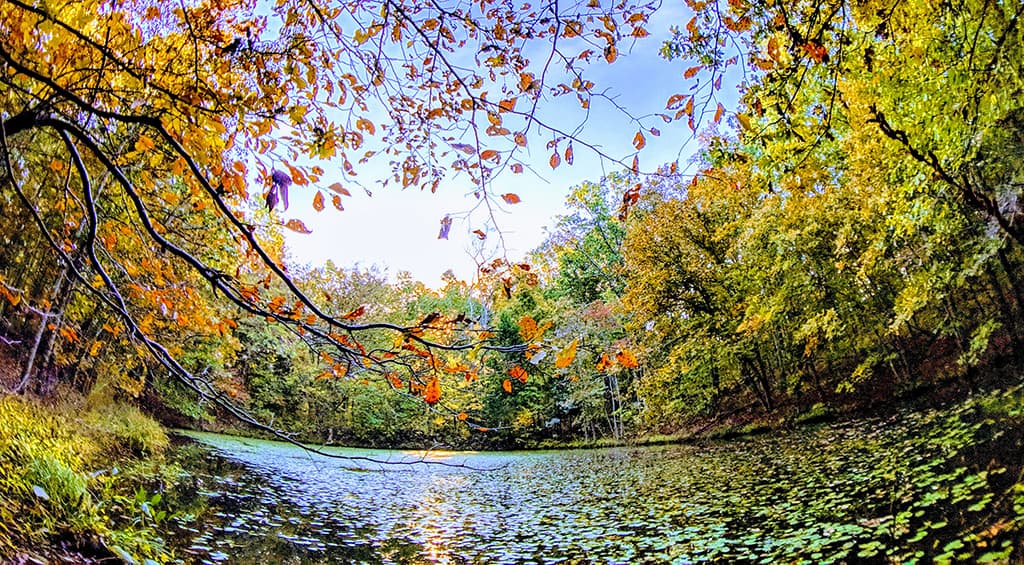