At NATO exercise, Viasat shows the power of layered resilience and the connected cloud

At a NATO disaster-preparation exercise in Serbia in October, Viasat demonstrated how its MMT nomadic terminal can establish near-instant communications when terrestrial networks are disabled or overloaded. 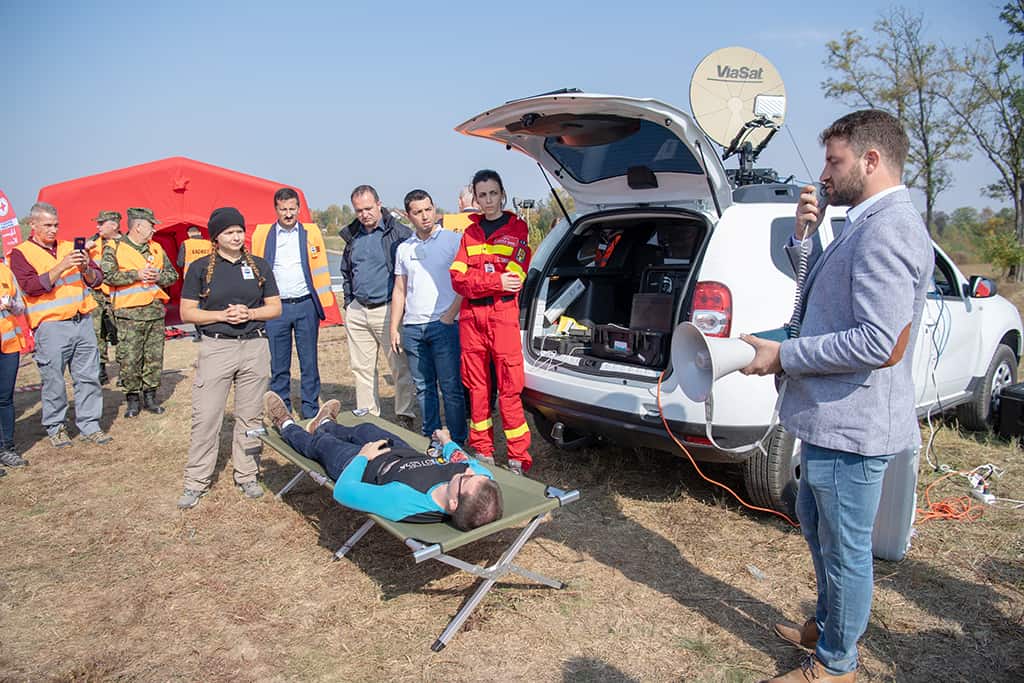 Whether it’s an earthquake, hurricane, terrorist attack or any other kind of disaster, governments and international organizations looking to improve their responses to emergency events are increasingly relying on connected technologies to better manage and coordinate their efforts. Innovative technologies are bringing unprecedented capabilities to the emergency response landscape; however, the vast majority of these technologies don’t amount to much if they can’t get online, and in disaster areas, that’s rarely a given. Phone lines, cell towers and other communications infrastructure is often damaged, destroyed, or heavily congested in disaster areas, leaving first responders in the dark if they don’t have a way to communicate. That’s why Viasat was asked by NATO to demonstrate our ability to deploy portable (nomadic) satellite terminals that can be set up in minutes to enable emergency personnel to communicate — regardless of the condition of terrestrial networks. NATO’s Euro-Atlantic Disaster Response Coordination Centre (EADRCC) held a large training exercise, this year in Serbia Oct. 8-11. More than 40 countries and over 2,000 people participated. John Reeves, the Executive Director of Strategic Initiatives with Viasat’s Government Systems team was on hand with other Viasat personnel to demonstrate the capabilities of the Multi-Mission Terminal (MMT). This is a portable “flyaway” satellite terminal that not only can be transported easily and set up quickly, but also has the ability to access different satellites. 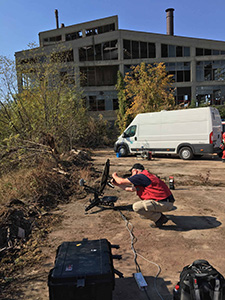 Viasat's Steve Hallett prepares the MMT nomadic antenna for trial at the NATO disaster-preparation exercise in Serbia in October, 2018.

“The terminal’s multi-waveform capability showcases the power of Viasat’s Hybrid Adaptive Network and ensures emergency personnel remain connected at all times,” Reeves said. Reeves explained that the basic need for connectivity can sometimes be overlooked. “If you think of this communications ecosystem like a soccer match, you can have the crowds in the stadium wearing brightly colored uniforms and reciting chants and the players running around the pitch. But without the ball, you wouldn’t have a very productive or interesting match,” Reeves said. “No one talks about the ball, which in this case is the connectivity and the security. It’s imperative that we remember to take a holistic approach to communications networks to ensure our emergency responders can leverage these game-changing connected technologies in any environment.”

At the NATO exercise, Reeves said one of the main areas of interest for the Viasat MMT was to enable telemedicine. For severely wounded people, survival is dependent on receiving immediate care. In the absence of a nearby hospital, first responders and their patients can benefit tremendously from a live video connection to a doctor in another location, as well as the ability to allow doctors to monitor vital biometric data in real-time. To demonstrate this, the Viasat crew worked with a Romanian telemedicine team to conduct mock field trials of telemedicine over satellite. “We successfully conducted telemedicine from four very different and challenging locations –reflective of what might be seen in a real disaster zone,” Reeves said. “It worked perfectly in all scenarios, which is a testament to the agility and reliability of the platform,” Reeves said. Along with the ability to connect in remote areas, the MMT can also be run on minimal power. In Serbia, one of the trials had the terminal connected to a vehicle battery via the cigarette lighter using an off-the-shelf power converter. Along with internet connectivity, the terminal also provides the ability to connect to VoIP phone — essential for areas where cell service may be down. Another critical component is cybersecurity, which is built into the Viasat network from the ground up. 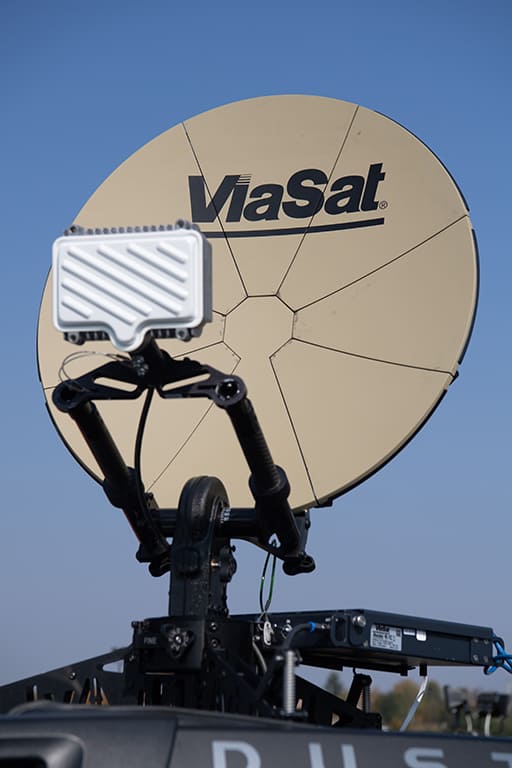 A closer look at the Viasat MMT nomadic terminal.

“It’s not an afterthought,” Reeves said. “Cybersecurity is a cornerstone of our Hybrid Adaptive Network, and is essential to maintaining the layered resilience of the entire system.” The MMT is designed to run on Viasat’s Hybrid Adaptive Network (HAN) architecture which is composed of multiple, independent communications networks, allowing emergency responders to seamlessly access communications networks in much the same way commercial mobile device users can roam across multiple different cellular networks. This Hybrid Adaptive Network maximizes emergency responder capabilities and resilience by providing simultaneous access to multiple networks.  These networks may span multiple orbital regimes, operate over multiple frequency bands, provide independent terrestrial infrastructure and feature different network management and cyber defense implementations, providing inherent diversity and removing single points of failure and/or attack.  This ability to move between satellite networks is transparent to the operator, they simply experience high-speed communications and data transfer no matter the location. With the success of the exercise, he said NATO officials are interested in further talks with Viasat about how these types of terminals can be part of the worldwide emergency response landscape. Organizations like the Red Cross already use similar equipment from Viasat, and they’ve proven their worth in a variety of real emergencies and disasters in recent years. This kind of nomadic capability is something satellite is very good at, Reeves said, making it an indispensable tool for disaster response. “Once people see it in action, they start to understand the art of the possible,” he said. “And then they wonder how they lived without it.”