October is National Disability Employment Awareness Month, but Viasat’s facilities team works to make life better for those with disabilities every day 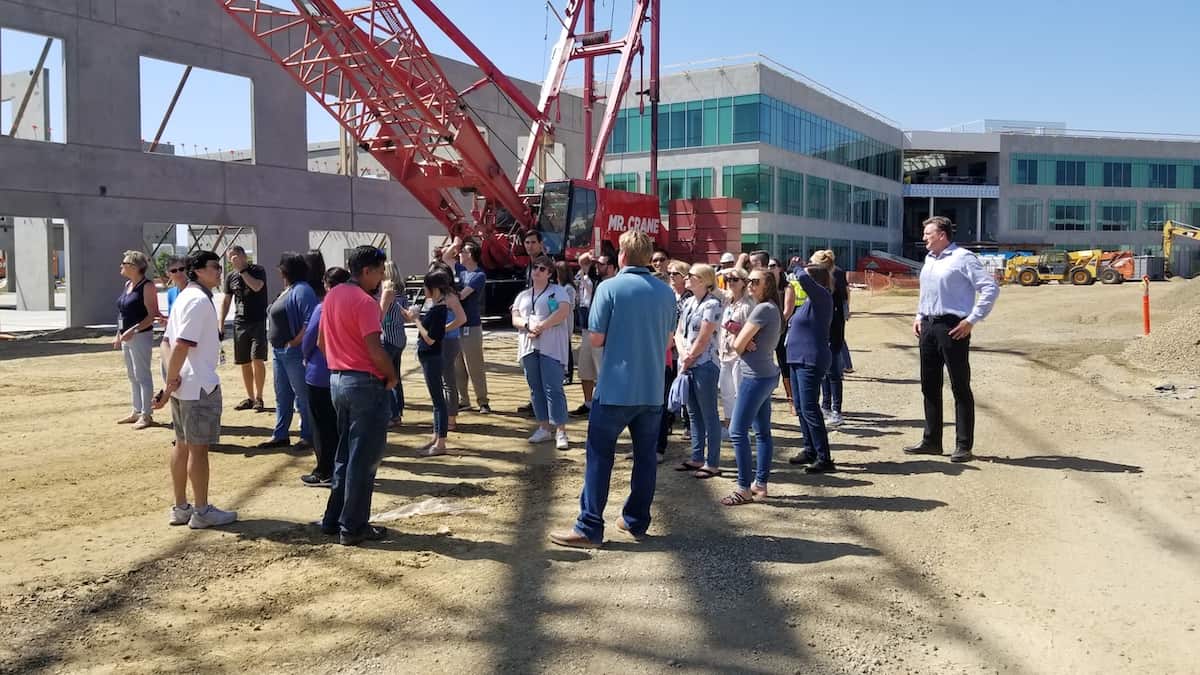 October is National Disability Employment Awareness Month, but Viasat’s facilities team works to make life better for those with disabilities every day

On a June day in 2018, employees at four of Viasat’s largest campuses set out to explore their sites from a different perspective. The goal? To assess how it feels to navigate their facilities as a person with a disability.

Viasat’s facilities teams have always met the requirements of the Americans with Disabilities Act, but this exercise – which took place on the Carlsbad, CA, Denver, Tempe, AZ and Duluth, GA campuses – went much deeper.

“Each team had a different area they focused on and considered the challenges a person with that disability might face,” said Samir Marwah, Viasat’s Director of Facilities.

The teams considered their campuses from the viewpoint of people with visual, hearing, physical disabilities and less obvious disabilities, like autism.

Their assessments ran the gamut, focusing on everything from microwaves heights, card reader access, bicycle parking, access to supplies and copiers, campus way-finding, emergency signage and alerts and much more.

“We walked through the environment, keeping that disability in mind,” said Patty Scott, a Viasat recruiter who is also visually impaired. “We didn’t blindfold anyone, or tie someone’s arm behind their back. We imagined what it would be like for someone with that type of disability – whether they were colorblind, low vision, in a wheelchair, on crutches – there was a series of 10 or 15 specific things they were asked to look at: things like where was the nearest elevator?

“A drawer-style trash can that was heavy and difficult to pull out; how would someone who had one arm use that? We noted a lot of counter-height spaces with coffee pots all the way in the back. How would somebody in a wheelchair get a cup of coffee in that instance?”

At the end of the one-day event, the teams compared notes and have since been steadily making changes.

That’s included extending concrete to replace gravel under a card reader – a benefit not only to individuals with disabilities but women wearing high heels – and installing an easily accessible touch-screen for ordering food in the café.

“Most were small things and not very costly, but even one small change can make a big difference,” Scott said.

They’ve expanded the effort to include Viasat’s other campuses.

Patty Scott, far left, is joined by other members of the Viasat Ability Alliance at a recent event.

All those efforts didn’t go unnoticed. In May 2019, Viasat was named one of the “Best Places to Work for Disability Inclusion” by the Disability Equality Index. The index is a joint initiative of the American Association of People with Disabilities and Disability:IN. Initiatives like the 2018 facilities exercise and the formation of the Ability Alliance helped Viasat earn the recognition.

The facilities exercise was triggered by the Alliance’s 2017 formation. The Ability Alliance is an employee resource group aimed at supporting employees with disabilities.

“Our group wanted to be involved,” Marwah said. “Our focus before was around code requirements, and when that group started, we considered we didn’t have an active voice for someone with an ability challenge — be it mental, physical, mobility or otherwise. This was an organic experience to raise the awareness within our group. Just having that awareness impacts the decisions we make in our design process.”

“You tend to become a lot more conscious of things you didn’t think about,” he said. “Like organizing the chairs in a conference room so if the next person that enters that room is visually impaired or in a wheelchair, they can navigate it easily. Or ensuring bikes aren’t parked on a path designated for a wheelchair. It’s realizing that the little things we do can have an impact.

Scott said her goal is to ensure everyone at Viasat has an environment that helps them do their best work. For her, it’s adaptive software that allows her to “read” her computer screen.

“I want others to be able to do their jobs, too,” she said. “And I want to work for a company that inspires other people with disabilities to say, ‘That’s a company I want to work for because I know I’ll be able to do my work there, and have the camaraderie of people who understand more what you’re going through. I want to help other people with disabilities see the possibilities that are available to them at Viasat.”