A camp for disabled children gets a critical connection 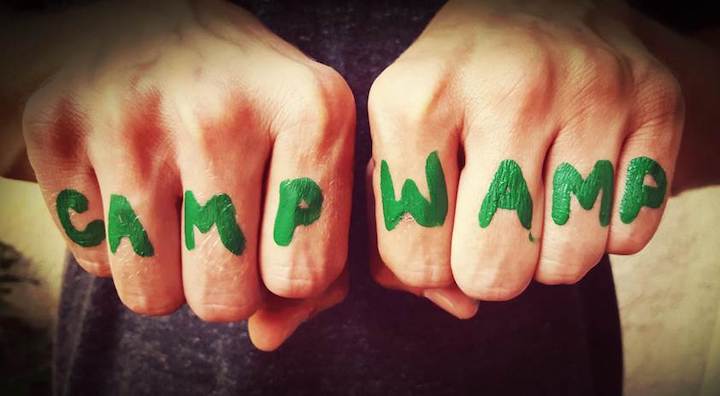 At California's Camp Wamp, disabled children get a big boost from being in the outdoors.

In 2010, Stephen Wampler became the first person with Cerebral Palsy to ascend Yosemite’s infamous El Capitan. The feat was the subject of the award-winning movie “Wampler’s Ascent.”

He undertook the monumental physical challenge in large part to draw attention to his lifelong mission – opening the minds of physically disabled youth to the possibilities in their lives. For the last two decades, he’s done that every summer at Camp Wamp, an Outward Bound-style camp he founded in Soda Springs, CA in 2002.

“It was six days of hell, but it proved to a lot of kids around the world that anything is possible,” Wampler said of the ascent. “I also did it to put our foundation on the map, and it worked in a big way.

“Our camp is all about what you can do. We’re trying to get these kids to think about college, jobs, getting married, buying a house, even climbing a mountain – all the stuff of life.”

These are all things that Wampler now enjoys, which he credits to his first camping experience at age 9.

“I grew up in pretty affluent neighborhood and didn’t really do much outdoors,” he said. “When I got to camp, I thought, ‘There’s so much more out there.’ It opened my eyes to everything that I could do. I realized the possibilities were endless, so I just went for it.

“I went off to college, got an engineering degree, got married, had two kids and bought a house. I just didn’t let my Cerebral Palsy define me.”

The camp he attended as a child later closed. Years later, Wampler reopened it, and has since focused on replicating the profound experiences he had.

To support Wampler in his mission, Viasat recently donated service to the Northern California camp site.

Camp Wamp is a tech-free zone for the guests themselves. But Wampler and his wife, Elizabeth, need the internet to order food and supplies and to conduct other everyday business on site — as well as for emergency communications.

It’s come in especially handy this summer. For the second year running, the pandemic prevented the camp from opening. Instead, the Wamplers hosted a virtual camp, enabled by Viasat’s service.

Campers logged in from their homes to participate in talks and participatory events with Camp Wamp staff, on subjects ranging from cooking to STEAM topics (science, technology, engineering, arts and math).

“That community is often very isolated, and COVID made it even tougher for them,” said Camp Wamp Development Director Mary Trotta. “We had a variety of wonderful activities for them to help keep them focused and connected all summer.”

One of those activities was a volunteer opportunity called “Viasat in the Classroom” — a virtual presentation by lead systems engineer Tom Shokes. He shared information with the children about satellites, how satellite internet works, and about his job. Wampler also participated in the event, using Viasat Wi-Fi to do so.

“One of the objectives we have is to expose them to future opportunities,” Trotta said. “Just because you have a disability doesn’t mean you can’t go into a super-interesting field like those that Viasat offers. It exposed them to interesting, high-level information in a way that people of all ages could enjoy.”

Because Camp Wamp is a nonprofit, the internet service donation helps financially as well, allowing the Wamplers to continue doing what they do best: changing lives. In its nearly 20 years, Camp Wamp has done that for about 1,500 campers. Guests come from throughout the western United States, and all share physical disabilities — a population Wampler said is often overlooked.

“There are a lot of cognitive disability camps, but not a lot for physically disabled in an adventure-oriented camp,” he said. “Here, everything is outdoors. The kids sleep under the stars on a cot. They have boating, fishing, hiking … it’s an Outward-Bound kind of feel.”

And for many, that’s a brand-new feeling.

“Most of the kids have never been camping in their lives, and a lot have never really spent time outdoors at all,” he said. “It’s an eye-opening experience. When they come to camp, they’re scared, they’re crying, they miss Mom or Dad. By the time they leave after a week, they’ve crying because they have to go home.

“The sense of self-reliance, the way they think about their futures, is just changed forever. We really push them to the limit and make them think outside the box, without them really even knowing it. So by the time they go home, their whole life is changed.”

Many former Camp Wamp guests have graduated college, hold fulltime jobs, have married and had children.

“They’re getting on with life,” Wampler said. “That makes me feel awesome. It’s exactly what I wanted when I started Camp Wamp.”