From The World and AOL to cable, fiber optics and satellite, the way we access the internet has undergone a dramatic metamorphosis 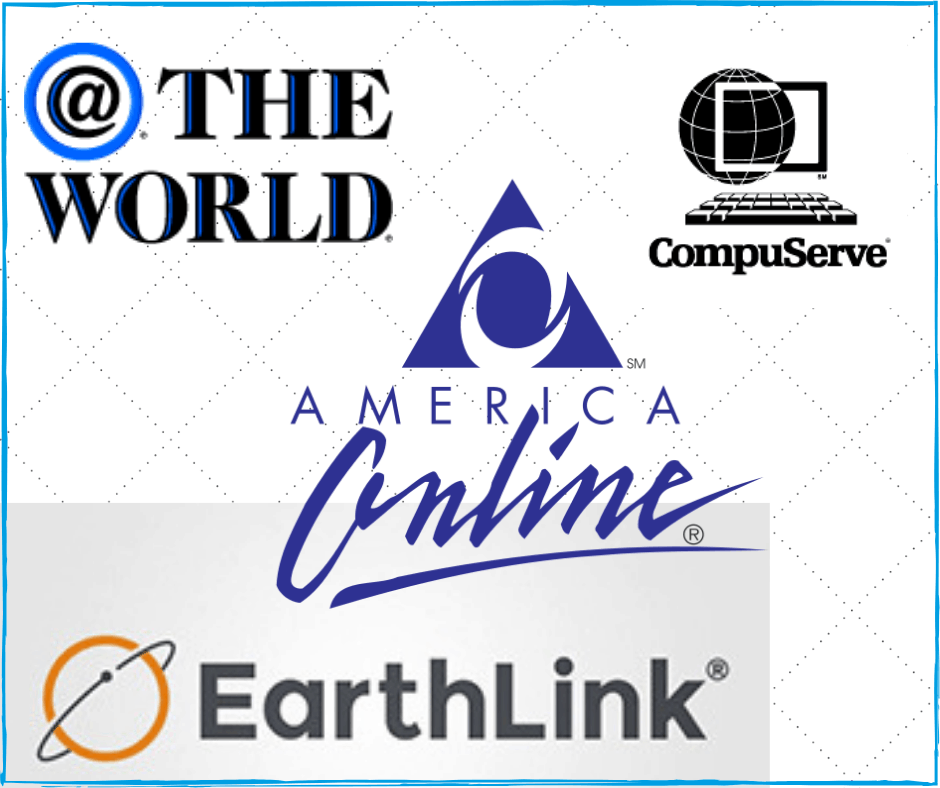 Those who were of computing age in the ’80s and ’90s probably remember the late-night dial-up sessions: The horrible noise of the modem as you fired up the AOL service, the anticipation as you waited to access the internet over a phone line. As we got into the mid ’90s, more and more of us were puzzling over the amazing new invention known as “the internet.”

Most folks weren’t able to get online at home until the 1990s, when internet service providers (or ISPs) became more common. ISPs revolutionized communication and brought technology to the masses through rebellion, competition and innovation.

Listen to this article

For years, the National Science Foundation banned commercial ISPs, permitting only government agencies and universities to use the internet.

“The World” appeared as the first commercial ISP, when a group of tech-savvy warriors pushed up their glasses and said “no more.”

Sure, back then it was still staggeringly slow dial-up, but The World did exceptionally well in its first two years. Its radical newness generated a wide consumer base. By 1991, the NSF gave up and lifted the ban. A new era of technology was born.

The commercial ISP business took off following The World's success. Early providers included CompuServe, The Source, and the overwhelmingly popular America Online — AOL. Consumers with nothing to compare it to were fine with the blazing speed of a dial-up connection at 2,400 bits per second. (That’s just .0024 Mbps!)

At such slow speeds, internet users of the ’90s were limited online. Even so, rudimentary video games like Sonic the Hedgehog and Super Mario 64 swept the nation alongside text-based webpages and simple, boxy graphics. Anonymous chatrooms became enormously popular as consumers discovered the joy of different-colored fonts and inspired usernames. If that seems primitive by today’s standards, it was — but no one really knew then what the internet would eventually be capable of.

Of course, consumers began to crave internet service at faster speeds, and ISPs did their best to keep up.

DSL comes onto the scene

A “digital subscriber line” — DSL — was the first form of faster internet services known as broadband. DSL carried the internet signal through existing phone lines at a much faster speed than dial-up. DSL was typically better for urban subscribers, because the closer they were to a city center, the faster their internet was. In some ways, that hasn’t changed much.

The higher speeds of DSL spurred even more technological revolution in broadband services. Fierce competition arose between ISPs who sought to provide customers with the next best thing. In the next 20 years, commercial ISPs offered cable internet and fiber optic lines of communication.

Cable residential broadband was introduced in 1996. This service used existing cable TV infrastructure to transmit data at faster speeds than DSL. Cable provided a more direct connection to the internet for those who lived in more heavily populated areas.

Fiber optic lines followed quickly on the heels of cable, and achieved an even speedier rate of data transfer. These lines were made of flexible strands of glass, allowing data to move at the speed of light, but at a much higher cost.

However, since DSL, cable, and fiber optic lines all required expensive infrastructure buildout, these services were typically limited to urban and suburban areas with higher concentrations of people. It didn’t make much sense for terrestrial ISPs to pay to run a cable all the way outside towns to provide internet to just a few homes. That meant that people in rural areas were being left behind in this technological revolution, with slow dial-up or – in some places – no internet at all.

The arrival of internet via satellite helped close those gaps in service. Satellite internet is not limited by cables or contained only to densely populated areas. Instead, a satellite sends and receives internet signals from space directly to an antenna (dish) on your home. If you were in the satellite’s coverage area with a clear view of the southern sky, chances are you could get it — no matter where you lived. Many rural families were finally able to connect to the internet using this technology.

In 2005, WildBlue – the precursor to Exede, which later became Viasat Internet – was one of the first to offer this kind of service. By today’s standards, it was still pretty slow — topping out at 3 Mbps download speeds. But it was still a big leap forward from dial-up.

Speed and data plans improved tremendously with the launch of the ViaSat-1 satellite in 2011 and the Exede service in 2012. By building a satellite with a great deal more capacity, Viasat was able to change the game in terms of what kind of speeds and data plans satellite could offer. In 2017, Viasat launched ViaSat-2, with even more capacity able to offer even faster speeds and greater data plans.

And in the next few years, we will launch ViaSat-3, a constellation of three satellites with the capacity and coverage to service much of the globe. ViaSat-3 has the potential to make Viasat the first global ISP, as well as to demonstrate how satellite can mean digital inclusion for all those unconnected people out there.

From the early days of slow, limited internet to blazing-fast broadband for everyone, ISPs have come a long way — and satellite may prove the most extraordinary breakthrough of them all.