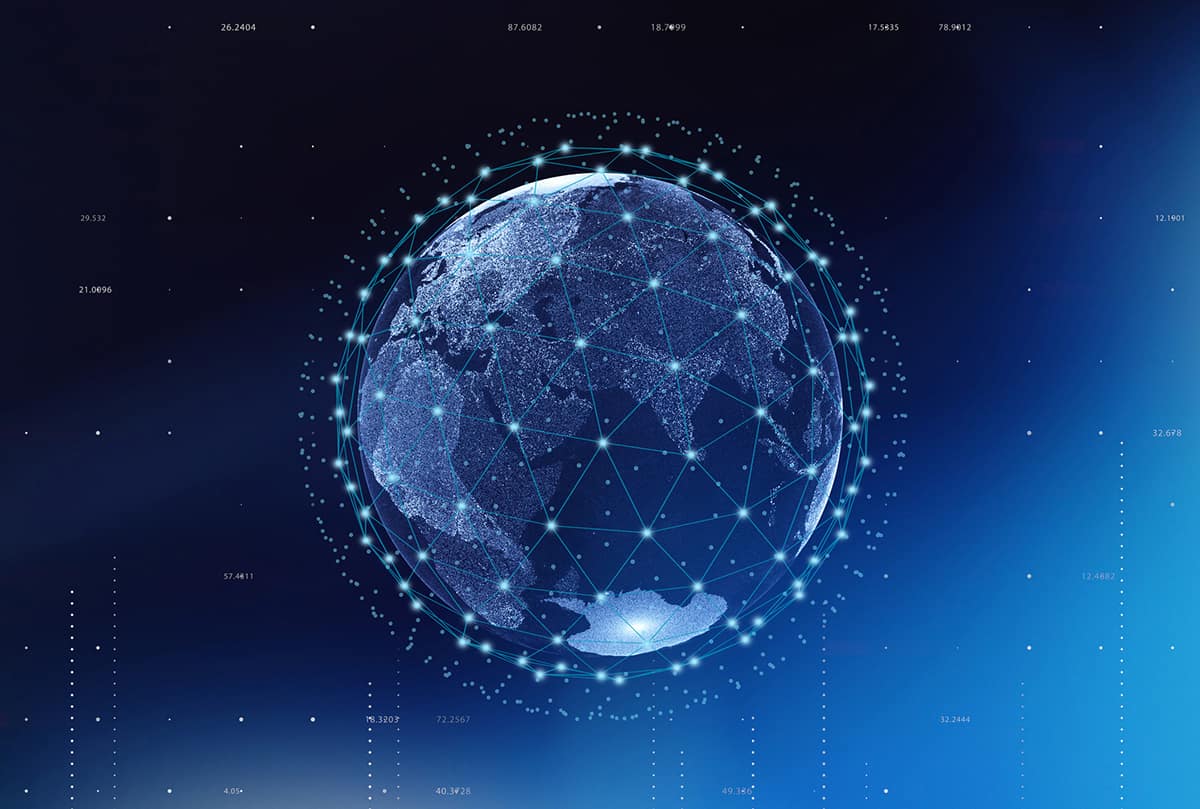 As Viasat’s Real-Time Earth network expands on the ground, the upcoming ViaSat-3 constellation could provide an extraordinary additional link in the future.

Satellites do a wide variety of things and come in all shapes and sizes, but they all share one thing in common: To work, they must have a connection to the ground.

That earth-satellite connection is achieved via a communication link, and the quality of the connection can vary greatly depending on a number of factors. Imagine a small satellite that orbits the earth every 90 minutes or so and downloads its data to a single satellite ground station once per orbit. That might be just fine for some applications, but if the desire is to have a steadier stream of data delivered closer to real time, a simple architecture like that doesn’t suffice.

It’d be much better to have ground stations all along the satellite’s orbital path, allowing it to send data in a more constant stream. If the satellite is monitoring a wildfire, changes to the landscape, ship activity or even a sporting event, that’s the kind of network required.

But building and maintaining multiple ground stations around the world is an expensive proposition — not typically something an individual satellite operator would want. That’s why Viasat created the Real-Time Earth satellite ground network. The first pieces have already started being put in place, with several ground stations for Real-Time Earth now in operation and more on the way. Just recently, we announced the next one in Alice Springs, Australia, providing a crucial link in the Southern Hemisphere.

Viasat may be best known for our satellite communications services, but we’ve also developed cutting-edge antenna and ground station technologies for our own and other external customer networks. As the need for and appreciation of what real-time satellite connectivity can do, we’re eager to help foster that with a network available to others that will greatly reduce the amount of time it takes to deliver imagery data.

“Whether its video, radar or photos, people will want it in seconds or minutes because something’s going on in the world they want to observe,” said John Williams vice president of Real-Time Earth.

The promise of a real-time network

While we build up our Real-Time Earth network on the ground, Viasat is also creating a new constellation of three ultra-high capacity satellites that will provide global connectivity in just a few years. This ViaSat-3 constellation will dramatically reduce the time it takes to transmit data from satellites by extending the network into space. Even with a great many satellite stations on the ground, it is still difficult for a satellite in low-earth orbit to be in constant contact. If, in addition to those earth stations, it can also transmit immediately to a satellite above it, then that real-time potential can be realized.

Once ViaSat-3 and Real-Time Earth are fully in place, Williams said, the possibilities are nearly endless.

“It’s a really exciting time as we look at what this network can be capable of,” Williams said. “We’re taking in everyone’s ideas and looking at how, once we tie in ViaSat-3, the game will change — and Viasat is at the forefront of it.”

Ultimately, the emergence of a “Real-Time Space” network — where lower-altitude satellites link to geostationary satellites — will disrupt the Real-Time Earth model. That’s something noted in the blog post linked above by Viasat’s Kent Leka, General Manager for Antenna Systems:

“If you’re thinking Viasat is disrupting our own earth station business with this, you’re right,” Leka wrote. “The way we look at this is the same way the creators of things like the iPhone or Uber did: If you’ve got a really great idea that adds a new and valuable dimension of value, the business will follow. When you change a major paradigm like this, it does take a little while for the market to catch up. And we can’t dictate that — the market decides.”