Viasat engineers work from home on the road 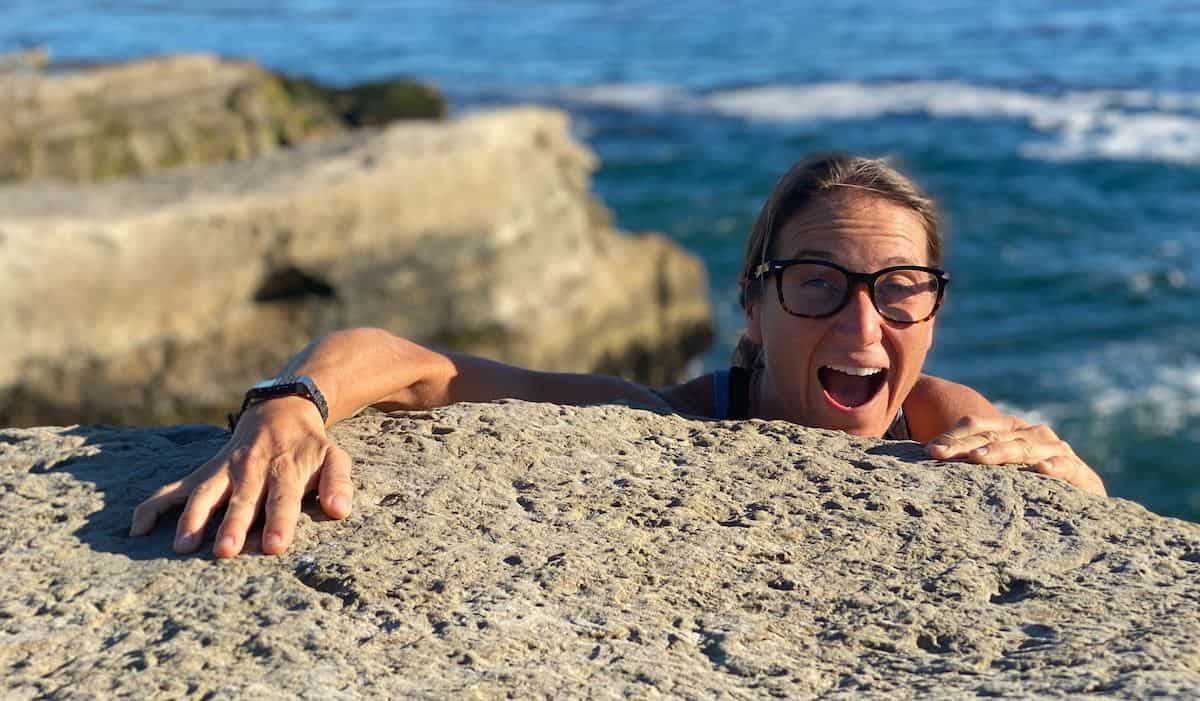 When Viasat began urging its non-essential employees to work from home earlier this year, engineers Jessica O’Bryan and Dayna Harbour did just that. But for them, home is on the road.

In mid-February, they – along with O’Bryan’s husband, Charles Rollins – packed their surfboards, climbing gear, computers and a Viasat satellite dish into their vehicles and left the city behind. While they initially thought the experience would be short-lived, the trio has been working and living on the road ever since.

“We’re rock climbers and surfers, and we love nature,” said O’Bryan, who works in the company’s headquarters in Carlsbad, CA. “So the goal is to work fulltime in beautiful places where we can also climb or surf.”

As part of her work, O’Bryan uses a Viasat residential dish for testing.  It’s doing double duty on their journey – providing internet at many of their campsites so they can work remotely.

O’Bryan and Rollins’ 4x4 camper provides the rest of what they need. It’s equipped with roof-top solar, 40-gallons of water storage, indoor/outdoor shower, refrigerator and two-burner stove, heater and queen bed. The vehicle is built to access remote locations, and the solar and water storage means the trio can be off-the-grid for about two weeks.

While O’Bryan and Rollins occupy the camper, Harbour – who also has a four-wheel-drive truck – typically pitches a tent at their campsites so the three can share meals, surf and climb together.

“Surprisingly, we’ve all got along pretty well,” O’Bryan said. “Dayna is easy to be around. Sometimes I get stressed about work, but manage to let it all go once we are climbing or surfing.

“You get to play outside in a new place before or after work and on weekends, and still get the job done. I wouldn’t mind doing this forever.”

Harbour agreed. She said the three share a common mindset in having a general destination, but letting the particulars fall into place.

“There’s been little planning, we just sort of pick a place and go – no campsite reservation, no real timeline or schedule,” Harbour said. “That has led to some truly incredible experiences.”

They also feel their current lifestyle keeps them as safe as possible from the coronavirus.

“In Wyoming, for instance, we camped on Forest Service land with no one in sight,” O’Bryan said. “You can’t get safer than that during COVID. And there’s just so many places like that to explore and climb where you don’t have to be near anyone.”

O’Bryan, a cybersecurity engineer, and her husband started living fulltime in the truck camper in November 2018. She worked 9-to-5 at Viasat and Rollins as an electrician. In their off-hours, they regularly traveled to Baja and other places seeking surfing and climbing destinations. The couple soon upgraded from their first truck camper to a rugged, four-wheel pop-up camper mounted on a Toyota Tundra pickup.

“It’s just always been a dream to travel and stay in beautiful places,” O’Bryan said.

Harbour, a field applications engineer, met O’Bryan after she joined Viasat in early 2019. She traveled with them to Baja and became captivated with their nomadic lifestyle.

“I’d heard of the whole van movement, but it just didn’t seem sustainable to me,” she said. “Then you see all the amazing places it can take you.”

None of the trio had planned to leave the city fulltime until the pandemic. All of that quickly changed.

“Living in a camper isn’t easy in a city, especially if you don’t have access to a shower or water to fill the camper,” O’Bryan said. “Our options for that were eliminated when everything shut down. Viasat was also locked down. We realized we had to go out into nature, so that pushed us out of the city.”

Harbour, who was working from her home near Viasat’s Carlsbad campus, joined them.

So far, the trio has traveled from Carlsbad to other parts of California – including Joshua Tree, Big Bear and Santa Cruz – and to Utah, Wyoming, Montana, and Colorado. They hope to also hit Washington, Oregon and northern California.

In each location, their first priority is to find an internet connection. Harbour, who was also a satellite communications operator in the Marines, is well trained in setting up the Viasat equipment and well versed in Viasat’s coverage. O’Bryan, whose full title is cyber threat intelligence & threat hunt development lead, works to stop hackers from targeting government and residential customer segments.

“We’ve been using the dish because we have it for testing purposes, but we’ve also had to leverage free Wi-Fi and LTE hotspots off our phone,” O’Bryan said. “The hardest part of working on the road is identifying where we will set up to work. Once we get situated with the dish and/or Wi-Fi and hotspots we are good to go, but every time we move, we have to figure out where to find good internet.Viasat’s service has definitely supplemented that for us.”

The effort is well worthwhile, both women agreed. In Wyoming, they set up camp in Grand Teton National Park.

“National parks are starting to feel more like home than my actual house,” she said. “(O’Bryan and Rollins) have turned my whole world upside down.

Harbour is so sold on the lifestyle she’s now buying her own truck camper.

“Any random Tuesday after work could have just as easily been spent climbing a canyon and riding dirt bikes as watching the sunset, identifying flowers and roasting s’mores – but the same is always true: it’s going to be memorable," she said. "I hope it never has to end.”

Both women are grateful to work for Viasat, and for reasons that extend far beyond their current life circumstances.

“I came to Viasat from the military, where everything is so regimented and you feel kind of like a number,” Harbour said. “It’s such a culture shock to come into a company like Viasat where it feels like they actually care about you. They’re open to ideas, and they’re flexible. And I love the people I work with.”

*Note: The equipment referenced in this story is not available commercially. The Viasat service requires a trained technician to be aimed at the satellite.