Three members of Viasat's Women in Technology Alliance talk about what gender, their careers and Women's Day means to them.

International Women's Day, celebrated for more than a century, is held annually on March 8. The day is dedicated to honoring the social, economic, cultural and political achievements of women, and marks a continuing call to action for accelerating women's equality. This year’s theme is “Each for Equal.” The three words paraphrase the idea that each person has a role in creating a gender-equal world.

As a child, Huma Hakim’s father taught her that both genders were equal – a lesson that stayed with her for life. Hakim, her two sisters and brother all participated in the same sports, activities and responsibilities. 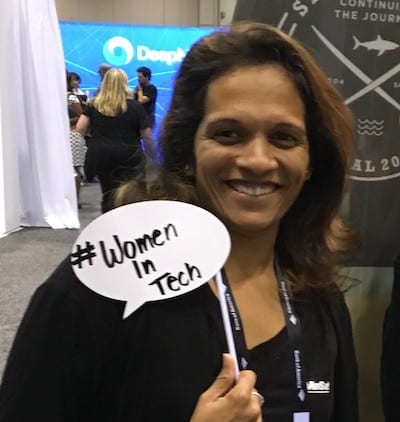 “For a Muslim family growing up in India, my dad was way off the beaten track in that thinking,” she said. “Because I was never made to realize there was any difference between me and my brother, there was never a question in my mind that I couldn’t do something someone else could do. The fact I was a woman never held me back because to me, there is no difference.”

Hakim first discovered her proclivity for math in seventh grade, under the tutelage of a female instructor.

“I absolutely adored my math teacher and because of her, I started getting interested in the subject,” she said. “At first doing well in class was a goal I set for her. Then I started doing it for myself.”

That infatuation with math was the first step on a path that eventually led to a double major in chemical engineering and computer science.

Hakim continued her education in West Virginia, and was recruited by Viasat in 2001. Married with two children, she’s held positions ranging from software and system engineer to program and product manager.

“The beauty that I find about Viasat is that I’ve done five roles – five careers really – but stayed with the same company,” she said. “Based on where I was with family – how much I was needed at home – I was able to change. And because of that, I’ve never had to look beyond Viasat for a new role.”

Hakim also credits her husband, a strong supporter of her career, for her success both at home and at work.

“Most women want to be the best at being a mother and in their career,” she said. “I think if you want to have a successful work/life balance, emotional and physical support from your partner is so important.”

Hakim knows not all women were raised with the same philosophy of equality she was, and she urges her female peers to challenge preconceptions, as well as themselves.

“Women and men bring different things to the table,” she said. “We think differently. We are wired differently. But when you have a blend of both, that’s when you really solve complex problems because now you’re thinking beyond one person’s narrow field of view. The more diversity you have on your team, the better your solution will be.”

“I wear my purple to really think about that there are women in other counties who never will have the same opportunities I have,” said Rasch, who works on the insourcing team in Viasat’s Denver office. “Some girls cannot go to school just because they are female. Women in some countries are still considered property. 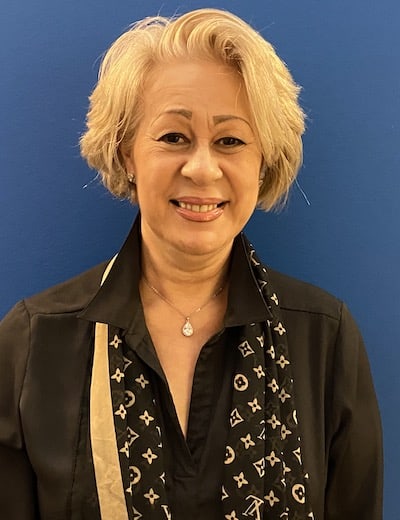 Born in south Brazil and raised in Sao Paulo, Rasch has had a lifelong fascination with technology. She also loves music and spent her early career as a jazz singer, earned a master’s degree in marketing and journalism and a later degree in interior design. Rasch married a man from Michigan, and the two later moved to Denver with their son.

“Because of my career, I never wanted to come to America, but when I came, I fell in love,” she said. “I felt my opinions and my beliefs were more respected. I felt a freedom to be who you need to be.”

Rasch joined Viasat two years ago. For her, it has filled a vital niche, combining her love of technology with her love for Brazil. Rasch, who speaks Portuguese and Spanish, initially helped launch Viasat’s Brazil services, working with partners to sort through technical issues. She also helps translate internal material.

Her passion for freedom carries into Rasch’s strong support for International Women’s Day. She opened the Denver Women in Tech’s March 6 celebration of the day with a short speech about it.

“It’s important for us to think and reflect about what we are doing, and if we are not satisfied, how we can change that,” she said. “We will start to make a big change in terms of our place in the world when we change ourselves, when the majority of women believe they are not second class.”

Melissa Plakyda founded the Women in Tech chapter at Viasat’s Marlborough office, in large part because of the career support she’s received from other women throughout her life.

It started with her mother, and continued in Plakyda’s New Hampshire high school where she was the only girl in her AP computer science and honors C++ programming classes.

“The teacher was a woman, and she really stood by me,” Plakyda said. “She could tell I was nervous when I first started. And she really pushed me and advocated for me. I think that was the reason I felt so confident going into college as a woman in computer science.” 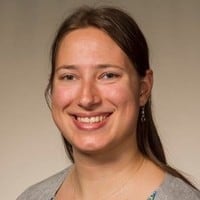 Plakyda and some fellow college students later formed a women’s computer science group and joined the Society of Women Engineers.

“I found a good group of women to encourage me,” she said. “We supported each other, and went to Women in Tech conventions together.”

Plakyda first learned about Viasat during a Grace Hopper Celebration of Women in Computing event. She joined the company three years ago, after graduating from college.

“Coming into Viasat, I have to say I’ve been very fortunate,” she said. “I’m very lucky to work with people who celebrate having people of all different backgrounds, colors, genders and identities.”

Like Hakim and Rasch, Plakyda believes her success is rooted in self-belief.

“I’ve always been someone that believes you can really do anything you set your mind to,” she said. “Sometimes you can be your own worst critic. But you know who you are, what you can do and what you want to be doing. As long as you continue to tell yourself that, you’ll get there.”

That inner voice is helping lead Plakyda into her future.

While Plakyda believes inclusiveness should extend far beyond gender, she sees a purpose for groups like Women in Tech and events like International Women’s Day.

“It’s certainly not that I don’t feel comfortable around other genders, but as women, it’s nice knowing we have the same sense of the fact that, while sometimes we may be in the minority, we belong,” she said.