Texas Viasat dealer thankful for life and business in the U.S.

Two brothers from Venezuela have found success in the U.S. after becoming citizens and getting on board with Viasat's residential internet service as dealer-installers. 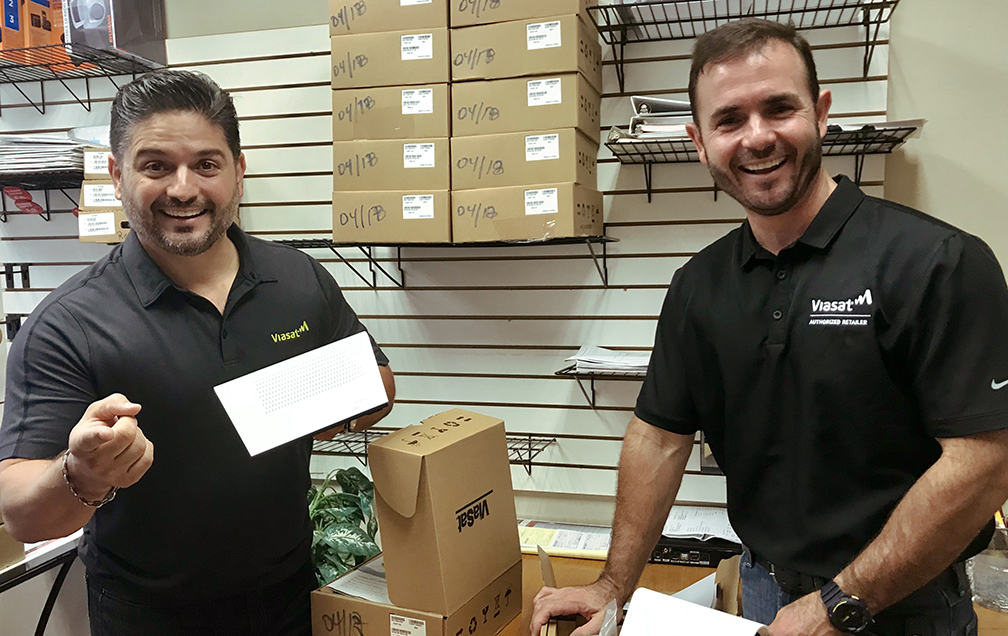 Viasat Internet dealer Fernando Miquilarena learned long ago to look forward, and not back. Viasat is a vital part of the future he envisions.

In August 2017, he attended a Viasat seminar about being a retailer. The company has more than 1,500 dealers nationwide, most of whom are local business owners who know their customers well.

Those are exactly the kinds of dealers the company was hoping to attract in the runup to the launch of service from the new ViaSat-2 satellite late last year.

“I was amazed,” Miquilarena said of the seminar. “I told myself, ‘This is the future. This is what I need to start doing now.’”

It’s not the first time Miquilarena has taken his future into his own hands.

Born in Venezuela, he left his homeland 13 years ago and joined his brother’s satellite television business in Texas. That dramatic change was spurred by a still-moving wave of economic and political tensions in his native land. 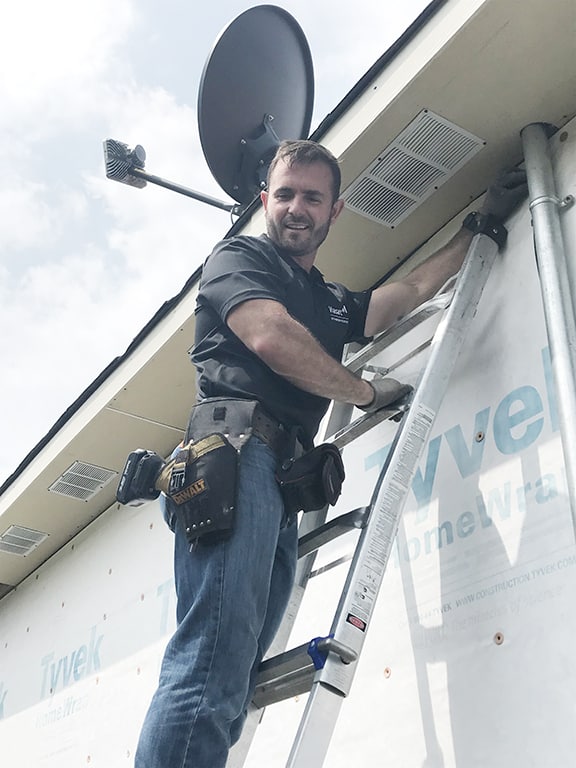 Fernando Miquilarena installs Viasat service at a home in a rural neighborhood near Houston.

“I’m pretty sure I’ll be here the rest of my life,” Miquilarena said. “To be a U.S. citizen now is a great opportunity. You can have anything you want if you work hard.

“I would like to have the same life, but in my country, with the same people I knew. But now my life is here; I have my kids here, my brother, my mother, and a lot of my friends from Venezuela. We spend a lot of time together.”

That sense has grown since Miquilarena learned about Viasat and the opportunities it presented.

He and his brother are partners in Houston-based GFI Signal Solutions; Gustavo Miquilarena takes care of the DIRECTV side and Fernando handles the Viasat business.

“I told my brother, ‘Viasat is even better than DIRECTV because the internet is the future; you’re going to see people won’t want to pay for TV, they’ll just want internet.’

“It’s happening right now. I see the new generation – my kids – they don’t care much about TV, just internet.”

“Business has been awesome,” he said. “People have been recommending and referring me. Of course, I like that because it’s more money, but at the same time, I feel good because I’m providing a service people like.”

He expects the pace of his business to accelerate with the ViaSat-3 constellation, the first of which is expected to launch over the Americas in 2021.

“I feel now that as Viasat grows, I’m going to grow at the same time,” he said.

And that enables Miquilarena to support not only his two American-born children, but his 68-year-old father – the one member of the family still in Venezuela. The brothers send money each month to help him stay afloat in the economically challenged society.

The contrast between life in his home country and the United States may make Miquilarena sad, but it’s also a constant reminder of the opportunity he’s had to change his situation.

“The American lifestyle is good,” he said. “I feel fortunate.”