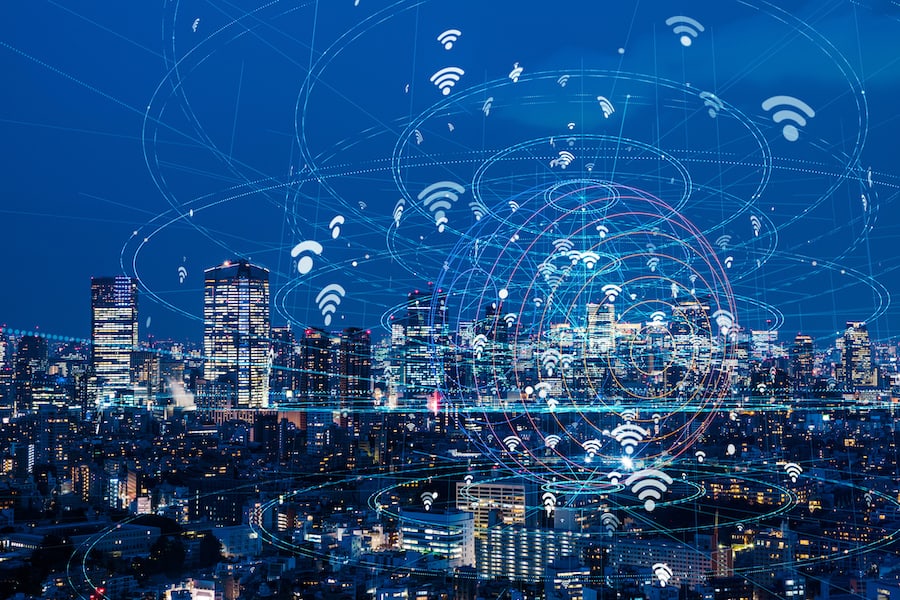 There’s a lot of buzz in the electronics and tech worlds right now about WiFi 6 – the new standard for wireless network transmissions. In the future, it’ll make modern living – and the devices that accompany it – faster and more efficient.

But for now, the average consumer won’t see any changes in the way their devices work. And they don’t need to immediately buy new ones. WiFi 6 devices are also backwards compatible, which means if you buy a new router with the WiFi 6 label, your phones, smart speakers and other devices will work just fine with it. And so will your Viasat Internet service.

That’s in large part because WiFi 6 – also known as 802.11ax – is a standard a bit ahead of its time, designed primarily for a future in which most of us will have dozens of smart devices in our homes. WiFi 6 lets more devices simultaneously operate on the same Wi-Fi channel, improving efficiency, latency and the flow of data – even the battery life of each device – on a wireless network. So it’s less about adding a speed boost to an individual device, and much more about improving the network when multiple devices are connected to it.

Multiple devices means far more than the laptop, tablet and smart speakers most of us have now. While today’s average U.S. home has less than 10 Wi-Fi devices, that number is expected to explode in the next few years – some estimates put it at 50 by as soon as 2024. Devices and sensors will shift our homes’ entertainment, lighting, security, climate and water systems to an automatically controlled, wireless network.

The wireless of the future

Technologies like WiFi 6 are paving the way for that Jetson-esque domestic scene.

Think of your home as a car, and the router as its engine. The more people in your car, the less responsive and slower it is. That’s how your router performs now as more devices connect to it. WiFi 6 shifts the balance of power to make the engine run at peak performance.

It does this in several ways, including giving each device just what it needs. For instance, a smart lightbulb requires less bandwidth than a home security system. WiFi 6 parcels out the bandwidth accordingly, so that using your smartphone doesn’t take a toll on your Netflix viewing experience.

And its benefits go beyond our homes. Ever been to a concert or crowded event and struggled to send a text? WiFi 6 will help with that, too.

Also be aware that while there’s no need to immediately buy new devices, WiFi 6 won’t work to its highest potential on most of our current devices. A firmware upgrade may do the trick for some. But WiFi 6 will be integrated into new devices, so as consumers gradually replace their older devices, they’ll start to see the full benefits of this new technology.

In other words, stay tuned.

For now, WiFi 6 won’t impact your Viasat Internet service, though any new WiFi 6 devices you buy will work just fine on our internet. And while Viasat doesn’t currently offer a WiFi 6-compatible router, Roding said that could change in the future.