Which video games should I play on Viasat Internet?

Our comprehensive guide to which games work best over satellite 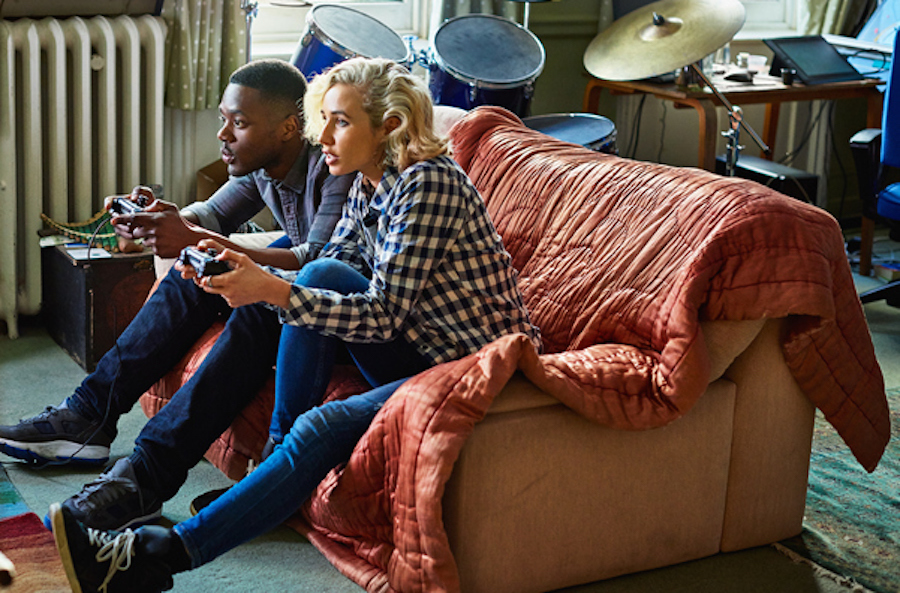 Engagement with video games reached an all-time high in 2020. Research from Nielsen found that 82 percent of global consumers either played video games or watched video game content during the height of the COVID-19 pandemic. In addition, U.S. gamers reported playing almost 50% more than previously. If current trends hold, experts expect there to be 2.7 billion active gamers worldwide by the end of 2021.

In short, video games represent a growing force in American life, and the internet is an increasingly crucial connection for gamers of all types. We’ve previously discussed the basics of gaming with Viasat Internet, and how some games work better than others when using satellite internet. So now it’s time to go a bit deeper: Which games should you actually play with Viasat?

The answer may change depending on your gaming system, physical location, and personal preferences. Another factor is ping or latency, the amount of time it takes your input to reach the game’s servers. (Read more about ping in our previous blog.) But we can offer some guidelines:

While no two customers will have exactly the same experience, here’s an idea of what to expect from some popular games on Viasat Internet.

Angry Birds, Plants vs Zombies, Candy Crush: If you enjoy mobile games, satellite should be able to handle your connection needs.

Animal Crossing: New Horizons: This Nintendo Switch game is an example of a game where the multiplayer elements play fairly well with satellite internet. But stay aware of who you or your kid is connecting with and when.

Call of Duty Mobile, PlayerUnknown’s Battlegrounds Mobile: Note the “mobile.” If you want to play big-name shooters over satellite internet, the mobile versions are your best bet.

Minecraft: While you may encounter occasional lag, some older games such as Minecraft were made to accommodate the slow broadband connections of years ago, and don’t require lightning-fast ping.

Miniclip.com and other browser-based games sites: Browser-based games tend to be a great choice for satellite internet, both in terms of technical requirements and the data used. Just make sure you’re visiting reputable sites!

Pokemon Go/Harry Potter Wizards Unite: Now that we’re spending more time hunting for Charizard in our own backyards, connecting your phone to Wi-Fi is a great way to save data on your cellphone plan. And since mobile augmented reality games such as Harry Potter and Pokemon Go only use about 3-5 MB of data per hour, it’s a pretty manageable way to game.

World of Warcraft: WoW is designed to support a range of internet connections. Your experience might not be perfect, but many players have reported playing with decent success.

Grand Theft Auto Online, Fallout 76: These games are good examples of the balance each player will have to strike when playing newish multiplayer games over satellite. Are you willing to burn some data (about 60 MB or more per hour) and adjust your expectations a bit to play recent big-name games? If so, there’s a good chance you can find a sweet spot here.

League of Legends: If you’re interested in playing LoL or similar games over satellite, you should consider how competitive you want to be. Satellite may work out for players just looking to have some fun. But if you or your teammates are seriously looking to climb the ranks, you may end up frustrated.

Madden football, FIFA soccer:  You should be able to play solo and against others in your home, but online multiplayer will likely be a very rough experience.  This is probably the case with most fast-paced online sports games.

Fortnite, Overwatch, Call of Duty, PlayerUnkown’s Battlegrounds, Counterstrike Global Offensive: Big-name, high-player count online shooters are generally not a good match for satellite internet. If your game of choice offers a mobile version, you will probably have better luck there.

Street Fighter 5, Mortal Kombat 11: You should be able to enjoy fighting games at home, but online fights are likely to be very frustrating for both you and your opponent. In some cases you may not be allowed to compete online at all.

Like everything else in the world of tech, the terminology surrounding video games changes fast, and hardcore fans love to debate what different terms mean. But for the average Viasat Internet customer, here are a few terms to watch for when deciding which games to play with satellite internet.

Action: Action games test players’ reflexes and real-time coordination. These games often involve characters racing, jumping, fighting, shooting or playing a sport. (Some consider sports and racing to be separate from action games, but for our immediate purposes, action is action.) For satellite internet customers, it’s important to notice whether the action is taking place with one or more players in the same room (usually OK), or whether players are playing over the internet (could be a subpar experience).

Battle royale: An online game in which many players – sometimes 100 or more — compete for the top spot all at once. This genre was popularized by shooters such as PlayerUnkown’s Battlegrounds and Fortnite, but now even Tetris has a battle royale edition. While a few of these games may work with satellite internet, as a rule they are not a great choice. However, some popular battle royale games have released dedicated mobile versions or specific modes that are quite playable over satellite.

Fighting games: This usually refers to games where technical one-on-one fights are the main gameplay feature. Fighting games can be played locally (all players in the same room) with Viasat, but expect significant, sometimes game-breaking issues when playing against others online.

First-person shooter: As the name suggests, this type of action game is played from a first-person perspective and the main game mechanic is shooting. FPS games played against other humans over the internet often require a fast ping for an optimal experience, and are not a good match for satellite internet. FPS games played solo, or in certain online modes that don’t require split-second timing, can work with satellite internet.

MMO: A Massively Multiplayer Online game. Technically, this applies to just about any online game with hundreds or thousands of players and a persistent online world, but today it’s usually used to refer to MMO role-playing games such as World of Warcraft. As a rule, older MMOs such as WOW can be played over satellite with some limitations. But fast action-oriented MMOs, especially shooters, tend to have severe problems.

PvP: Player versus Player – any game where players compete directly against each other. In terms of competing over satellite, it’s crucial to know what type of gameplay is involved. Puzzle, strategy, turn-based and other types of PvP games can be a great fit, but PvP shooters often have problems.

Traditionally, an RPG is a Dungeons and Dragons-style game where the player embodies a character with a specific personality and numbered stats. Common goals include building characters’ stats and making structured decisions to move the game forward.


Adventure games usually focus on telling a story, where the player guides their character though challenges involving exploration and puzzle-solving.

Just because a game tells a story or assigns statistics to characters doesn’t mean it will work well with satellite. As a rule, games that you play solo are more likely to be a better match, while an “RPG” that features button-mashing battles against other players online may run into problems.

Turn-based strategy games range from “you go, now I go” classics such as chess to new favorites such as the XCOM series. So-called “tactics” games are often similar, if not identical, to this style.

In real-time strategy games, the game does not pause while each player takes their turn. An example of RTS gameplay would be four players all quickly working to build up their bases at the same time to gain an advantage over each other.

Many turn-based strategy games are a good fit for satellite internet. RTS games should be taken on a case-by case basis, as some fast multiplayer RTS-style games require a quick ping.