What to know about gaming with satellite internet

The inherent higher latency in satellite connections can make some fast-action online games not perform well, while turn-based games should work fine. 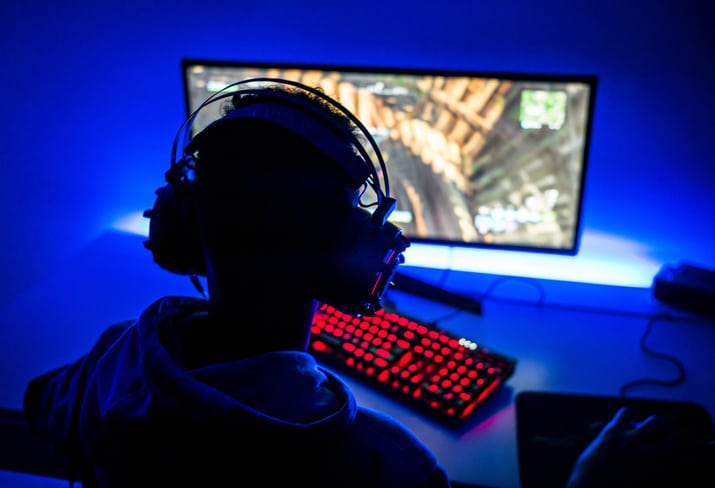 Online games are a great way to spend time and connect with people across the globe. But all games don’t work the same on all network connections, and with satellite, there are a few things to know.

If you like turn-based games such as chess, casino games and puzzle games like Candy Crush or Words With Friends, this isn’t much of a problem. The same holds true for social network games such as Farmville and Mob Wars.

However, fans of Massively Multiplayer Online Role-Playing Games, or M.M.O.R.P.G.s, may find themselves unable to access their favorite games. Some of these include: World of Warcraft, Guild Wars, Runescape, League of Legends and Forza Motorsport 4. Generally speaking, if it’s an online shooter or sports game, there may be a problem. In fact, some of these games may actually block users on higher-latency networks such as satellite.

Why would they block satellite internet customers?

All internet activity is based on information traveling across a network. Some paths simply take longer than others. Satellite internet requires a signal to travel through space once it leaves your house. After it hits our satellite, that signal bounces back down to earth. Consider this distance compared to ground-based, or terrestrial broadband, like cable or DSL. The distance to outer space and back is much greater and takes longer. The Viasat satellites sit more than 22,000 miles above earth. That’s nearly 45,000 miles round trip! This results in a delay between the time the command leaves your keyboard, or controller, to the time the action is processed on screen. This delay, or lag, is known as latency — or "ping."

Latency exists with all internet services to some extent. Latency is just exaggerated for satellite internet customers, courtesy of the laws of physics and that 45,000-mile roundtrip journey. And, while you probably don’t notice this latency on news or shopping sites, for online gaming it can create issues.

Disadvantages are probably the most obvious issue caused by latency. While a satellite internet signal is traveling through space, the player with terrestrial broadband has a couple extra seconds to gather the treasure, seize the fortress or defend their territory before a satellite internet player catches up.

Less obvious are the potential advantages latency can provide. Most game developers actually adjust for some latency. So, when an on-screen player ‘freezes’ due to lag, they may be immune to damage, or can’t be killed. Imagine what you could do with an extended period of invulnerability!

This type of advantage has led some gamers to use ‘lag switches’ to artificially create a delay in their gaming. Onscreen, the player appears frozen, but on their system they’re making a few extra moves. Once the lag resolves, the game re-synchs and their player has now jumped forward in time and executed the extra moves, leaving their opponents wondering what happened.

This is why some gaming sites block ‘high lag’ players, including satellite internet players. It’s not necessarily the satellite internet but the inherent latency compromising the game for all players. Sometimes, you might find that you’re able to play a particular game over satellite internet. Then, one day, you can’t. The game host has simply changed their access permissions. And while this is potentially frustrating and disappointing, they’re merely trying to keep the game operating smoothly for all players around the world.

Keep in mind, turn-based games don’t have the same problem. Because they are typically slower paced and require less data, the latency doesn’t create many advantages or disadvantages. So if you’re into games like chess, Candy Crush, Angry Birds, Words With Friends, you can play on! As for those online RPGs and sports games, many work better than you might think, while others won’t work well at all. Check the game manufacturer’s recommendation for latency (or “ping”), which should give you some clue as to how well a game might work over satellite.