How weather can affect satellite communications

Where the storm is in relation to the end-user's antenna or the satellite ground station antennas, as well as the intensity of the storm, has a lot to do with whether it will affect internet service -- if at all. 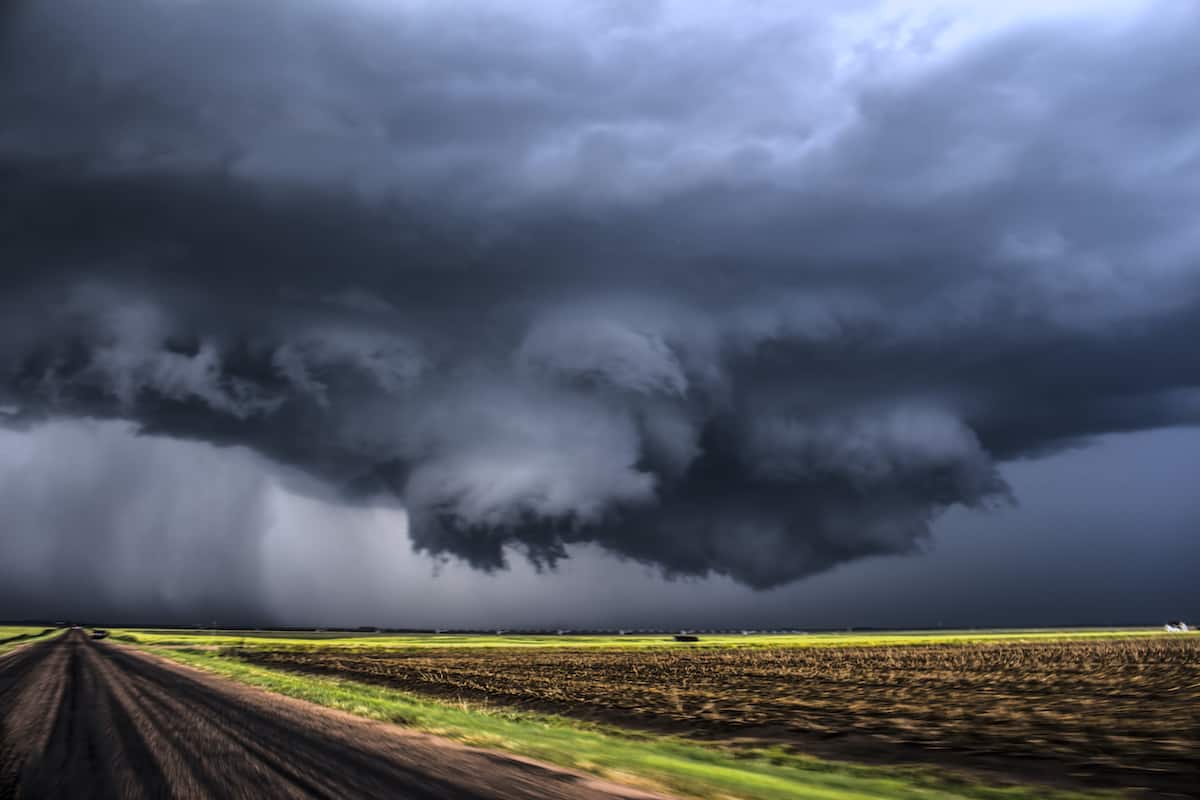 One common belief about satellite internet is that rain and snow can affect service.

How much of an issue is this, really?

Since a satellite in space must communicate with antenna terminals on the ground, it’s clear that anything going on between those two points has the potential to interfere with the signal. Heavy rain and snow can certainly affect service, although the amount of disruption can vary a great deal.

Typically, though, weather impacts are short-lived. Rain has to be quite heavy and prolonged for subscribers on Viasat’s Ka-band residential service to notice any disruption. In the U.S., it’s primarily the Southeast that has this kind of weather. Even the Northwest isn’t too bad because, although it can be quite rainy there, the region doesn’t get the kind of heavy, protracted storms a place like Florida does.

With snow, we’ve found that light, dry snow, even if it’s pretty heavy, typically doesn’t impact service. Heavy, wet snow can be more of a problem just like heavy rain — but not always. We routinely hear from residential customers saying their service was just fine during events as extreme as hurricanes, even while other internet services from cable or phone lines has been knocked out. 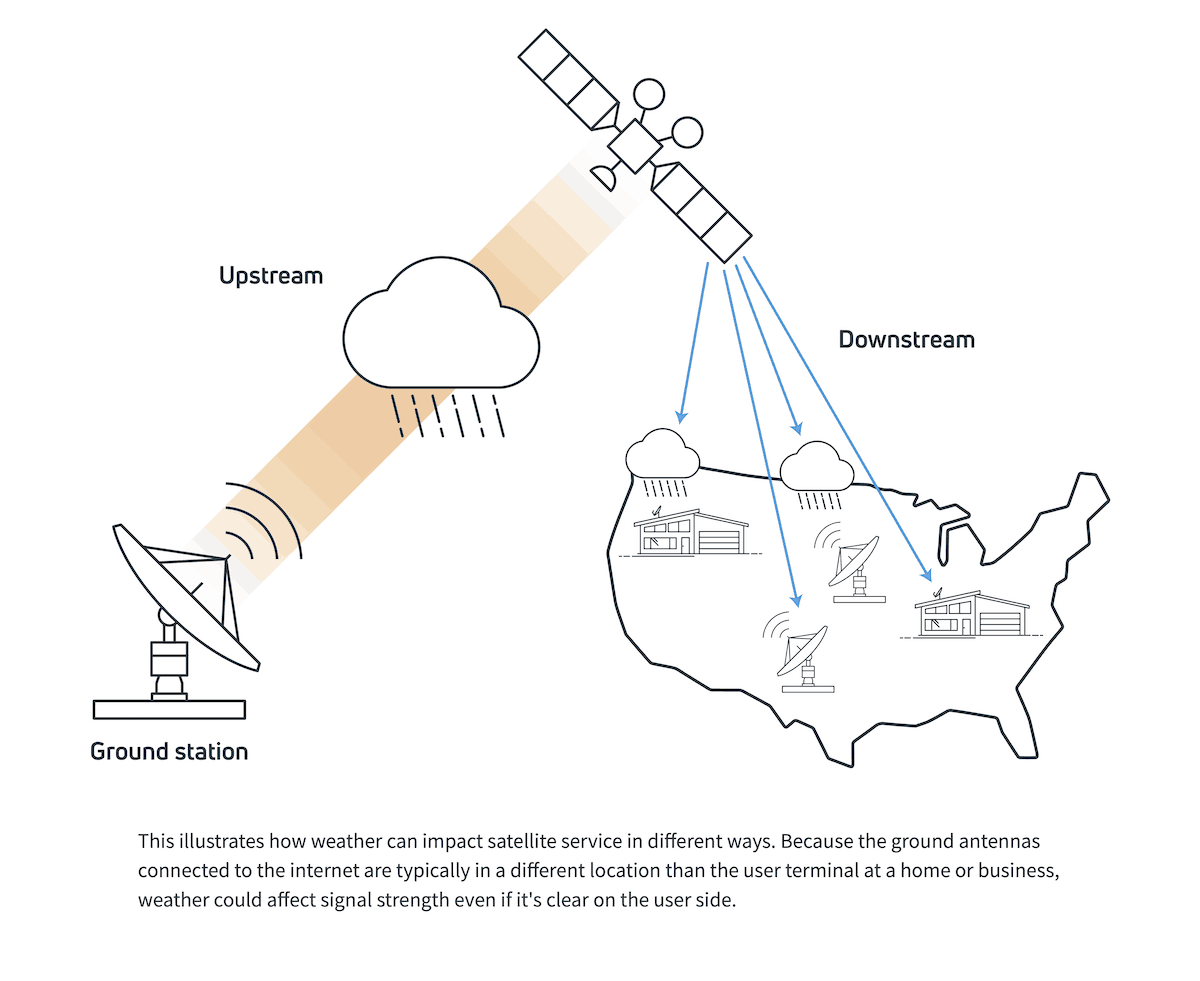 While the weather may be beyond anyone’s control, Viasat has made strides over the years to address this rain fade or “attenuation.” We could, for example, increase power up to the satellite, giving the signal a better chance of pushing through a storm.

That may sound like a simple solution, but it’s not easy to manage. A weather disturbance might be between the gateway antenna and the satellite, as depicted in the above illustration, and these are a little easier to address. (A single gateway serves a particular region on the ground, usually nowhere near the end user. This also shows why sometimes terminals on the ground can experience a weather disruption even if the weather event is far away.)

If you look at the other side, where the satellite signal is on its way down to earth and only some of the areas it serves has severe weather, it can make it more difficult to “turn up the volume” on the satellite for that small area. Power is a precious commodity for a solar-powered satellite, and prolonged power surges can harm the electronics.

Other techniques we employ involve increasing power at the user terminal and modulating the signal itself. Again, it’s easier to make these kinds of adjustments for larger, slower-moving weather events than more localized ones.

In the case of mobility applications where our service is on a moving object like an aircraft or ship, they either move out of the storm pretty quickly or are flying above it.

Rain fade is also variable according to the frequency band the satellite is using. Higher-frequency bands tend to be more affected by rain because the wavelength itself is close in size to water molecules. Longer wavelengths are less susceptible to rain fade, with the tradeoff being they’re not able to carry as much data.