In ViaSat's, Tempe, AZ, facility, we're hard at work on the next generation of ViaSat-3 satellites. 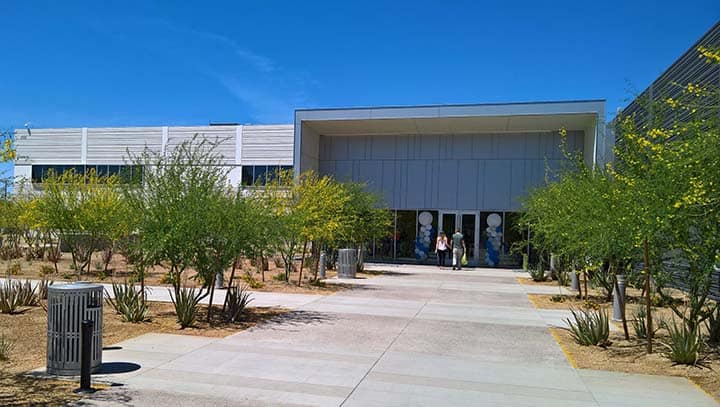 Viasat, which is headquartered in Carlsbad, Calif., has more than 4,500 employees in 27 offices worldwide. One of the most interesting Viasat facilities is the recently built Tempe, Ariz. Campus, where the rubber meets the road when it comes to satellite construction.

Tempe employees are involved in almost every aspect of the company’s business, from the ViaSat-3 payloads and ViaSat-2 and 3 ground stations to radar for military equipment and in-flight user terminals.

“When (CEO) Mark Dankberg talks about the company’s future and the road map to becoming a global ISP, we feel like we’re sort of in the midst of that, at least from the hardware perspective,” said Ken Buer, Chief Technical Officer for Viasat Arizona. “That’s pretty exciting.”

The Tempe office was originally a 1998 startup called U.S. Monolithics that specialized in high-frequency broadband technology. Viasat bought the company in 2001.

“We were developing original user terminals for the Anik F2 and WildBlue-1 service,” Buer said, referring to some of our earlier satellites for residential service. “I joined when there was about nine of us. Now we’ve grown to close to 400.”

The Arizona team moved in 2016 from two facilities in nearby Gilbert to a space more than twice the size in Tempe. The new campus, already near to bursting at the seams, includes a high bay and cleanroom labs for construction of ViaSat-3 and future satellite payloads. 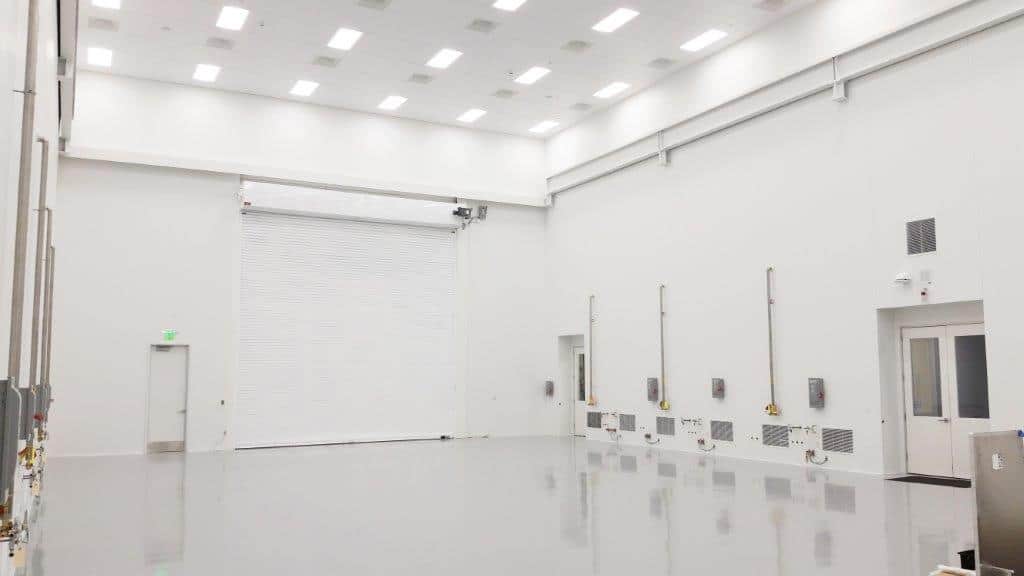 The high bay room at the Tempe facility is needed to handle the large satellites Viasat is building.

“The reason Arizona is growing so fast is we’re the main site for development of ViaSat-3,” said Facilities Director Ricardo Reina. “It has most people here moving at a really, really fast pace. Every day counts.

“When we moved in, we had designed multiple labs in a generic way, but with (ViaSat-3), we’re going beyond what regular programs do,” Reina said. “So we’ve remodeled a few labs. The facilities team is constantly making infrastructure changes to accommodate all the test equipment.”

The Tempe staff is divided into four business areas: internal, external, space and ground. They cover a vast expanse of Viasat’s services and systems, including specialized government products, mobility, and both the space and ground technology that will bring service from ViaSat-2, ViaSat-3 and future satellites to life.

“Every time we think we have our future planned out, we find out (Viasat) wants more satellites, faster,” Buer said. “The challenge is to keep up with the demand on the satellite side and the terminals that go with them.”

As a result, ground terminals have become increasingly more sophisticated, allowing Viasat to provide more capacity with each new satellite.

“In the past, our ground terminals were pretty similar to other ground terminals,” Buer said. “But now they’ve diverged to the point where it’s so different that you can’t really design the ground terminal without designing the whole rest of the system. That’s how we get the kinds of capacity gains we’re seeing in Viasat-2 and 3 and beyond.”

Buer could not be more excited about the company’s future.

“I feel like once we have ViaSat-3 in operation, we’re kind of unstoppable in terms of the competitive landscape,” he said. “Our competitors are still building copies of ViaSat-1, and we’re out here doing something that’s 10 times better. Here in Tempe, it feels like we’re in the middle of all those developments.”