Viasat-Denver engineer Evan Lee started as an intern with the company and ended up being hired full-time. 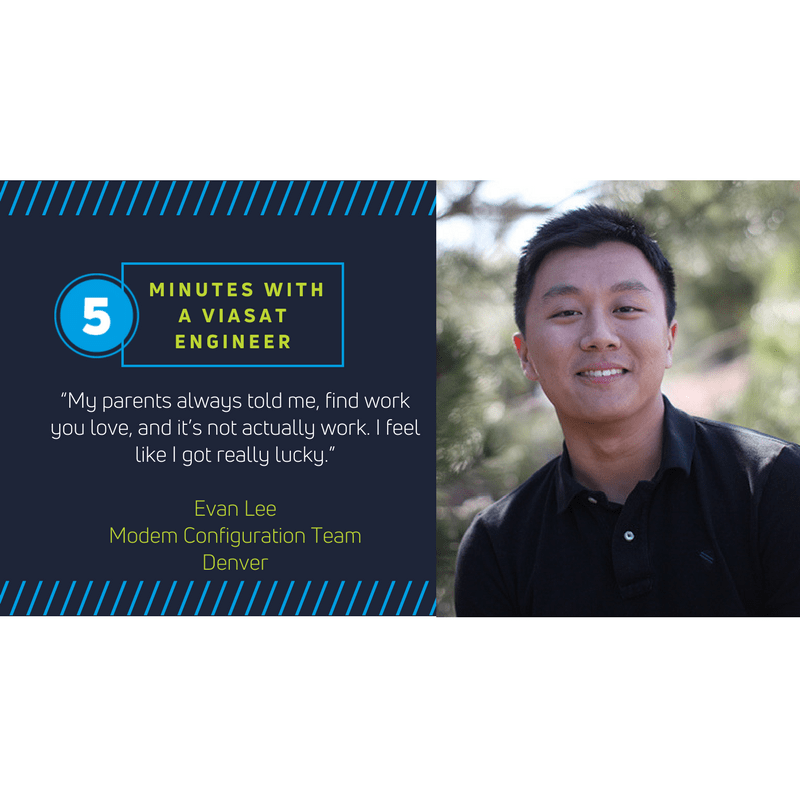 Software engineer Evan Lee drives a distinctive yellow Nissan Juke, the only yellow car in Viasat Denver’s parking lot. Lee says he bought the car for its all-wheel-drive practicality, its sporty look and because the salesman gave him a deal.

Almost as an afterthought, he says, “I feel like it fits my upbeat, bold personality.”

The sunny color is not only a match for his temperament, it could also be seen as a symbol for the direction his life is taking.

At barely 24, Lee is buying his first home and has a job he loves with a company he hopes to be part of for a long time.

“It’s an exciting time to be alive,” he said.

Three years ago, Lee had never heard of Viasat. As an incoming summer 2015 intern, he decided to dress for success. Lee went shopping for button-down shirts and slacks — the look he thought would best suit the corporate world.

Most of those items soon went back to the store.

“I came in and realized it’s not like that at all,” he said. 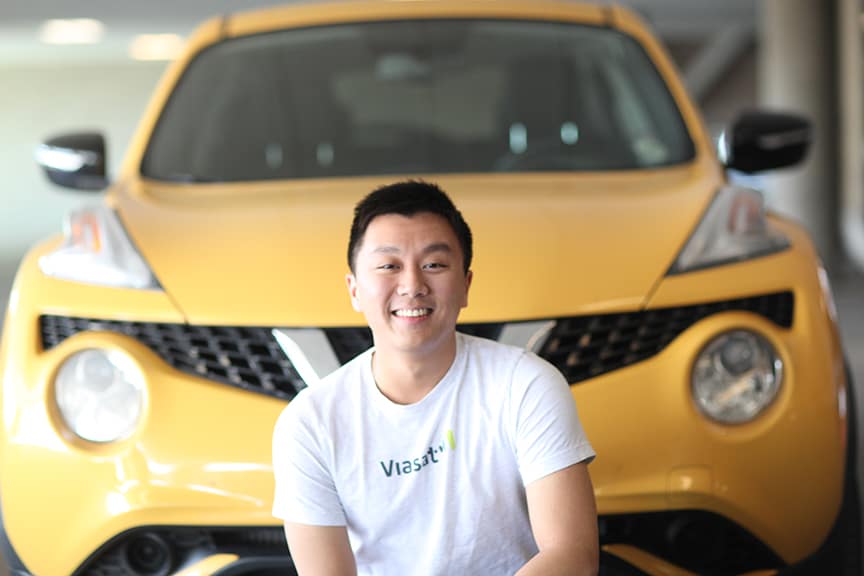 Evan Lee with the sun-yellow car he says matches his personality.

That relaxed atmosphere is one of the things he likes most about working at Viasat’s Colorado office, located on the south side of Denver in Englewood.

“I love how casual the workplace is,” said Lee. “Another thing I love is the work that I do feels impactful. We’re providing internet to people – not just the government but commercial and residential. Some of those people wouldn’t have access otherwise. Being able to say I’m part of that is a good feeling.”

When he’s not working, Lee likes playing board and video games, particularly those that involve competition. His current favorite? Overwatch. His all-time favorite? Divinity Original Sin II – a complex, role-playing game that can be played solo or with other players.

“My parents always told me, find work you love, and it’s not actually work,” said Lee. “I feel like I got really lucky.”

He would someday like to explore some other areas within Viasat, perhaps as a modem embedded software engineer or making a more dramatic shift to big-data analytics. The common thread in all his career considerations is Viasat.

“In the future, this is where I see myself,” he said.