In memory of Austin Bice, the son of ViaSat employee Larry Bice, this year will see another effort to raise scholarship money through the annual Thanksgiving morning Turkey Trot. 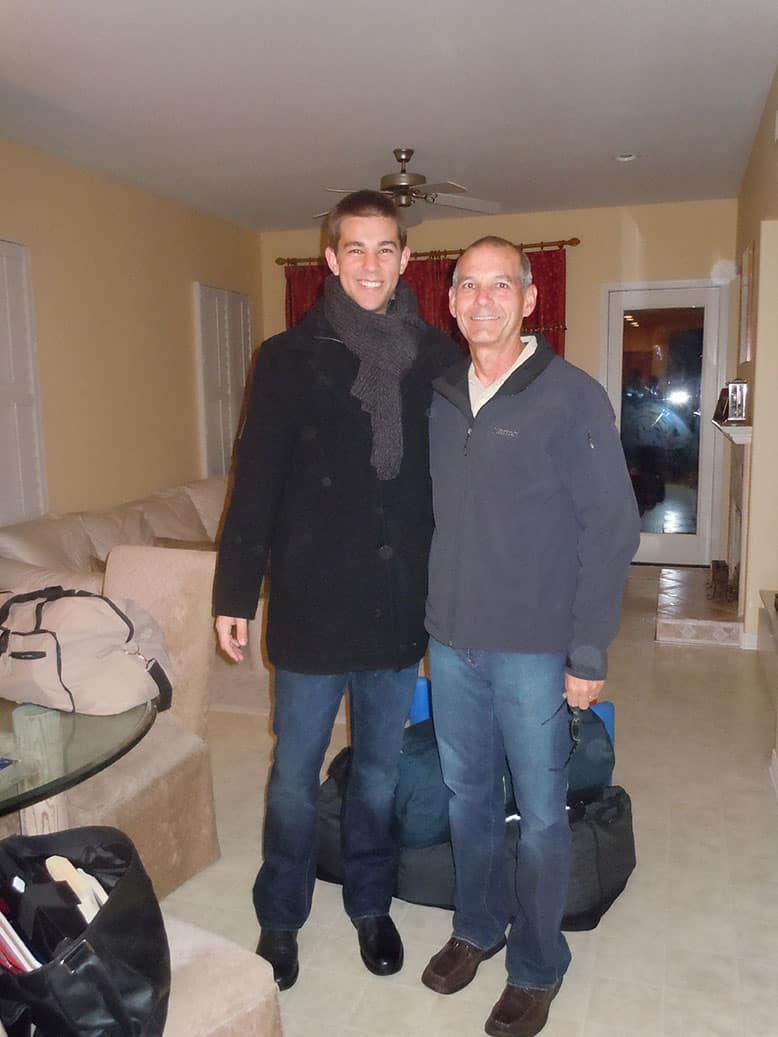 At 6 feet 5 inches, Austin Bice was tough to miss. Whether running in the annual Oceanside Turkey Trot, playing on the San Diego State football field, or offering the smile that always reached his eyes, the 22-year-old made an impression.

Austin died in 2011, but his presence is still felt — nowhere more so than at the Thanksgiving morning Turkey Trot, when hundreds of his friends and family run together as Team Austin Bice. This year, about 300 people will be part of the team; their efforts raise money for a scholarship fund in Austin’s honor.

Viasat is among the race sponsors and also matches the money raised by the team. Austin’s father Larry is a 19-year Viasat employee, and Austin interned at Viasat in 2009 and 2010.

“One of the biggest reasons we’ve been able to raise the amount we have is because of the Viasat match,” said Larry Bice, who works as a tax director. “They’ve been real good to our family.”

The event is an occasion of mixed emotions for Larry and Austin’s mother Pam.

Austin and father Larry on the day he left for Spain in 2010.

“We look forward to it every year, but it’s hard every year,” Larry said.

In February 2011, while Austin was studying abroad in Madrid, Spain, the San Diego State University senior drowned. His death remains shrouded in mystery; Austin was a high achiever with an outgoing personality who’d been sending his family glowing reports about his time in Madrid. He was also a strong swimmer.

Despite the heartbreak and unanswered questions, his parents immediately established the scholarship with money people sent to them in their son’s honor. Shortly after that, they formed Team Austin Bice.

Austin was not only athletic but had a big appetite; running the race let him relish the feast that followed even more.

Seven years after Team Austin Bice formed, the event has become a poignant reunion for his family and friends.

“Kids from his college and high school come, and often their whole families come, too,” Larry said. “These kids and their parents grew up, going to football and basketball games together. The Turkey Trot is sometimes the only time they see each other. And that was our goal: To bring people together and raise some money for others.”

While they cannot change the past, Larry and Pam Bice said the scholarship has changed the future for many of its recipients. If their GPA remains high, each student receives about $4,000 annually. The scholarship is awarded to a student bound for San Diego State who participated in high school varsity sports, carried a high grade-point average and showed leadership skills.

“That’s what we always saw in our son,” Larry said. “In fact, my wife says, ‘I’m always looking for that 6-foot-5-inch, brown-haired, brown-eyed kid’, but we haven’t found one yet.”

The Bices and an interview panel jointly make the annual selection.

The recipients have all written to Larry and Pam Bice about how the money helped them.

One mother said the scholarship award changed her thinking; where once she thought college was out of financial reach, she suddenly saw ways to bridge the gap and make it happen for her daughter.

“They all say it’s been a game changer for them,” Larry said. “We think the kids not only have a little bit more money, but more desire to do well because they’re part of the scholarship.”

The Bices’ two daughters and four grandchildren will also participate in the 2017 Oceanside Turkey Trot. To honor Austin’s favorite color and his love for the United States, Team Austin Bice’s 300 members will all wear red T-shirts accented with an American flag.

If you’d like to donate to Team Austin Bice, send your contribution here: