In a recent demonstration, the Viasat KuKarray satellite terminal was shown to provide wide-body military aircraft with near-ubiquitous SATCOM connectivity 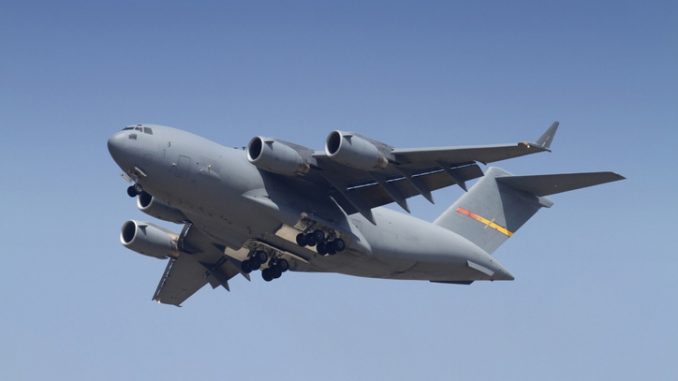 Until recently, the U.S. Department of Defense lacked the ability to adapt and adjust to new mission demands requiring broadband satellite communications (SATCOM) while in-flight. With information and service capabilities changing frequently during the course of a conflict, it’s critical our warfighters and military leaders have the ability to securely communicate, access HD video streams and transmit vast amounts of data while in transit.

Viasat answered the defense market’s need for flexible, robust, and resilient Beyond Line of Sight (BLOS) communications. On a cold November 2018 afternoon at Viasat’s Fort Bragg, N.C. office, the company’s second-generation KuKarray (KuKa2) terminal became the first of its kind SATCOM terminal to successfully demonstrate something unique: the ability to access and operate over multiple, commercial SATCOM services on a variety of geostationary (GEO) and medium earth orbit (MEO) satellite networks.

The KuKa2 terminal also demonstrated operations on two separate steerable beam SATCOM networks, one operating in MIL-Ka and the other in Non-Geostationary Ka-band. Data rates of 90 Mbps to the terminal and 40 Mbps from the terminal were achieved on both networks.

In our discussions with U.S. Combatant Commanders, they’ve asked for assured, resilient and protected BLOS communications that preserve the U.S. C2 advantage and deliver improved performance, added resiliency, and solutions that will optimize existing assets to adapt to emerging threats. By delivering access to multiple satellite networks, Viasat’s KuKa2 terminal not only meets requests of our government customers today, but will provide the capabilities needed to prepare for the missions of tomorrow.

A depiction of how the KuKarray terminal on a C-17 allows for connectivity from multiple SATCOM platforms.

The KuKa2 terminal builds on the high-quality performance of Viasat’s first-generation KuKarray terminal, which has proven to be enormously successful across both commercial and government markets. But true to Viasat’s culture, the company pushes the boundaries of what’s possible to develop solutions that impact lives — in this case: better, global in-flight communications.

“We hear from a number of senior leaders across branches of the military that high-performance in-flight broadband connectivity is now critical for operations that require warfighters to adjust to situations in near real-time in order to make accurate decisions in a timely and decisive manner,” said Ken Peterman, Viasat’s president of Government Systems. “The KuKa2 terminal exemplifies our ability to deliver global in-flight technology solutions that will provide access to a range of advanced capabilities required for critical missions, such as real-time HD video feeds and active cyber defense applications.”

“While others in the industry may claim to deliver similar capabilities, Viasat’s KuKa2 terminal is the only mobility product of its kind on the market today that has been fielded and operationally proven to meet the global in-flight broadband connectivity demands of U.S. government customers,” LeTourneau said.