Satellite technology is helping first responders stay in close touch with doctors while en route to the hospital. 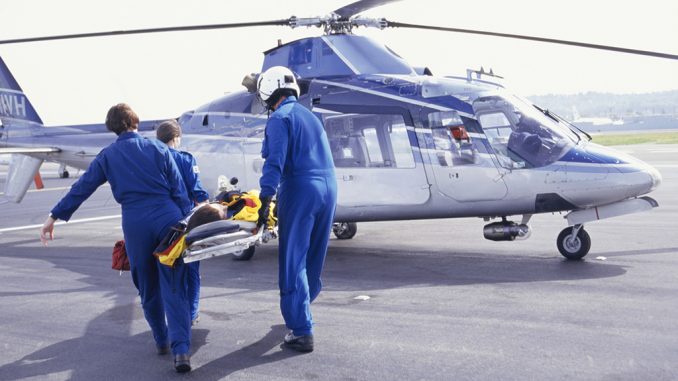 It’s an interesting fact that some of the biggest advancements in human health are coming from space. Telemedicine — providing of healthcare over distances — is augmented today by satellite technology and was born during the original space race. Before it could put a man on the moon, NASA had to figure out how to keep astronauts healthy and safe. Those early health monitoring systems were the springboard for today’s booming telemedicine industry. Improving and expanding options for telemedicine (and telehealth, the broader term for healthcare delivered via internet) is a big deal. And here’s why:

Another important area is communication between first responders and physicians while patients are en route to a hospital. This involves technology where Viasat looks to play an important role in the future. For instance, helicopters being used to transport critically ill patients have a long-standing technology challenge: getting a consistent satellite internet signal through the rotating blades of a helicopter or other rotary winged aircraft. The rotating blades can interrupt a satellite connection. So Viasat engineers have figured out how to stutter or stretch the duration of the signal, so that the signal sifts through the blades to the satellite. “Because there’s a repetition of the information, it gets through,” said Viasat’s John Hoffman, head of engineering - Government Systems. Currently, the work is primarily focused on Viasat’s U.S. Department of Defense customers, but has much broader potential future applications – including use on air ambulances. For those craft operating beyond the reach of cellular reception, a satellite connection is a crucial — and potentially lifesaving — link. 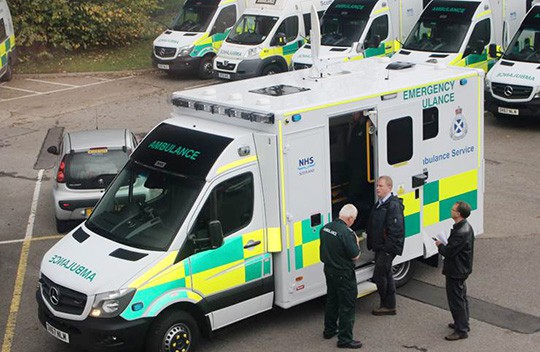 In Europe, Viasat is working with partners on a pilot program to test in-ambulance videoconferencing.

Viasat is also involved in a unique partnership aimed at solving a similar issue on the ground: maintaining an unbroken connection to a moving ambulance. Three ambulances in Belgium and the Netherlands will soon begin a six-month pilot of a mobile communications system that uses both satellite and cellular connections. By combining the two networks, the hybrid system helps ensure a constant broadband connection. That means even as an ambulance is rushing a patient to a hospital, a doctor can be video-chatting with the patient or paramedics. That can save precious time, with hospital staff better prepared for surgery when the patient arrives at the hospital door. Or with real-time information, the doctor could decide the patient could be better treated at a different hospital, diverting the ambulance to medical staff that may specialize in the patient’s specific condition. Either way, the mobile consultation can make a critical difference. Viasat is working with a Belgium-based company called Zebra Academy that’s developed the in-ambulance videoconferencing platform. “With this hybrid communication, we can provide communication everywhere, which would allow us to connect patients and doctors almost anywhere in the world,” said Ferdinando Tiezzi, business development director in Viasat’s Switzerland office. This effort, he says, is just the beginning of even more promising developments. “This is just the bottom of the strategy to have hybrid connectivity everywhere. Emergency services are the tip of the iceberg when it comes to the benefits of combining terrestrial and satellite internet. If this pilot is successful, our goal is to bring it to commercial applications for the consumer, like connected cars and other mobile systems.” As in many other areas, satellite connectivity provides a critical link, either in hybrid systems paired with other technologies such as cellular, or as the sole link in areas where no other services can reach.