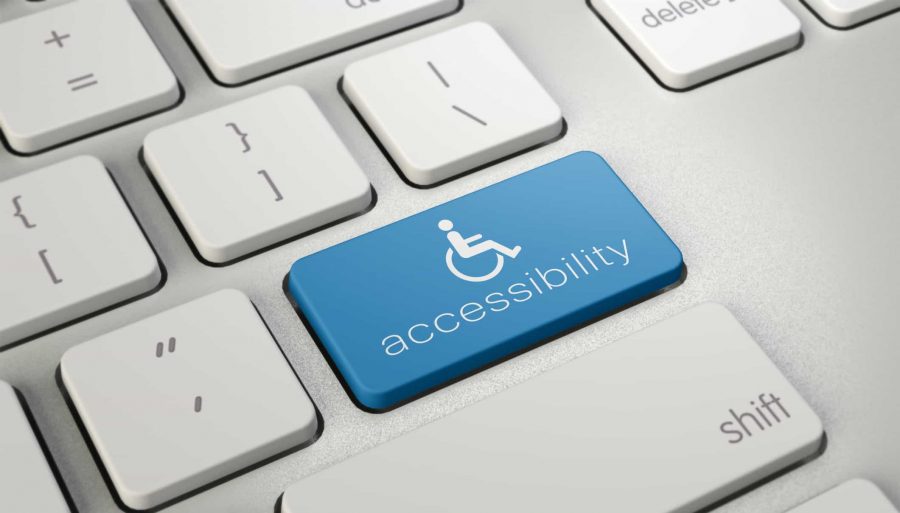 The Disability Equality Index (DEI), a joint initiative by the American Association of People with Disabilities and Disability:IN, has recognized Viasat as one of the “Best Places to Work for Disability Inclusion.”

Viasat joins the ranks of Accenture, United Airlines, American Airlines and other companies that have been named a “Best Place to Work” in the past.

It’s an initiative the company has championed, not only through their formal Diversity & Inclusion initiatives, but particularly with the creation of Viasat's Ability Alliance, which provides the company a resource to support employees with disabilities.

When Patty Scott, head of the employee resource group (ERG), heard the news, she said she felt excited and proud to be a part of her company.

“I didn’t expect our Ability employee resource group to make so much headway so soon,” she said. “It was such a proud moment for what the Ability Alliance and the company has accomplished.”

When Scott launched the program in 2017, she was open to input from all employees. She wanted the group to be a resource for people to turn to, whether they had a disability or just wanted to be an ally. Scott’s collaborative spirit allowed people to be honest about their needs at the workplace, which spurred change within the company’s facilities. From simple changes like better placement of trash cans, to lower counter heights in breakrooms, Viasat’s approach to its facilities are now more mindful toward those with disabilities, she said.

Viasat Director of Facilities Samir Marwah has been a big champion of the accessibility-related changes. When Viasat’s headquarters in Carlsbad, CA expanded, Marwah looked into the features incorporated by other companies known for disability inclusion. His research, among other things, inspired the installation of cashier-less tablets with headphone jacks in the cafeteria. This allowed people with certain disabilities to pay for their purchases much more easily.

“We should all take ownership in this award,” Scott said. “We all made this happen, and that’s really reflective of the ‘one team’ philosophy at Viasat.”

Simon Kuo, the executive sponsor of the Ability Alliance, concurred.

“I heard a group of people say they saw Bob Rota, our VP of facilities, removing bicycles from accessible ramps, because he saw it and thought ‘no, they shouldn’t be there! When people with disabilities come up the ramp, there’ll be obstacles,’” Kuo said. “We can all consciously thinking about these things.”

Viasat’s inclusive culture is unique, Kuo said, because the company focuses on peoples’ abilities and not their disabilities. As executive sponsor, he hopes to be useful in connecting the group to the resources they need, and in promoting their message of inclusivity. 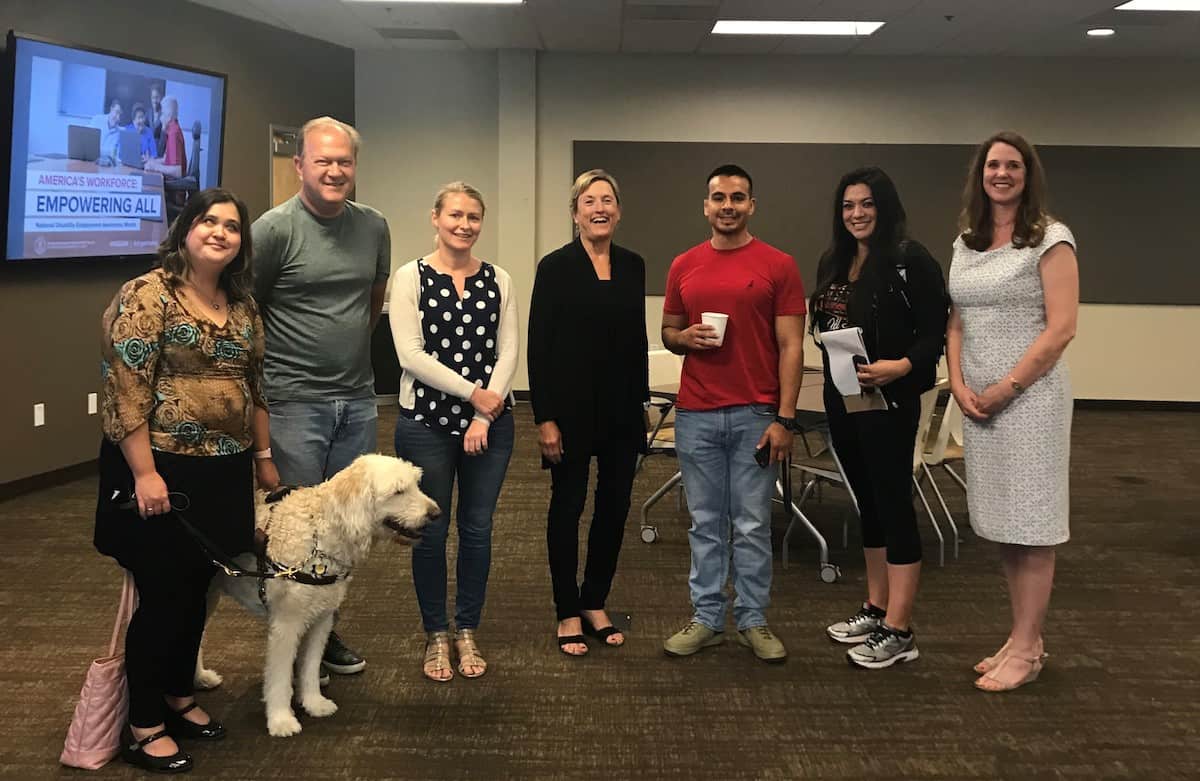 When Viasat was adding buildings to its Carlsbad, CA campus, members of the Viasat Ability Alliance were there at the start to help ensure access was integral to the plans.

Disability:IN makes clear that even companies with top scores are not perfect in their disability inclusion efforts. There’s always more that can be done. Scott said Viasat agrees with this philosophy.

“We shouldn’t become complacent,” she said. “It’s not about getting the award. We want Viasat to be an inclusive environment, so I think it’s really important to acknowledge and take pride in this recognition, but also ask ourselves what we should do next.”

Scott already has the ball rolling. Currently, she is working with Viasat’s IT team to explore accessible technology, which includes devices like screen readers for those who are blind. The Ability Alliance team is also planning a series of events for October, which is National Disability Employment Awareness Month. The main focus for the month is a membership drive, which she hopes will help people with disabilities be more comfortable with self-identification.

An important part of the membership drive is to make people aware that help is available.

Kuo hopes the company can be a place where people are comfortable discussing disabilities. The work the ERG does is important, he said, but it’s not something people usually gravitate toward because it’s a topic with which some may be uncomfortable.

“Some of us are close to people with disabilities. It might be people who didn’t have physical disabilities before, but now do,” Kuo said. “For example, I have aging parents who are no longer able to do some of the things they were able to do before. Finding people here at Viasat going through the same thing I’m going through is actually really helpful.”

In the future, Viasat's Ability Alliance hopes to expand to other locations, Scott said, like many other ERGs have. Collaborations are already natural to the group: when the alliance was launched, employees from Carlsbad were all invited to participate in a “scavenger hunt” to find areas that could be more accessible. Later, the Ability Alliance adapted the activity to engage the facilities teams at Tempe, Atlanta and Denver on a similar “accessibility hunt.”

With the success of the Ability Alliance in Carlsbad, Scott hopes to start new chapters across Viasat’s other campuses, to grow as a sustained resource globally.