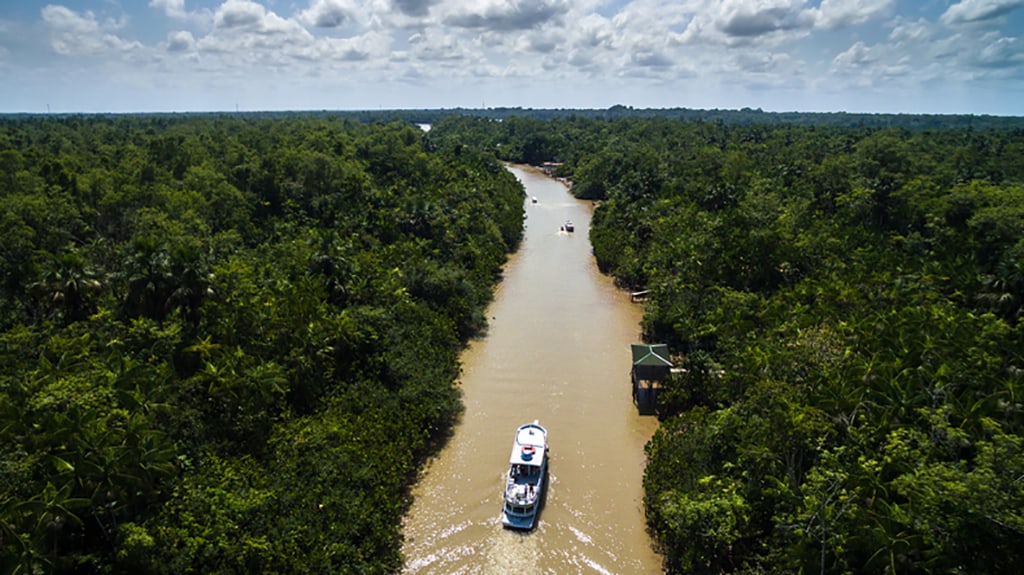 Brazil is famous for the Amazon rainforest, soccer, coffee, beaches, a thriving economy and the world-famous Rio Carnival.

But the beautiful rainforest and the roads that meander through it can be challenging terrain for conducting business, especially for people who don’t know the area.

Those are among the reasons Viasat is partnering with a well-established Brazilian satellite services company to bring internet to the country’s most remote areas. Ruralweb, in business since 2003, will work as a wholesale distribution partner with Viasat.

“This will open doors for us in Brazil,” said Viasat business operations analyst Luiza Andersen. “People there don’t know us yet, and this puts us in the market so we can show what the service can do.”

Ruralweb will work with Viasat in many of Brazil’s 27 states, including the Amazon River region.

“Installations are incredibly difficult to do in this part of the country,” said Juan Loera, Viasat’s international operations manager. “It’s not as densely populated as the coastal areas, so the infrastructure tends to be more challenging. In some cases, you have to take boats or travel for days. Roads often get swept out by water.

“So there’s great value in having a local partner. We’ve found relying on established businesses in these areas is a much better way of getting our service out there.”

The partnership between Ruralweb and Viasat is an offshoot of the 2018 partnership between Viasat and Telebras, Brazil’s public telecommunications company. Viasat is linking bandwidth from Telebras’ satellite to the ground network and infrastructure it’s constructing in Brazil, a combination of technologies that brings satellite internet to unconnected areas of the country.

Ruralweb and Viasat have already established a good working relationship. The Brazilian company joined with Telebras and Viasat in February of 2019, to connect first responders at the mining dam collapse near the town of Brumadinho.

“They’ve been very proactive in helping us test modems and a variety of equipment,” Loera said. “They’re investing and believe in what we’re trying to do in Brazil.”

Telebras owns and operates the SGDC-1 satellite, which launched service in early 2018 to provide internet access through Brazil. Telebras chose Viasat to help build the satellite’s ground network and deliver internet service to the country’s most remote areas.

There’s high demand for connectivity in the area of Brazil in which Ruralweb and Viasat will work together.

“It’s the Amazon; it’s definitely a place where many people have no other way to communicate,” Andersen said. “This service will help in hospitals, schools — places where they never had internet before.”

Read more about Viasat and Telebras