Viasat helps hurricane victims get back to business 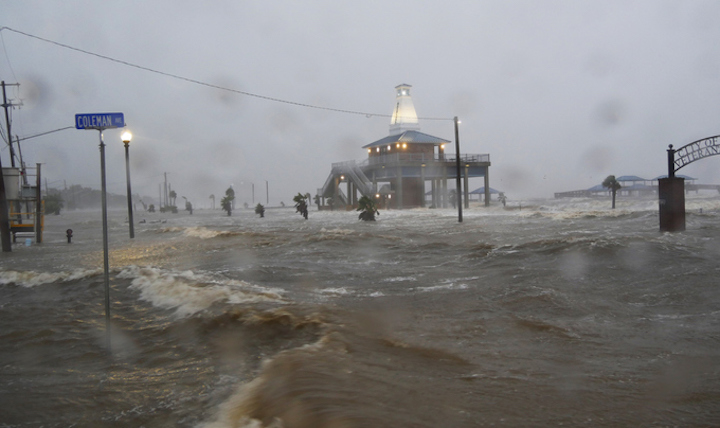 Hurricane Ida hits near the Louisiana and Mississippi border on August 29, 2021 bringing high winds, flooding and widespread loss of electricity and internet connectivity.

Lifelong Louisiana resident John Gaudet got his first glimpse of Hurricane Ida’s aftermath in the wee hours of Aug. 30, 2021. What was saw from his bedroom window was “pure devastation.”

“It was just unreal,” he said. “Everywhere around us, trees and poles were down, roofs were torn off. It looked like something out of a movie — just pure devastation everywhere. In my 47 years, this is the worst we’ve ever had in this area.”

In those pre-dawn hours, Gaudet realized his services would be sorely needed. His company, Independence, LA-based PC Global Systems, provides networking solutions in Louisiana and Mississippi. The storm left thousands of people — including himself and many of his customers — without internet service.

According to the Federal Communications Commission, 52% of Louisiana’s more than 2,700 cell sites were out of service Aug. 30. And while the first orders of business were ensuring the safety of others and digging out from the wreckage, helping businesses resume their operations was not far behind.

Gaudet knew the fastest way to get people up and running again was satellite internet. Until the hurricane, it hadn’t been a tool he’d generally reached for.

”It was not anything I normally recommended because a lot of my customers were in areas where they had other internet choices that were wired, without having to depend on satellite,” he said.

Ida changed all that. Those traditional internet service providers rely on infrastructure that wasn’t operable immediately after the hurricane. Instead of using cables or fiber, satellite internet operates via radio waves that transmit data between a satellite and a subscriber’s antenna. It can also typically be installed 3-5 days after an order is placed, making it the quickest solution available for hurricane and other victims of natural disasters.

Gaudet himself was among those without service, and chose Viasat as his interim solution.

“After the hurricane passed, we spent half a day just cutting ourselves out to be able to have access to check on family members,” he said. “Based on our visual of the area, we didn’t expect to get power for at least 4-6 weeks, and didn’t expect to have internet for two months. That’s how many lines and poles were down.”

While both power and internet were restored much sooner than Gaudet expected, he and other area businesses needed internet to resume operations as soon as possible. Gaudet had Viasat installed and relied on it exclusively for two weeks, until his original service was restored.

I really have to give Viasat kudos. They stepped forward and did a wonderful job of supplying our customers with internet and doing it in a timely fashion when we really needed it in this area.

Like Gaudet, most of those customers are keeping Viasat business internet as a backup service.

“Based on the devastation they experienced, they would like to keep Viasat so if something does happen, they can revert back to it,” he said. “I think we all feel we could easily get another big storm next year during hurricane season.

“Even in the short-term today, we have customers still experiencing outages as service providers work on fixing their systems. Businesses want to keep that secondary internet in place because of the up-and-down nature of those connections.”

Regardless of the damage from Hurricane Ida, and the chance that another storm could someday ravage the area, Gaudet remains firmly rooted in Louisiana. It’s not only his lifelong home, but also where he’s built a business — one founded on often long-term relationships with the people who live there. The response those friends and neighbors had to Hurricane Ida has only made Gaudet love his home more.

“You could see the true spirit of the people in our area as soon as the storm passed,” he said “You saw everybody not just taking care of their own, but cutting paths for other people and checking on neighbors. Nobody waited for assistance from anybody; everyone pitched in with chainsaws, machinery, or just their hands.”

“I really have to give Viasat kudos,” he said. “They stepped forward and did a wonderful job of supplying our customers with internet and doing it in a timely fashion when we really needed it in this area.

“We didn’t do a large business with Viasat in the past, but as we’re branching out and trying to get into some of these rural areas, we’ll use them a lot more. First and foremost, it’s a logical choice in these areas. There are other satellite internet vendors you could go with, but because of the response and the way they treated me and my customers during Hurricane Ida, I will always stick with Viasat.”

Learn more about Viasat as a backup service for businesses