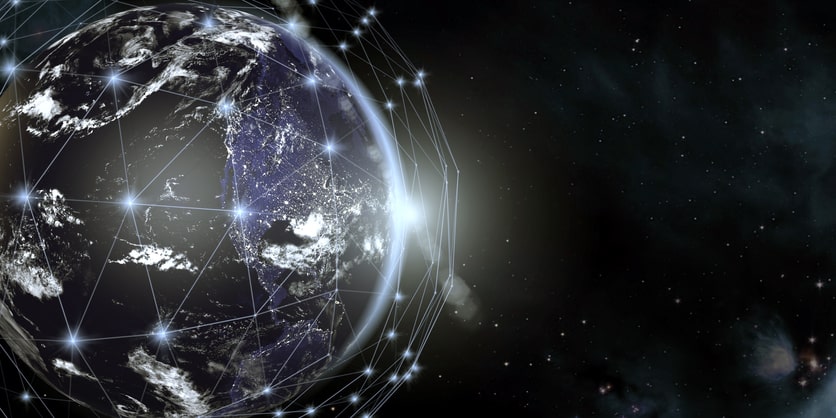 In February 2020, the U.S. Space Force announced its vision for the future of satellite communications (SATCOM) in this statement. The Space Force Enterprise SATCOM vision statement notes, “[a] single integrated SATCOM enterprise will enhance integration between the military and private sectors, with a goal to enable warfighters with the ability to transition between their networks and terminals to alternate resources with little or no disruption.”

Viasat’s Hybrid Adaptive Network (HAN) SATCOM concept is being designed with the U.S. Space Force’s Enterprise SATCOM vision in mind. For more than 15 years, we have been operating global SATCOM services that can move U.S. Department of Defense (DoD) customers across multiple satellite networks.

Rather than waiting for a program of record, Viasat is taking proactive steps to enhance the flexibility of its existing satellite services by deploying open architecture hybrid terminals for U.S. DoD users. In February 2020, Viasat’s KuKa2/M3 Global Aero Terminal (GAT-5530) — which already supports operations across commercial Ku and commercial and military Ka satellite networks — reached a key milestone by successfully adapting the iDirect Open Antenna Modem Interface Protocol (AMIP). This enables third-party modems to interoperate with the KuKa2/M3 terminal and operate on third-party satellite networks.

“We are taking a proactive approach to develop and deliver a range of hybrid networking service capabilities for our government customers,” Peterman said. “Today, our KuKa2/M3 GAT-5530 terminal is fully capable of operating on third-party global satellite networks — making it one of the most flexible and resilient satellite terminals on the market.”

Through multiple efforts, Viasat is opening its SATCOM architecture to enable third-party modems to interoperate with Viasat’s KuKa2/M3 GAT-5530 satellite terminal. This latest certification allows U.S. military users the ability to operate on multiple satellite networks in GEO, MEO and, soon, LEO orbits. It also allows users to select SATCOM capabilities based on the needs of a specific mission.

“The KuKa2/M3 GAT-5530 terminal is a market leader in open architecture terminal flexibility and functionality — one could compare its capabilities to the way that cellular phones allow users to roam across a variety of networks in order to receive the best service based on the specific needs and usage in a given geography,” Peterman said. “It will be critical to provide our military customers with this amount of flexibility as the U.S. DoD moves toward implementing an open Enterprise SATCOM architecture.”

Hybrid managed services, like those that will be provided using Viasat’s HAN concept, will provide capability advantages for DoD leaders looking for the ability to transition to a managed open SATCOM architecture and illuminate the enhanced performance, resilience, affordability and security advantages of SATCOM-as-a-Service business models. This approach will allow for the incorporation of new, higher performance satellite networks as they become available, offering greater communication improvements, higher performance and more affordable options, to better match the warfighter demand.

Viasat is committed to being a strategic partner to the satellite industry, DoD and the U.S. Space Force. Today, we work with all branches of the U.S. military, providing technology and service resources, capabilities and depth in understanding how to transform SATCOM procurement. And the flexibility of our KuKa2/M3 GAT-5530 terminal demonstrates a vital step taken by the private sector that will help make the U.S. Space Force Enterprise SATCOM vision a reality in the future.

“Viasat believes an integrated SATCOM enterprise will be a true game-changer for our men and women in uniform,” Peterman said.