Satellite communications technology from ViaSat enables enhanced ability to monitor the border for the U.S. Customs and Borders Protection agency as well as other state government agencies. 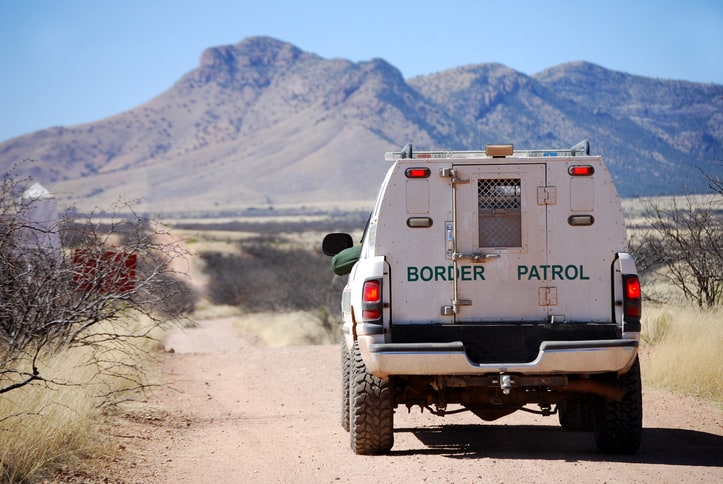 Managing and protecting our borders is no small feat. According to the Customs and Borders Protection website, “… on a typical day, CBP welcomes nearly one million visitors, screens more than 67,000 cargo containers, arrests more than 1,100 individuals and seizes nearly 6 tons of illicit drugs.”

With national security pressures mounting, state governments, in particular, are looking to acquire and effectively utilize technologically savvy, comprehensive approaches to border management and protection. Satellite communications (satcom) is one of the technologies being incorporated into these plans. Because satcom uses satellites located 22,000 miles above the earth, it is capable of communicating information about activity on the ground regardless of terrain or remote location. This is a huge advantage when it comes to border protection in remote and mountainous areas. In addition, the ability of these satellites to transmit high-speed, high-resolution imagery, video, and various sensor data makes them ideal for a number of difficult, data intensive missions, such as surveillance, reconnaissance, and search and rescue.

In fact, on U.S. soil, Viasat has been working closely with some state governments to deploy its airborne satcom system as a way to augment current state border and surveillance initiatives. By eliminating the need to maintain line of sight with communications towers, and enabling the planes to transmit data to the ground in real time rather than waiting until they land, satcom is enabling these planes to fly longer missions with greater range and at increased altitudes.

“We’re mounting our airborne satcom equipment to state agency aircraft to enable secure missions from providing a ‘virtual border wall’ to assisting with firefighting and the search and rescue of missing persons,” said Ken Peterman, president, Government Systems at Viasat.

By using the Viasat technology and service, state agencies are finding they can improve the operational effectiveness of their public safety missions — beyond just enhancing border enforcement — to include other key missions, such as rural firefighting, search and rescue efforts, and enabling urban surveillance capability to help quickly identify and resolve public safety concerns.

It’s fairly straightforward. Viasat’s ultra-small 12-inch satellite tracking antenna is mounted onto an aircraft to tap into our high-performance Ka-band satellite network. Our service provides high-speed, high-quality broadband connectivity for a variety of missions including the transmission of intelligence, surveillance and reconnaissance (ISR) data; peacekeeping missions; emergency response; search and rescue; and border surveillance. Our mission-proven system is currently supporting the broadband needs of numerous government and senior leader aircraft — by delivering enhanced connectivity and communications, virtually anywhere they fly.

“We’re seeing greater interest and demand for our airborne ISR solutions, especially as continuing tensions rise on borders and issues of maritime sovereignty continue,” Peterman said. “Airborne ISR is the new ‘eyes in the sky’ to help monitor these intense situations in real time, enhancing the government’s ability to protect against threats on our borders.”