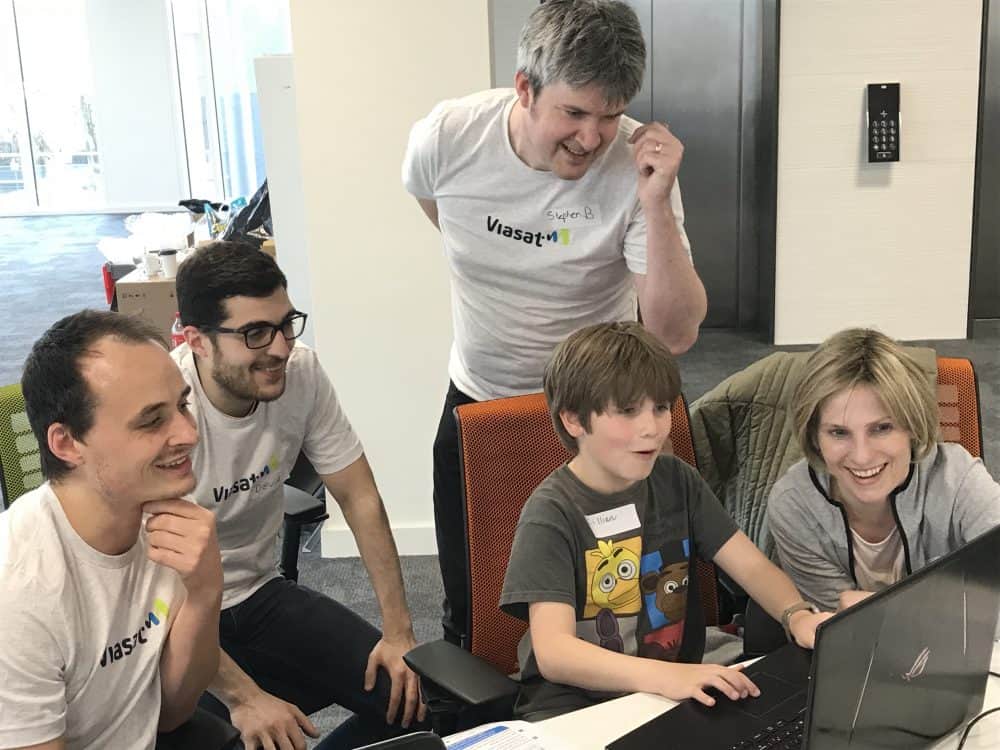 About 900 young computer coders from around the world – including several from Viasat Dublin’s youth coding club – showed off their work in Dublin May 5 during Coolest Projects International 2019.

Using a programming language called Scratch, Mylie Rose created a three-level game about endangered animal species that tied into the event’s focus on socially conscious themes. At the completion of each level, gamers got a message about how they could help save the animal.

“It was a lot of work; I think it was worth it,” said Mylie Rose. “I was a bit nervous and also pretty excited.”

For Mylie Rose, the international competition was a highlight, but she brightens even more when she talks about Viasat’s CoderDojo.

“I really enjoy the dojo because you have friends there,” she said. “And if you’re working on a project, you can continue on that or start another.” 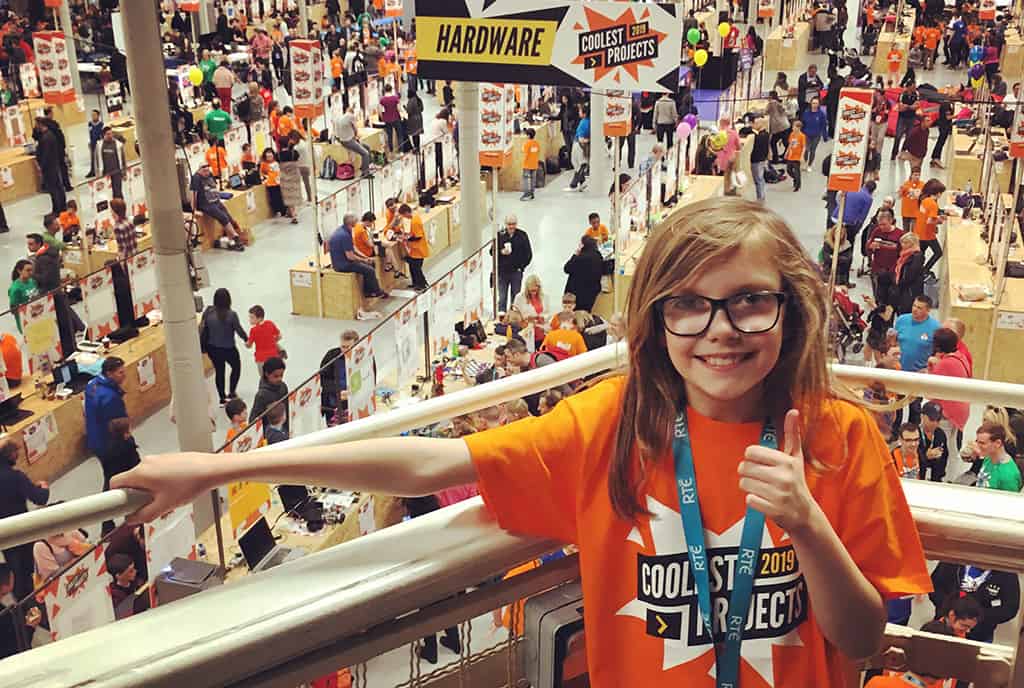 CoderDojo is a global network of free, volunteer-led programming groups for kids. Launched in Dublin in 2013, the organization now has 1,778 chapters around the world.

The dojos are designed to be fun, informal places where kids can play with coding and adult volunteers can guide them and share their knowledge. CoderDojo provides projects for the kids, online training for adults and a helpdesk for Dojo-related questions.

“It’s really brilliant to see the young people learn and grow with technology and to know that we’re guiding them to take control of their worlds and become creators of digital media and technology – not just consumers,” Ivers said.

The club includes Viasat employees’ children and other children from the Dublin area who’ve learned about the dojo.

“Mentors from the company introduce the kids to coding in an informal, social and fun environment,” Ivers said. “We try to encourage the young people to be driven by their own interests, which is much more motivating.”

Byrnes has seen that happen with his daughter.

“Mylie Rose is always pumped on the way to Dojo and full of ideas for using technology to solve problems,” he said. “It’s enabled her to learn Scratch programming, to build a game, make new friends and reach for the stars. I can’t recommend the Dojo highly enough to other parents, and I can’t thank Viasat enough for its ongoing support.”

Both Ivers and Byrnes hope to see CoderDojos spring up at other Viasat campuses.

“I’d love to see most of our offices considering it,” Ivers said. “We have this brilliant engineering talent, and it would just be such a wholesome thing to do – to share those skills and inspire the next generation. There’s also the possibility of that next generation becoming future Viasat employees.”

That possibility may already be well on its way to becoming reality. Based on her dojo experience, Mylie Rose has already decided: Her future will involve coding.