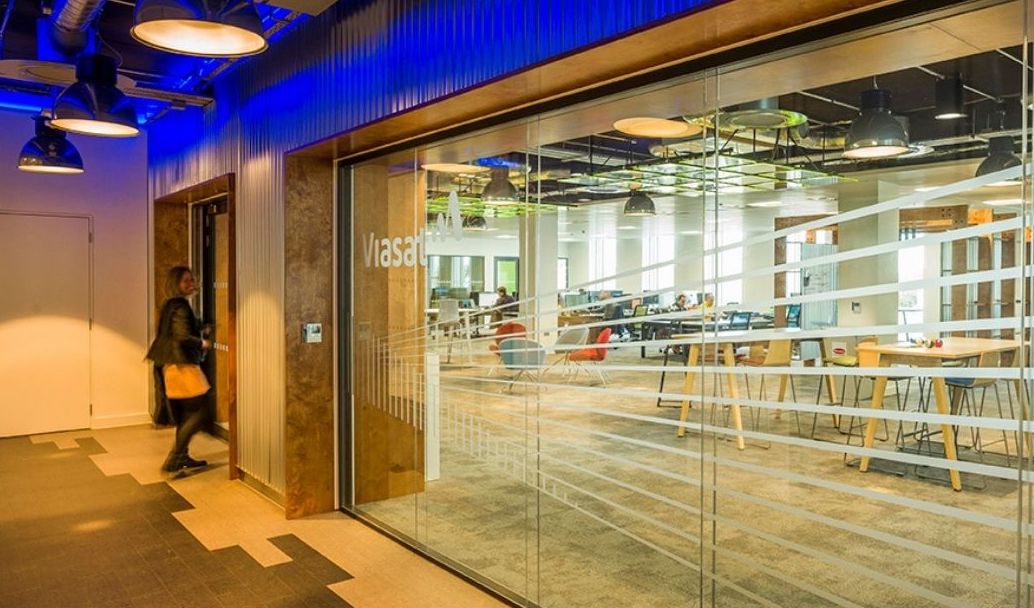 Viasat’s Dublin office has the best of both worlds — a work goal to which its employees are passionately devoted, and a relaxed but active social environment that binds the crew tightly together in that mission. And it’s all set in a city steeped in history yet brimming with sophisticated, modern cultural amenities.

The Dublin team specializes in developing customer experience software for airline and other mobility applications across the company.

“Our DNA is bringing together customer-focused product development, product management and design to create compelling customer experiences” said Dave Elliott, Managing Director of Viasat Ireland. “Currently, a key area of focus for us is the passenger experience, where we are developing new products and innovative business models. When we couple these products with the best satellite connectivity, and the right online partners, we have an offering that our competitors can’t match.”

In addition to passenger entertainment, the Dublin team also builds and refines Viasat’s flight operations software — AeroDocs and CrewApp. These products work together to help create a seamless flight experience for crew and passengers, improve safety, and reduce costs for our airline customers.

The team also does customer experience product development for other divisions within Viasat.

“Our success is built around the products we develop as well as the way we develop those products — all in this innovation hub environment,” Elliott said.

Viasat first acquired a presence in Ireland when it bought aviation software firm Arconics in 2016. The rapidly expanding office moved in early 2018 to the six-story building on Dublin’s Grand Canal. Located in the heart of the city, the office is within walking distance of trendy shops, bars, restaurants, historic parks and architecture.

Viasat’s critical product development mission in Dublin is bolstered by its office culture. The Dublin campus has a designated community manager, Lauren Pritchard, whose primary role is to keep employees actively engaged with the company — a job that’s required greater creativity during the pandemic.

Pritchard and other employees have answered that call by developing an internal news broadcast, anchored by customer experience analyst Laura Ivers and digital marketing manager Gary Byrnes. The show is conducted in tongue-in-check Anchorman style, and it’s supplemented by a newsletter with a similar tone.

The office also hosts a monthly event called “Thank-you Thursday” (with an accompanying Slack channel), in which employees are recognized for their contributions. Pre-pandemic, the team regularly met for social and volunteer events.

Many of these campus community ideas sprang from a 2018 survey, in which the Dublin team said they wanted to enliven their workplace culture and promote employee activities.

“We put a lot of effort into community engagement,” said Fiona McElligott, the office’s People & Culture business partner. “We had the support and buy-in from leadership to execute on the activities we proposed. I think we’ve been quite fortunate the employees were keen to get on board, so it’s been a collective effort.”

That effort has paid off with an environment that’s not only welcoming but fun. Systems engineer Megan Jermain said working in the Dublin office is like walking into Cheers — a place where everybody knows your name and that feels like a community.

“The Irish culture is to be friendly to and welcome everyone, which definitely helps,” Pritchard said. “We have a pretty tight-knit group of people and some very close friendships among our team.”

They speak for the bees

Driving employee engagement and community involvement even further, the Dublin office got involved in a honeybee initiative in early 2019. A speaker from a Dublin-based group that works to integrate nature into urban areas spoke to the team about the importance of honeybees. Since then, bees have become an office-wide theme.

Employees have planted lavender plants to draw bees, replaced non-native plants with heather, installed bug motels, and created an environment that is welcoming to spiders. Then it added the bee theme to its communications; the newsletter is called “The Buzz,” and the news broadcast is “Buzz Live.” The Dublin engineering, product and design teams recently adopted “The Swarm” as their moniker for their update meetings.

“It ties everything together under a really positive framework,” Byrnes said. “We also discovered beekeeping is a theme among a lot of different airlines.”

According to CNBC, a growing number of airports are hosting beehives in the unused green space that surrounds them, with some even cultivating the honey.

“Our vision is to try to build a network of beehives around the world between Viasat and our airline customers so we can, in time, swap honey,” Byrnes said.

Until Viasat’s Dublin office can produce its own, it gives each visitor to its offices a jar of local honey.

The innovative work, fun atmosphere and unique site initiatives combine to create a team that’s motivated to move forward together, expanding as they go.

“The way the company fosters events, encourages volunteering, matching donations and fundraising, it’s all been instrumental in helping people form bonds among their colleagues,” Byrnes said. “I think that has returns for the company in that people are much happier to work with people they really enjoy being with, and our productivity benefits from that.”

With continued growth in Viasat’s aviation business, the demands for Dublin’s products — and its workforce — will also expand. Viasat announced in January it had contracted with Delta Air Lines to deliver in-flight connectivity to more than 300 of its aircraft — a development Elliott called “huge.”

“It moves us from being an incumbent to confirming our position in the industry,” he said. “It’s massively important in our ability to talk to key brands who are interested in reaching our customer base.”

Despite the many challenges confronting the aviation industry due to the pandemic, the Viasat Dublin office is ready to go as things begin opening up.

“We’ve come through a really challenging time with COVID, but we are coming out of it,” Elliott said. “And due to the nature of Viasat’s global expansion, our story is a continuing growth story — one we’re dedicating to bringing the best in connectivity, partnerships and user experience.”