With an active volcano prompting evacuations, a Viasat Internet dealer in Hawaii is helping out his neighbors with satellite internet connectivity. 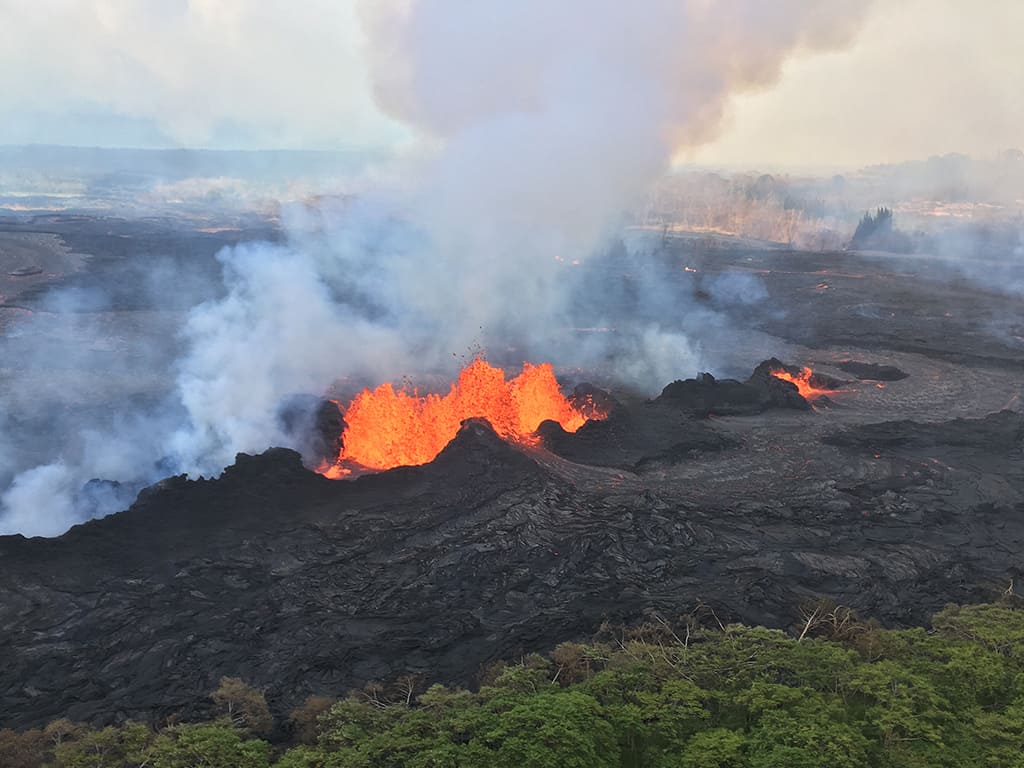 The people evacuated in the wake of the Kilauea volcano eruption are not just a news story to Viasat Internet dealer Rico Ferrari. They’re his neighbors, his customers and his friends.

Ferrari, who owns Big Island Satellite with his wife, Ka'ili Pe'a-Ferrari, lives just 7 miles from the active lava flow. The community center where he coaches indoor soccer is now an emergency shelter.

On May 4, a day after an earthquake triggered a new volcanic eruption, Ferrari installed temporary satellite internet service at the Pahoa Regional Community Center. One of two shelters in the area, it’s an interim home for about 300 people displaced by the volcano. The gymnasium and playing fields where Ferrari’s teams play have been converted into makeshift neighborhoods, with tents serving as houses.

The community center is in a largely undeveloped area unserved by terrestrial internet.

“Because of where it is, there is no internet,” Ferrari said. “We have a great communication with the people there, so we called and asked if they’d like service. We put in a demo account and it’s been up there ever since.”

While Ferrari said he installed the service largely for the volunteers and staff, evacuees are also using it.

“It’s open to all the people, so they can go on and watch the news, catch up with friends, whatever they need,” said Glenn Kokubun, district supervisor for the County of Hawaii’s parks and recreation division. “There’s no TV or radio up here, so we really appreciated it.”

“I’ve known Rico for 15 years through soccer and business,” he said. “He was the first person to put (satellite television) in my house.”

The volcanic activity affects an area Ferrari estimates at 10 square miles, home to about 4,000 people. Most live in the rural developments of Leilani Estates and Lanipuna Gardens, which he described as “one of our largest areas for off-the-grid satellite internet.”

As of May 30, lava was still flowing in both neighborhoods.

Shelter life is especially unnatural for these evacuees, who enjoy an independent, rural lifestyle.

“A lot of people in this area live off-the-grid,” Ferrari said. “They’re on solar, grow their own food and catch rain for their water. They’re pretty self-sustaining.”

A few weeks into the crisis, Ferrari said people are adjusting. 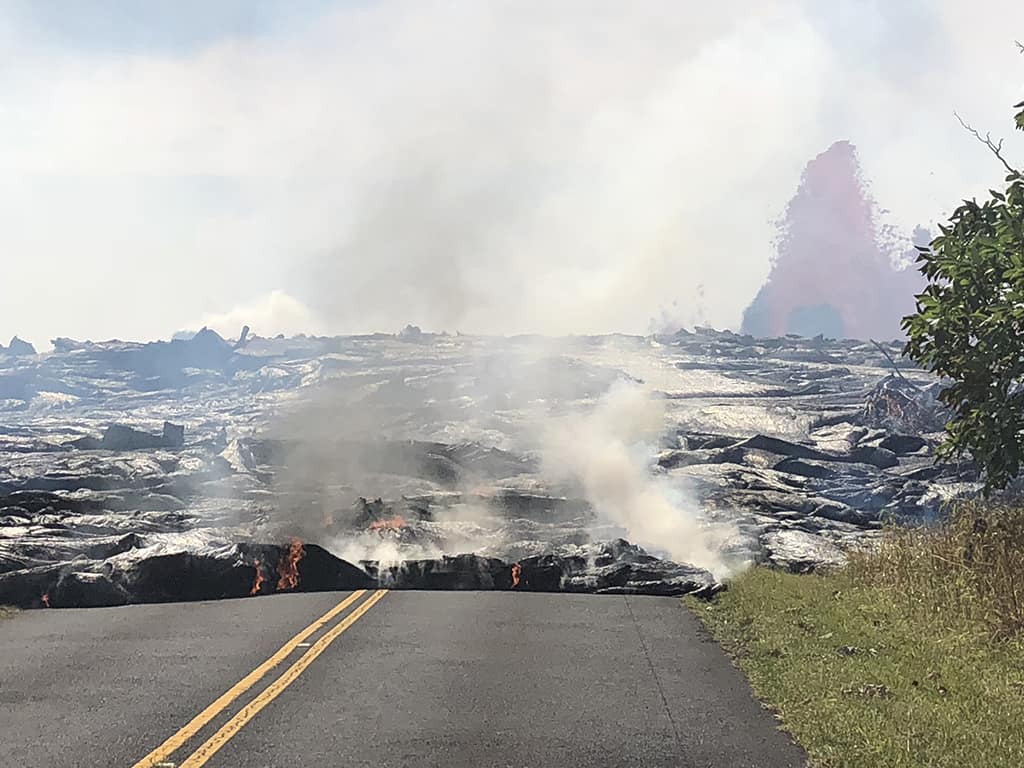 Lava flow from the Kilauea volcano destroy streets in its path to the sea.

“The mood’s not as bad as it was before,” he said. “Everybody’s realizing the volcano is going through its cycle. We all knew we live by a volcano.

“People are concerned about what they’re going to do next. They want find out what’s next in their life, but a lot of them are hanging in limbo.”

The service will stay active until life returns to normal in eastern Hawaii.

A businessman in the area for 17 years, Ferrari said donating the service was an easy decision. Friendship, respect and helping others is just part of life in Hawaii, especially a community where most people know and greet one another by first name.