Before a hearing of the U.S. Senate Committee on Commerce, Science & Transportation in Washington, D.C. on Oct. 25, Viasat CEO Mark Dankberg spoke to the power of satellite to reach a wide audience. 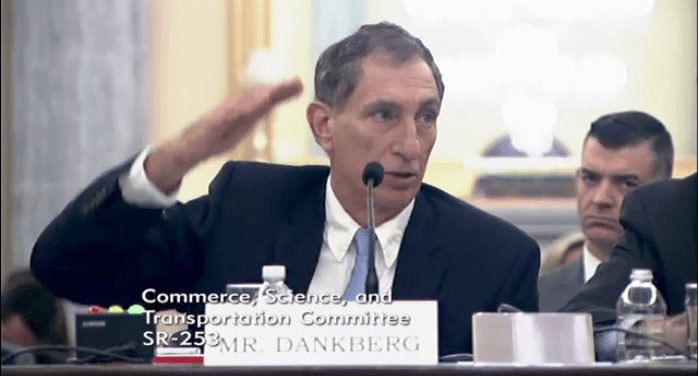 Viasat already has the capabilities and technology to extend high-speed, high-quality broadband internet service, nationwide — from the most remote regions of the country to urban and exurban areas.

In order to be able to continue innovating and providing higher speeds and capacity, satellite broadband needs spectrum. Satellite operators, including Viasat, are now urging regulators to keep spectrum that has been long allocated to them by the Federal Communications Commission (FCC) for future expansion and growth to meet customer demand, and provide additional access to spectrum when sharing with other services, like terrestrial wireless.

As a next step, the FCC is expected to make important spectrum decisions as part of their Spectrum Frontiers orders, on November 16, 2017. We’re asking the FCC to maintain the current satellite spectrum allocations and add additional access on a shared basis, when satellite can work around terrestrial uses, and to not pick “winners and losers” — as that could potentially stifle competition and perpetuate the digital divide. We are asking for a level playing field — a technology neutral approach to regulation — when it comes to allocating the spectrum needed to serve U.S. customers.

That’s the message Viasat CEO Mark Dankberg brought before a hearing of the U.S. Senate Committee on Commerce, Science & Transportation in Washington, D.C. on Oct. 25. Joined by other satellite industry leaders — including Patricia Cooper from SpaceX, Stephen Spengler of Intelsat and Greg Wyler of OneWeb — Dankberg spoke to the power of satellite to reach a wide audience.

Spectrum refers to the bands of radio frequency that over-the-air communications technologies require. The Federal Communications Commission, the agency that determines which frequencies can be used for certain uses, is making important decisions about the use of spectrum for the coming years in the so-called V-bands (37-42 GHz/47-52 GHz range) — long allocated for fixed and mobile satellite. The Commission is considering how to facilitate use of the spectrum, particularly for the cellular mobile component of  “5G” services. The concern has been proposals that would give essentially all the spectrum to the cellular mobile component of 5G.  Such a move by the FCC, Dankberg said, limits the ability of various technologies to bring broadband to all Americans. And, he argued, there’s plenty of spectrum to go around.

“It need not be a zero-sum game,” he said. “There’s no technical argument against spectrum sharing.”

Dankberg noted that Viasat, in partnership with an independent research firm, Roberson and Associates, did extensive testing to demonstrate the ability of 5G service to work well alongside satellite transmission in the V-band. He said Viasat’s technology uses spectrum “extremely efficiently,” and he reminded the Committee that the Company worked with the FCC to reach “a win-win agreement for the 28 GHz Spectrum Frontiers [portion of the proceeding in 2016] — opening new frequencies for 5G wireless while enabling growth in satellite broadband sharing the same band.”

Echoed by the other satellite operators, Dankberg stressed that billions of dollars in investment in advanced satellite technology are dependent on having the necessary spectrum on which to operate.

“Viasat is committed to serving all of America,” Dankberg said. “We just need the spectrum tools to do so.”