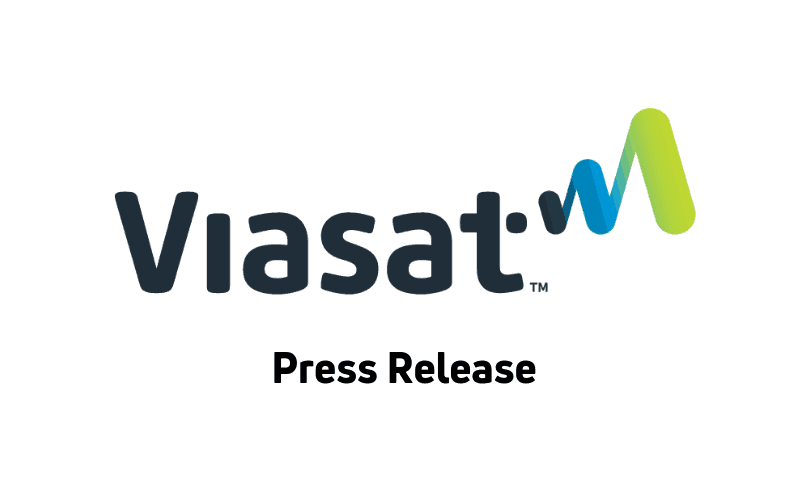 “Fiscal year 2019 was a pivotal year for Viasat,” said Mark Dankberg, Viasat chairman and CEO. “We entered the year with an ambitious growth agenda, and a commitment to capitalize on prior period investments in ViaSat-2, in-flight connectivity (IFC) mobility and defense products. We executed well, transforming sales backlogs into record revenue and compelling Adjusted EBITDA growth. IFC registered impressive market share gains and global recognition for quality and reliability. Government Systems delivered exceptional growth, record new contract awards and expanding market opportunities fueled by investments in innovative Non-Developmental Item (NDI) products. Satellite Services achieved record revenues with greater vertical and geographic market diversification and solid momentum. We’ve also made good progress on our growth initiatives in new vertical and geographic markets – aided by key agreements with global strategic and regional satellite partners. We are energized by the opportunities before us in fiscal year 2020 that are enabled by our unique, highly-integrated technology and business approach.”

2 As the fiscal years ended March 31, 2019 and 2018 and three months ended March 31, 2018 financial information resulted in a net loss, the weighted average number of shares used to calculate basic and diluted net loss per share is the same, as diluted shares would be anti-dilutive.

5 Before corporate and amortization of acquired intangible assets.

For the fourth quarter of fiscal year 2019, Viasat’s Commercial Networks segment revenues increased 21% from the prior year, as the Company continued its rapid IFC terminal delivery activities based on strong customer demand. Segment performance also reflected revenue growth across the Company’s antenna systems infrastructure businesses and other satellite networking areas. Segment operating losses and Adjusted EBITDA for the quarter remained relatively flat compared to the prior year period. Research and Development (R&D) expense for the quarter declined by $7.0 million year-over-year, and held flat on a sequential quarter basis, as the Company progressed through final module test and validation for the Company’s first two ViaSat-3 class satellite payloads, and neared final migration to the capital portion of the project. Highlights for the quarter include:

For fiscal year 2019, Viasat’s Government Systems segment’s record performance continued with revenue growth of 24% to $955.6 million, an operating profit increase of 31% to $180.0 million and an Adjusted EBITDA increase of 22% to $252.0 million, compared to the prior fiscal year.

This press release contains forward-looking statements that are subject to the safe harbors created under the Securities Act of 1933 and the Securities Exchange Act of 1934. Forward-looking statements include, among others, statements that refer to opportunities, growth and outlook for fiscal year 2020 and beyond; satellite construction and launch activities; the expected completion, performance, capacity, service, coverage, service speeds, availability and other features of our satellites, and the timing, cost, economics and other benefits associated therewith; domestic and international expansion plans, including with respect to the expansion of our footprint and service offerings in Mexico and collaboration with Facebook; the number of IFC systems expected to be installed under existing contracts with commercial airlines; and the impacts of new contracts entered into with, and the roll-out, ramp-up and uptake of products and services by, and services to be offered by, our airline partners and other customers. Readers are cautioned that actual results could differ materially and adversely from those expressed in any forward-looking statements. Factors that could cause actual results to differ include: our ability to realize the anticipated benefits of the ViaSat-2 and ViaSat-3 class satellites; unexpected expenses related to our satellite projects; our ability to successfully implement our business plan for our broadband satellite services on our anticipated timeline or at all; risks associated with the construction, launch and operation of our satellites, including the effect of any anomaly, operational failure or degradation in satellite performance; our ability to realize the anticipated benefits of our acquisitions or strategic partnering arrangements; our ability to successfully develop, introduce and sell new technologies, products and services; the number of purchase orders that are submitted and accepted for the installation of IFC systems with respect to aircraft under contract; audits by the U.S. government; changes in the global business environment and economic conditions; delays in approving U.S. government budgets and cuts in government defense expenditures; our reliance on U.S. government contracts, and on a small number of contracts which account for a significant percentage of our revenues; reduced demand for products and services as a result of continued constraints on capital spending by customers; changes in relationships with, or the financial condition of, key customers or suppliers; our reliance on a limited number of third parties to manufacture and supply our products; increased competition; introduction of new technologies and other factors affecting the communications and defense industries generally; the effect of adverse regulatory changes (including changes affecting spectrum availability or permitted uses) on our ability to sell products and services; orbital arc congestion affecting availability of Ka-band spectrum; the effect of changes in the way Ka-band spectrum is used by others; our level of indebtedness and ability to comply with applicable debt covenants; our involvement in litigation, including intellectual property claims and litigation to protect our proprietary technology; and our dependence on a limited number of key employees. In addition, please refer to the risk factors contained in our SEC filings available at www.sec.gov, including our most recent Annual Report on Form 10-K and Quarterly Reports on Form 10-Q. Readers are cautioned not to place undue reliance on any forward-looking statements, which speak only as of the date on which they are made. We undertake no obligation to update or revise any forward-looking statements for any reason.

Use of Non-GAAP Financial Information

To supplement Viasat’s consolidated financial statements presented in accordance with generally accepted accounting principles (GAAP), ViaSat uses non-GAAP net income (loss) attributable to Viasat Inc. and Adjusted EBITDA, measures Viasat believes are appropriate to enhance an overall understanding of Viasat’s past financial performance and prospects for the future. We believe the non-GAAP results provide useful information to both management and investors by excluding specific expenses that we believe are not indicative of our core operating results. In addition, since we have historically reported non-GAAP results to the investment community, we believe the inclusion of non-GAAP numbers provides consistency in our financial reporting and facilitates comparisons to the Company’s historical operating results. Further, these non-GAAP results are among the primary indicators that management uses as a basis for evaluating the operating performance of our segments, allocating resources to such segments, planning and forecasting in future periods. The presentation of this additional information is not meant to be considered in isolation or as a substitute for measures of financial performance prepared in accordance with GAAP. A reconciliation of specific adjustments to GAAP results is provided in the tables below.