Addition of Community Wi-Fi hotspots will include installations at schools, libraries, healthcare centers and other institutional spots where the service will bring the most benefit. 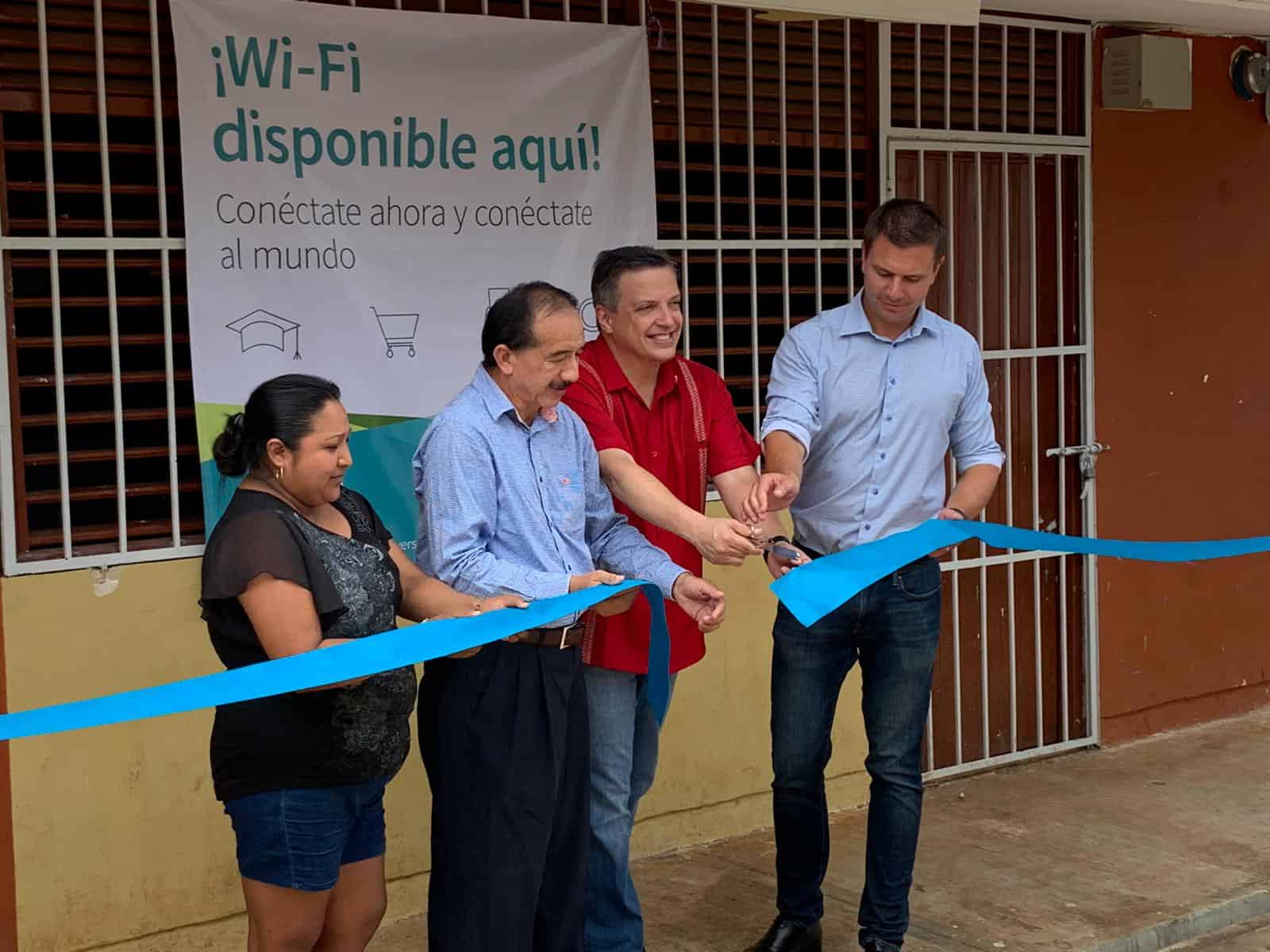 Addition of Community Wi-Fi hotspots will include installations at schools, libraries, healthcare centers and more

Viasat recently kicked off the first installation and activation of 75 hotspots in different cities in Mexico that will have free Wi-Fi connections. The announcement, made April 27 in Quintana Roo, Mexico near Cancun, is part of Viasat’s ongoing commitment to bring high-speed broadband via satellite to people all around Mexico.

Mexico’s Ministry of Communications and Transportation will select the places where internet connectivity is most needed, including schools, libraries, healthcare centers and other institutional spots where the service will bring the most benefit.

The April 27 announcement took place during the opening of the first of these connection spots, in Dimas Sansores telesecundaria (middle school), located in the Agua Azul community in Lázaro Cárdenas, Quintana Roo.

“The goal is to incorporate as many communities as possible into the digital world through satellite internet,” Cohen said. “This effort started a year ago with the installation of antennas, modems and connection spots to offer the Community Wi-Fi service in different rural communities across the country.”

Cohen said the installation of the free Wi-Fi service began mid-April, along with the donation of several laptop computers. The communities already connected include Agua Azul in Lázaro Cárdenas, Quintana Roo, and Nuevo Tesoco in Tizimín, Yucatán.

“We expect to install the remaining 73 hotspots within the next few months,” Cohen said.

The Dimas Sansores telesecundaria in Quintana Roo was one of the first to get the free Viasat  Wi-Fi equipment and ability to access the service at no cost to the end user. The service will benefit more than 150 students of the secundaria (middle school) and bachillerato (high school).

“That changes the students’ lives,” Garcia said. “Now that we have a signal, there is an interest for using the internet, and the students lose the fear of using these tools.”

Garcia noted that, while the school has had the computers for five years, they weren’t able to connect them unless someone used a USB hotspot.

The Viasat hotspots will provide continuous service for free to students, enabling them to access much needed educational tools online.

Nichole Rostad is a Colorado native with a strong passion for Spanish literature, language and culture. She’s excited to be part of the Latin America Community Wi-Fi team at Viasat. In her free time, Nichole enjoys traveling, spending time with her dog, family and curling.