Advancements in technology enable the Viasat WiFi Gateway to accommodate the higher speeds and faster data flow generated by our ViaSat-2 satellite. 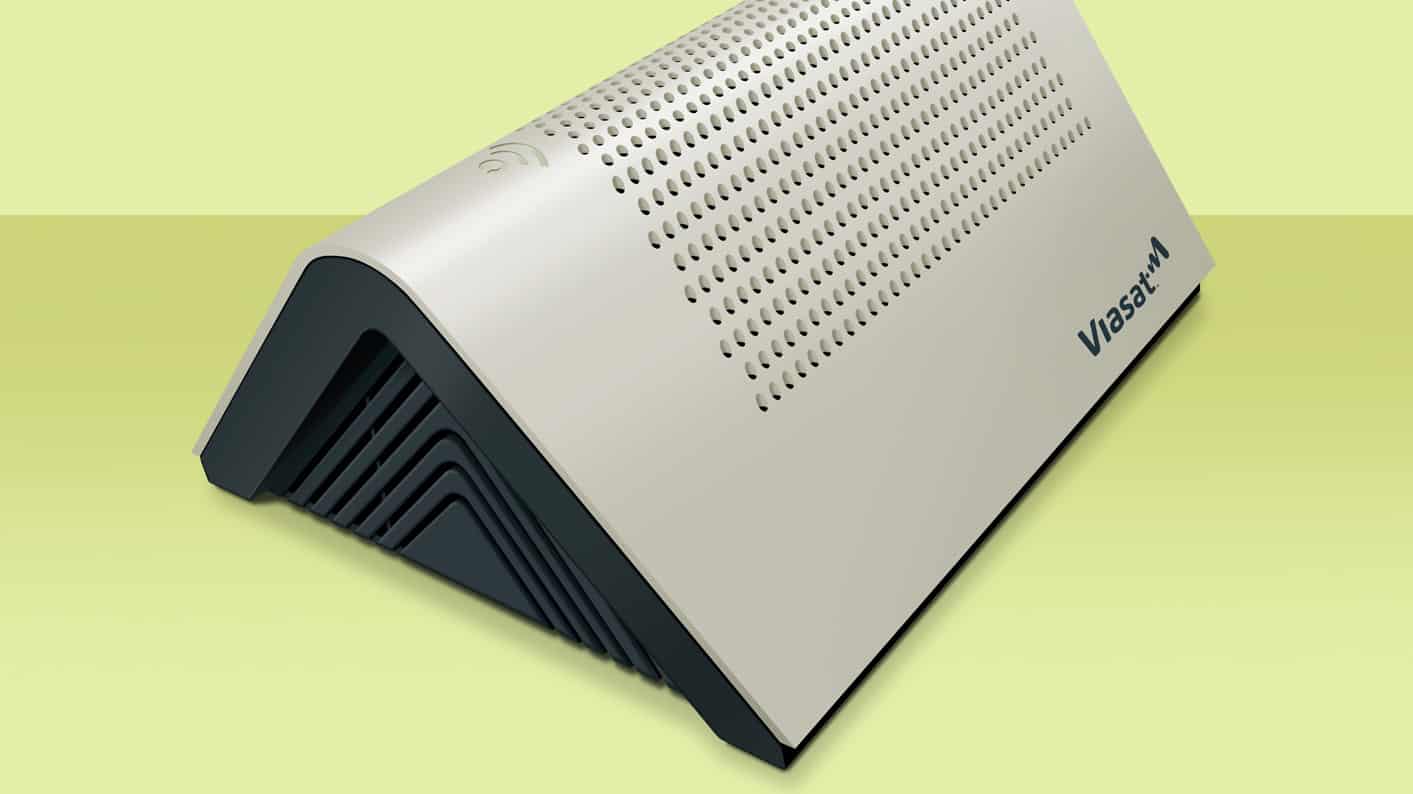 The WiFi Gateway included with our new ViaSat-2 service has a lot in common with its predecessor, but its thoughtful design gives it the power to keep pace with our latest satellite.

Similar to our WiFi Modem, it combines a modem and wireless router that powers your home Wi-Fi network, and is designed to support our VoIP phone service. With advancements in technology made since we designed the WiFi Modem, the Gateway can accommodate the higher speeds and faster data flow generated by our ViaSat-2 satellite.

Before we look inside the Gateway, let’s talk about its looks.

Most internet service provider gateways are either tall and thin, or short and squat. A few resemble our square WiFi Modem. But the WiFi Gateway is fairly unique, with a distinctive appearance in line with its unique abilities.

The WiFi Gateway’s triangular shape makes it an attention getter, but there’s logic behind the design. The sloped sides provide more ventilation than a flat surface, meaning it can dissipate heat more efficiently than other designs, helping to keep the WiFi Gateway from overheating – an important attribute in such a capable device. An overheated modem or router can slow down data or even cause your internet connection to drop.

The design also makes it tough to put books, boxes and other ventilation-blocking items on top of it.

Because the WiFi Gateway is designed to decode the complex signals and quickly route the resulting data from our powerful ViaSat-2 satellite, it’s built on a high-power platform.  But, like any high-end computer, the gateway also generates quite a bit of heat – even more heat than our previous modems – which makes efficient cooling of the internal hardware even more important.

The shape serves another purpose. Tall, thin routers easily can tip onto their sides. That not only creates another potential overheating scenario, it leaves the internal WiFi antennas in a less-than-ideal arrangement. The WiFi Gateway’s triangular base keeps it stable, and its wider footprint creates space inside so the internal antennas can be positioned for optimal WiFi reach.

Inside the WiFi Gateway

As unique as its appearance is, the technology inside the WiFi Gateway is what really sets it apart.

It operates on the latest 802.11 Wi-Fi protocols, standards that ensure networking equipment works with devices created by different vendors. The WiFi Gateway’s 802.11ac protocol and antenna design enables the same fast speeds and broad coverage available in the majority of WiFi routers offered by electronics retailers.

The Gateway broadcasts on both 2.4 and 5 gigahertz (GHz) frequency bands.  The ability to use both bands means that devices can connect to the frequency band with the best connection, eliminating the need to compromise.

The 2.4 GHz frequency has an extensive range and can more easily pass through obstacles like walls and floors. However, because almost all devices are compatible with this frequency band, the communication channels are narrow, sometimes busy, often are noisy and, as a result, can be slower and less stable at long range. Although it’s maximum range is shorter than 2.4, the 5 GHz band is less commonly used and is not as susceptible to other sources of interference, making it a great second option for compatible devices.

With many routers, the setup options are limited – you have to choose between the 2.4 and 5 GHz band. But the WiFi Gateway’s router is concurrent dual-band, so it operates in both bands – even switching devices from one to another to access the clearest channel for the best possible connection at any given time. Customers can also manually switch between bands.

Further boosting the WiFi Gateway’s performance, it’s built with a wireless technology that uses multiple transmitters and receivers to transfer more data at one time. Our device is capable of 3x3 Multi-User, Multiple-Input Multiple-Output (MU-MIMO), which transmits and receives three simultaneous streams on information. That’s like using a three-lane highway instead of a one-lane road; with a 3x3 MU-MIMO, your data can get around back-ups and other interference and to its destination more without slowing down.

The Gateway also has two extra gigabit Ethernet ports that can be used to connect additional devices, such as a laptop or desktop computer.

Altogether, it’s a powerful device to support the Viasat Internet in your home and manage multiple devices, Internet of Things (IoT) gizmos and gadgets and lots more.